Yesterday, I drove up to Irvine to get some parts from Shimano. I was talking to Wayne Stetina about some of the “happening” recently concerning professional cycling. Wayne’s newphew is Peter Stetina, Dale’s son, and rides for the Garmin Team. He has very, very good genes.
We were just catching up and talking about various things and one thing that came up, when talking about the “USADA episode” is that they, USADA, pretty much just told everyone, all riders, that their testing sucks, and that there is hardly a chance to get caught through testing, if you’re cheating. It wasn’t exactly it, but that the essence of that part of the conversation.

Here we have at least 5 riders, 6 if you include Lance and they’ve taken 100’s of drug tests and not one positive. That is along with this biological passport. It is all a waste of time, in my opinion, and needs to be taken back to square one and start over.

So, last night, Don, Sue and I were out eating with some of Sue’s co-workers and one of them is a beer expert. The woman was really into beer, like seriously. She said she likes Belgian sours, whatever that means. I need to look that up. I told her my all time favorite drug testing experience. She liked it, so I’ll post it here.

I was racing the Belgium World Cup on MTB bikes in Hoffalize, Belgium and got called for random testing, I think, since I never came close to finishing on the podium there. Anyway, I went to testing and there was my friends Thomas Frischknecht, from Switzerland and Rune Høydahl, from Norway.

The race was a muddy mess and we were done. For liquids to drink, they had bottled water, of course, soda and these liter Belgian beers. It was the last race before I was heading back to the states and figured I wouldn’t see those guys for a while. So, we decided to have a beer to say goodbye. Pretty soon, the old doctor came out to get one of us and Thomas went in. Rune and I talked and we finished our first liter. Then Thomas came out and Rune went in. Thomas still had most of his beer and opened another for me. Rune took a while and I had time to finish my second liter of beer. I said goodbye to those guys and got up to go back with the doctor.

Immediately I realized I was jacked. I could hardly stay upright. It was a lot of beer for me, on an empty stomach, plus I’d just finished a 2 1/2 hour World Cup MTB Race. The doctor was ancient and was barely shuffling down the hallway. I had to use both hands on the wall to stay upright.

I got back to the bathroom and picked my specimen collection thing out of the box and pull my shirt up over my nipples. When I dropped my shorts, there was mud everywhere. My privates were cake completely. I was way too unsteady and was trying to balance with one hand on the wall and one holding the cup. But, that wasn’t working. Eventually, I just put my head against the wall and used my hands for the cup and accuracy. While I was concentrating on the task at hand, lots of dried dirt was falling off into the plastic container. But, I got the flow going and couldn’t really stop it. I filled it to the top and when I looked, I would have guessed it was full of pond water. No yellow color, just muddy water.

I was so wasted, I just handed it over to the doctor and they guy didn’t say a word. I’m pretty positive he didn’t speak English, but I never heard him utter a sound. I couldn’t believe that he was going to seal up those two samples. Anyway, I went through the rest of the process, signed my name and left.

I went back into the lobby and grabbed three more liters of beer and put them in my jersey pockets. We were staying 5 kms. up a hill and I swear it took me a 1/2 hour to ride back.

When I got back to the hotel and was cleaning up, I looked at the beer labels and realized that they were Trappist Beer and 10% alcohol. I had just drank something equivalent to two bottles of wines. I was surprised I was still upright, let alone moving. And actually, probably from the race, but I sobered up pretty quickly. I guess my body used up the alcohol pretty quickly.

I was sort of interested on the results of the dope test, but never heard anything. They probably just tossed it out when they saw the samples. With all these guys never having a positive test since then, it seems like they kept up with that tradition up to present day. 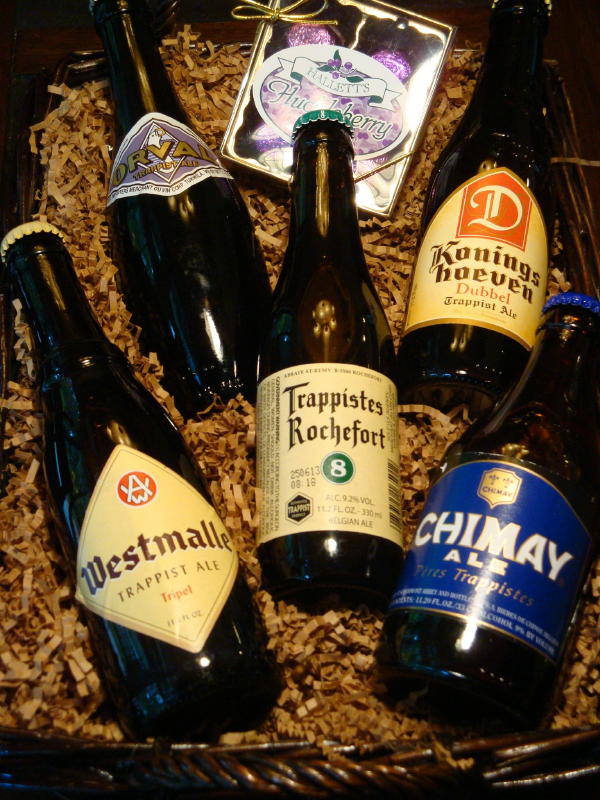 19 thoughts on “Drug Testing and Beer”