Where’s the honor? I understand the issues with the drug situation. It was a jacked up choice for the riders. I fully understand that. And there are casualties. Good guys caught up in a shitty situation.

Here’s the deal guys. Everyone, and I mean virtually every one of the riders that have won major races on the road, between somewhere in the early to mid 90’s to somewhere relatively recently, took drugs to compete. Sorry, but that is just how it has to be. The facts speak for themselves. The drugs were/are too good. I’ve personally witnessed how much better these drugs make a rider and there would be virtually no way to humanly compensate and compete at that level without the aid.

So, now we can split the whole group, those riders who won events, into two groups. The riders that have been caught and the riders who haven’t. The guys that were caught were mildly unlucky it seems, unless you rode with Lance. Those that didn’t get caught, as of yet, should be thanking their lucky stars.

So, there it is. Let’s stop being surprised, there aren’t any in this respect.

What’s really bothering me now about the whole thing is the extent that these guys will go to protect their legacies. “I did it until 2006 and then it suddenly became too much to handle morally.” Huh? Can you imagine training and racing supercharged for years and then go back to racing normally aspirated? I’m guessing it would feel something like you had the flu 365 days a year training.. Plus, you would have no mental capacity to race one bit. It seems like it isn’t in human nature to allow it to work.

I already ranted about the simultaneous confessions of Lance’s team mates. Pretty contrived. Now, Bobby Julich seems to be continuing the bullshit. His issue, or problem, is that he has an Olympic Bronze medal hanging on his wall. No wait, I guess he should now have an Olympic Silver medal hanging on his wall, since Tyler gave his Gold Medal back. And I’m sure Bobby wants to keep it. 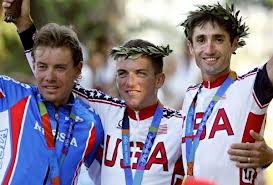 So, the way I see it, he has to make up this convoluted timeline and excuses to do just that. I guess he confesses to doping during the 1998 Tour de France, where he finished officially 3rd. I’m wondering if he thinks this is a good trade for keeping his medal? Bobby wants us to believe that he raced “clean” from July of 1998 until he retired in 2008, during a very polluted time for our sport? He rode for Cofidis, Telekom and CSC during these years. Wow, he must have been resolute in his anti-doping decision.

Here’s an excerpt from Bobby’s Wiki page. I sure hope he didn’t write this, but I’d bet he’s read it a few times. I don’t know how he could allow it to be in print, I really don’t.

Following the doping scandal of the 1998 Tour, only 96 of 189 riders completed the race, and Bobby Julich finished third on the podium with winner Marco Pantani and runner-up Jan Ullrich. It became clear later that Julich was the highest placed rider not using performance enhancing drugs during the 1998 race and is thus the de facto if not the official winner.

I remember seeing an interview with Bobby back in 1998 complaining about why everyone is asking so much about the Festina affair when the real news is out on the road.

Anyway, this seems to be just another case of a guy that made a mistake that is trying to cover his ass. Why couldn’t he have just said, “I have to leave the Sky Team because I couldn’t conform to their anti doping policies. I used performance enhancing drugs at certain times during my career and told them such. Thus, I am not longer employed by them.”

Then he could have went on and said how clean the sport is nowadays and how he would love to be working with our young up and coming pros, which is what he was supposed to do for Sky, with Joe Drombrowski and Ian Boswell. I don’t have any idea whether he would be the right person to be mentoring these kids. He might be the perfect guy, really, but he doesn’t get a chance this time around.

Can’t one of these guys just fess up with some sort of honesty and honor. Just take it like a man. Everyone wants to get to be involved in the sport still. I don’t blame them. It is a nice way to spend it. I guess it’s up to “the sport” to work this all out and decide if it wants these guys around still.