I buried our cat Willow last night. I buried her under her favorite tree that she used to climb onto the roof of the house. It is by the back door which is constantly used by Bromont and the rest of the gang. She won’t be bored for sure.

Pets dying are a part of life of a pet “owner”. I don’t really believe that humans own their pets. I think they cohabitant and are each other’s companions. But, this was different. There is a pretty high chance that I ran her over with my car in the driveway. I’m not positive, but there isn’t any other explanation.

The weird thing about that is she is a quick cat. A ex-feral cat. Not a lay around, let people walk around me cat.

We came upon Willow, or more appropriately, she came upon us about 10 years ago. There was this large kitten, small cat living in a wood pile in our back yard. I didn’t really see her much, but there were a lot of sightings. Trudi eventually started leaving food out on the back porch. I told her that if she left food, it was going to come inside.

So a couple nights later I set up a trap. It was actually like on TV, a plastic laundry basket, held up with a stick with a string tied to it, going to the window. I put some food out, turned on the back porch light and waited. Nothing. For maybe 3 hours until after midnight.

The next morning I woke up and Kris has left a note on the kitchen counter. There is blood everywhere. The note says that he caught the cat, it’s in the back bathroom and it bites.

Bill comes over to ride around 10 and he wants to see the cat. So, we go and open the bathroom door. It looks like the Tasmanian devil has gone through it. She is on top of the top curtain rod looking like a rabid bat. We shut the door and went riding.

Kris wakes up just a bit later. He goes down to the bathroom, looks in and thinks I’ve taken her to the pound. So, he cleans up the bathroom and proceeds to take a shower. While he’s showering, he looks up and sees the cat up on the curtain by the ceiling.

So Kris goes out to the garage, nude, and gets some welding gloves and goes back into the bathroom and grabs her. Then he takes her to the kitchen sink and gives her a flea bath. There is nothing that calms young cats down like getting the really wet. I’m not kidding here. They become super docile.

Anyway, the cat lived in the back bedroom for a couple months. Then, late at night it started prowling around. After a few months, it walked around the house in the light. Eventually, it lost its fear and lived among us.

The only time I come close to religion is when a pet dies. I make up a Indian-like scenario where the animal’s spirit gets to hang in its favorite places and stays around.

I try to think about what could have gone differently during the day to change the time sequence and thus the one in a million chance that our paths crossed. Just about anything for me.

A exhaust manifold stud that was striped took an extra two hours of attention. I would have been riding, but for that bolt. Looking for a socket for just that much longer. Listening to the engine longer before I started driving. And her list would probably be longer. A moth that didn’t fly by. The squirrel found its acorn and ran up the tree 15 seconds before she came around the corner. Just about anything once again.

Life can end so abruptly. I honestly don’t think my life is any more valuable than Willow’s. I just don’t. And I value my life, to a certain extent, so I must value her life.

It took a while to cut through the tree roots and get below the layer of clay. She was in a fleece pillow case. Burying pets, it seems so wrong scooping in the first shovel full of dirt. I think I project myself there, or something like that, but it just seems is so horrible.

Anyway, it is now close to 2 am. I just got back from riding my MTB around Washburn University. It is cathartic. At least for me. It helps to sort and maybe even purge some of the stronger emotions. I’ve always had that to fall back upon. I’m lucky. 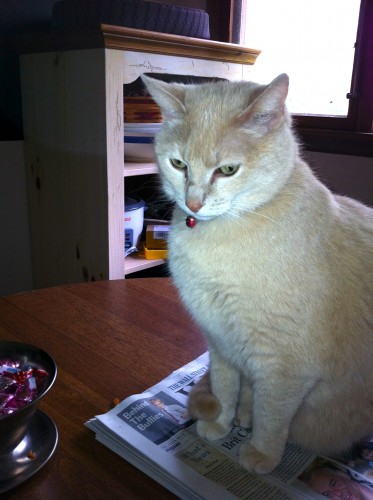 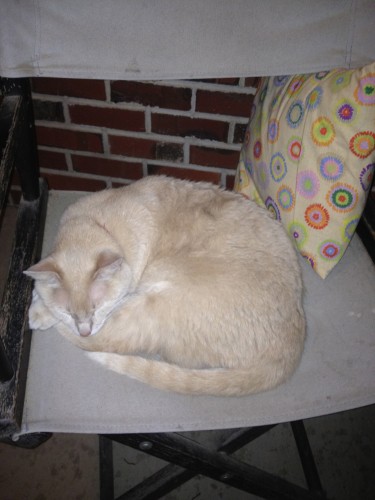