Yesterday, after I did my post, I decided to play hooky for the next fray and get some stuff done, plus do my daily 65 mile gravel ride to Lawrence. I’ve only done it 4 out of the last 5 days, so it isn’t actually daily yet. It isn’t like I didn’t want to participate in the discussion, it was that I figured it was going to be so overwhelming and tiring that it would be okay just sit it out.

I had about 16,000 hits on this website, so I can’t imagine what Cyclingnews and Velonews did. I don’t think it is over. The information is probably going to just keep on coming. Maybe for months.

One thing that I was wondering about is why the USADA case is only about American riders. And I have to do a disclaimer here, I have not read a word of the filing. I’ve only read the confessions of most of the riders named. I have wondered, and maybe they are all named here, but where are Viatecheslav Eskimov, Janez Brajkovič, Yaroslav Popovych, Gusev, and even Contador names? And a ton more. Plus, some other Americans that surely had to be invovled. I would think that everyone taking part was named. Maybe someone out there that has delved into the 200 to 1000 pages has the answers?

Anyway, I skipped the media frenzy and exhausted myself other ways. I’ve been pretty much running out of juice riding at just about the 3 hour mark. I’m not sure if it is because it is gravel, so lots of resistance, plus it has been windy and I’ve been riding by myself. Whatever the reason I’ve been dragging the last 45 minutes or so.

Plus, our sewer backed up yesterday, so I spent until 1 am unclogging it. I don’t think I did a very good job. I’ve rented sewer augers lots and lots of times. But, I didn’t have very good luck yesterday. The first one was really junky and broken. So much so, that I took it back to Home Depot and got another one. He gave me an ungraded, self-feed model that turned out to be nearly as bad. The line was clogged about 90 feet out. It has been so dry that the tree roots have no where to go to look for water. Anyway, the auger had a bad kink in the cable about 80 feet out and it kept getting all wound up in the basket. It took hours, upon hours. I can usually have it done in less than 30 minutes.

So, right now my arms are toast from the sewer snake ordeal and I’m way under slept. It might be hard getting on my bike today heading to Lawrence. It is supposed to rain, so maybe I’ll get lucky and get “saved” by the weather.

If it rains, I’ll get to all the comments from yesterday’s post. I saw there were over 50. That is a lot I guess. I’m kind of kicking around maybe racing a local cross race on Sunday in Kansas City. I can’t really see doing 3 in a row next weekend without any cross, if you don’t count a clinic and watching two, under my belt. Nationals and Worlds are still over 3 1/2 months away. I’m trying to start slow and finish hard. We’ll see how that works out. So far, it seems like I’m a little tired for having rested for two weeks. But, as I said before, the experiment isn’t over yet. 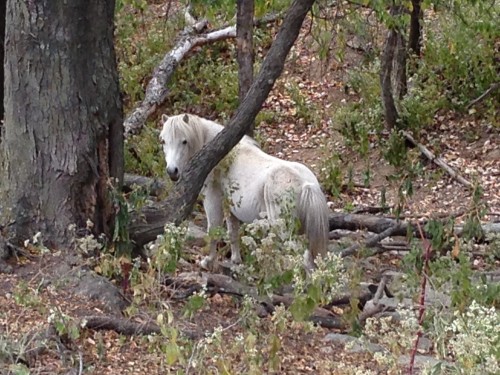 I saw this guy in the woods on the way to Lawrence. He seemed enchanted. 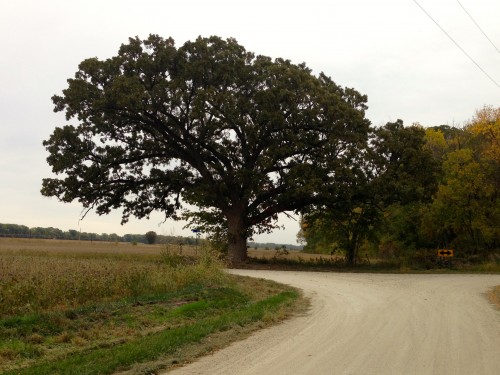 This is my favorite tree in my area. It’s at a t-intersection on my gravel ride. It reminds me of the tree in the Shawshank Redemption. 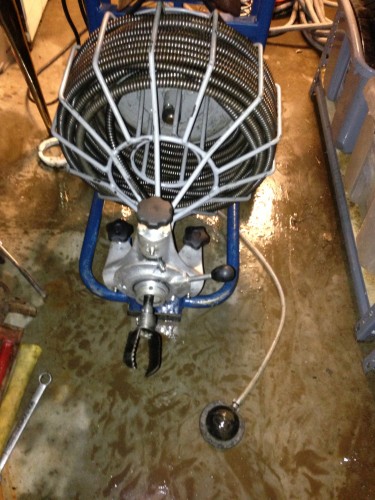 POS rental auger. It never seems to fail that when I rent a machine, I have to fix it before I use it. 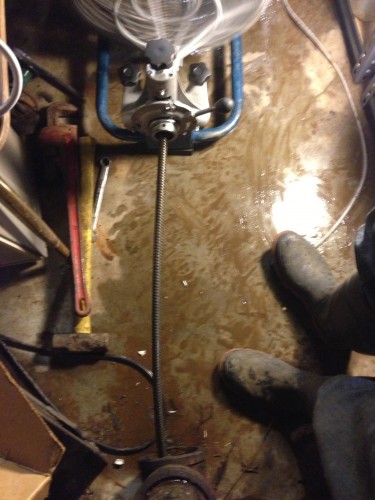 It seemed to be working fine, self-feeding, for the first 5 minutes. Then it went completely south on me. 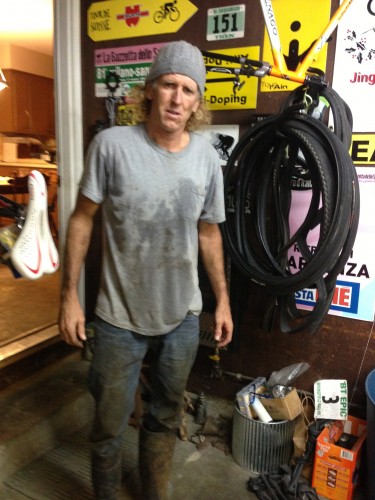 Pretty destroyed at 1 am. My back and hamstrings are toast.

19 thoughts on “Missed all of Yesterdays Lance Excitement”