There is an article here at Cyclingnews.com that says that the UCI won a judgement against Floyd in their defamation case against him. Floyd was ordered to pay Monsieurs McQuaid and Verbruggen, 10000 CHF each and take out ads in a bunch of publications, Wall Street Journal, L’Équipe, Le Temps, NYVelocity, Cyclingnews, Velonation, Velonews and De Volksrant, publishing the verdict, saying he was a liar, liar pants on fire. I wonder if there is anyway I can get my website on that list?

The key thing here is that Floyd didn’t show up. I wonder if anyone has any authority to make Floyd do anything at this point. Internationally, I’d bet it is pretty hard to enforce a judgement like this. (And the beat goes on – Here is an article that states that Floyd was never served.)

The court said that Floyd definitely can’t say any of the following – That the UCI or the above mentioned Monsieurs “have concealed cases of doping, received money for doing so, have accepted money from Lance Armstrong to conceal a doping case, have protected certain racing cyclists, concealed cases of doping, have engaged in manipulation, particularly of tests and races, have hesitated and delayed publishing the results of a positive test on Alberto Contador, have accepted bribes, are corrupt, are terrorists, have no regard for the rules, load the dice, are fools, do not have a genuine desire to restore discipline to cycling, are full of shit, are clowns, their words are worthless, are liars, are no different to Colonel Muammar Gaddafi, or to make any similar other allegations of that kind.”

Wow, they got pretty specific there. Luckily Floyd has put all the “silliness” behind him and has moved on to a more serious endeavor, NASCAR. 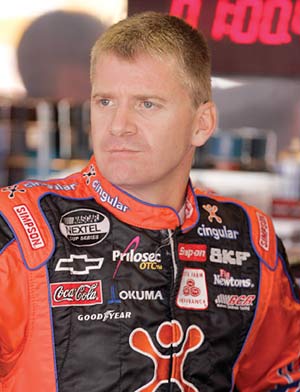 18 thoughts on “UCI “WINS” against Floyd”