I’ve been thinking about this for a while and sort of through circumstance, I haven’t ridden for 4 out of the last 5 days. So, I think I’m going to take 3 or 4 or more days off the bike completely. And, I’m going to try not to be laying on my back on concrete or card board on concrete.

I’ve actually been getting quite a few emails from other riders that suggest I should chill for a little bit. Guys that have sort of had the same experience I have and they were bull headed like me and trained through it. I seems like I have so many chinks in my armor that they aren’t healing while training. I’m hoping a few days is going to be enough.

I haven’t really taken the better part of a week off during the season in years. But, since the season is close to 365 days long now, I think it is my best interest. I’m ging to try to hike a bit. Hopefully the lack of breathing hard will allow my ribs to feel better because right now they hurt worse than they did two week ago.

I hope to catch up on some projects that don’t take a ton of manual labor too, but most of my projects, at least the ones I like, usually involve just that.

I flew out to California late yesterday. I have a few things to do out here, but am really here to hike some up in the mountains. It’s gonna be hot because it is a Santa Anna currently here. I have some new hiking boots, so I’m sure that my feet are going to be destroyed tomorrow.

Lance is out here doing a triathlon. He is competing in the Superfrog Triathlon on Coronado this very moment. The promoter said something like most everyone has made up their minds whether they think Lance doped or not. I wonder if he read this at Cyclingnews.com this morning? You all know how I feel about the whole thing, but it is what it is. I don’t think I’ll mosey down there to watch. I’d much rather walk in the desert mountains. 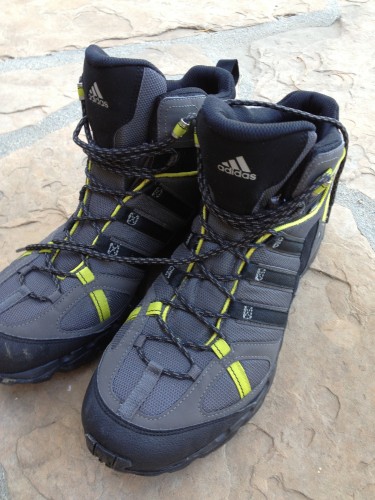 My new boots. They are really light. I hope to use them a whole bunch this winter. 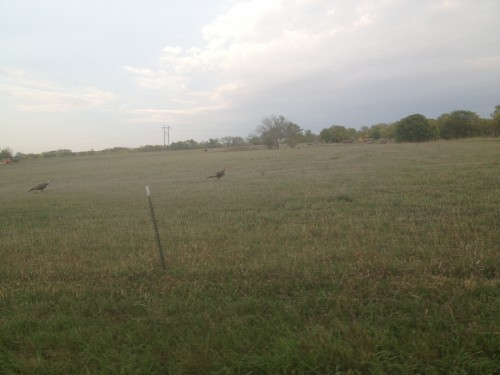 I saw a ton of turkeys a couple days ago riding. These two were the biggest. 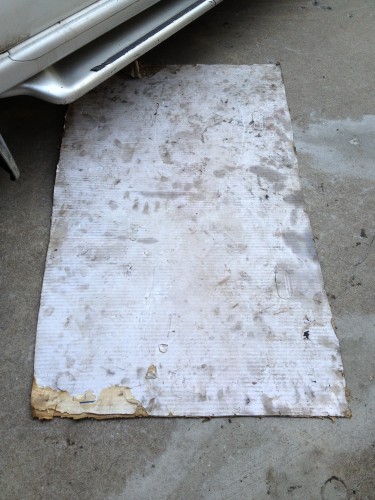 It’s amazing how much insulation and cushion a piece of cardboard gives to you on concrete. No wonder street people are always sleeping on them.