Lance is racing in Crested Butte this weekend on his MTB bike. He could just as easily be racing up here in Northern Wisconsin at Chequamegon. Here is the article, with quotes from the promoter.

“Our thought was, like him or not, doping or not, allegations or allegories, the dude has done a ton for cycling and we wanted to basically to show our support,” said David Ochs, the local organizer for the Alpine Odyssey, which is part of the Leadville Race Series, owned by Life Time Fitness. I have to say the guy is completely off base with his rational.

I agree, this isn’t about Lance Armstrong, whether you like the guy, believe the guy, or even know his name. This is about cycling and the sport of bicycle racing. If this guy wanted to show support of the sport of cycling, then he would be telling Lance, politely, that he has a lifetime ban from racing bicycles and that since he is promoting a bicycle race, you are not welcome. He can still support Lance in any personal way he feels comfortable with, but Lance shouldn’t be racing his race.

I’m not a big rule guy in general. But, there are some rules that aren’t negotiable. This is one of them. When you have a lifetime ban in sport, then you don’t get to compete in sport any more. And when the participates that have such lifetime bans imposed upon them, don’t accept them, then it is the obligation of the promoters to tell them, sorry, you can’t compete.

The Chicago Marathon did just that. Actually, all sports that have signed onto the World Anti-Doping code don’t want these athletes. And cycling is one of those sports.

There are plenty of sports these guys can compete in. Most of the mainstream US sports, football, basketball, & baseball for sure. So, these spurned souls do have options.

Cycling is very unique in sport. Even though it is a big sport worldwide, the competitive aspect of it is small. It’s like a family. And when promoters, such as David Ochs, completely dis-regard the rules that we, as competitive cyclists, have agreed to adhere, then they damage the sport of cycling, not support it. 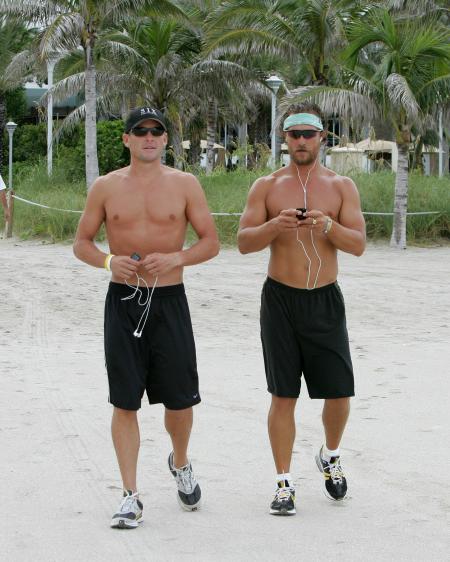 Nothing is stopping him from running with his friends on the beach.

71 thoughts on “This isn’t about Lance Armstrong”