I’m packed up and heading to St. Louis to race this afternoon. It is 100 % chance of rain. Don’t see that very often. I don’t feel good at all. But, sometimes when I race I get better much quicker than just laying low. I probably would consider staying home, but Trudi has a ticket from BMC flying from St. Louis to Quebec City on Monday, so she has to be there anyway. It’s only 4 1/2 hours, so it isn’t a long ways.

I didn’t get to ride yesterday. I put it off to ride the evening ride and then it started raining. We need the rain, but I needed to ride too. It is weird, but there is a much better chance of me doing well because of the wet conditions. I have new Vittoria CG pave tubulars glued on, so you can’t do any better than that.

I missed the blue moon yesterday. It was raining all night and when I took Bromont out there was no chance to view it. Too bad. I pay much more attention to the skys than I used to. Just seems more interesting to me than it used to. Actually, that’s not true. I’m making more time to pay attention to it than I used to.

I like racing in St. Louis. We usually ride to the courses, but that might not work so well if it’s raining all weekend. Monday is supposed to be dry, so at least I have that to look forward to. Bill and Catherine are going with me tomorrow. I hear that Brian might make an appearance if he doesn’t find something fun to do before then.

They opened a new Menard’s Store in Topeka recently and yesterday was the grand opening. I don’t shop much really, but we went by there. I bought a pneumatic hose for my air compressor and some other stuff on sale. They have a huge outdoor lumberyard that you drive into and just load the wood directly into your vehicle. I’m going to exclusively shop there. I hate loading stuff onto a cart and then having to load it into my car again.

I heard Brad Huff won the race last night in the rain in a field sprint. That is the usual outcome of Friday nights race at the Gateway Cup, so it was no surprise. Pat Lemieux said it was the safest criterium he has done all year. But, he has been doing some pretty agressive, sketchy races, so that doesn’t surprise me much.

Okay, I have to get moving. Catherine races at 4:30 and Bill and I at 5:30. Kind of early compared to most criteriums nowadays. 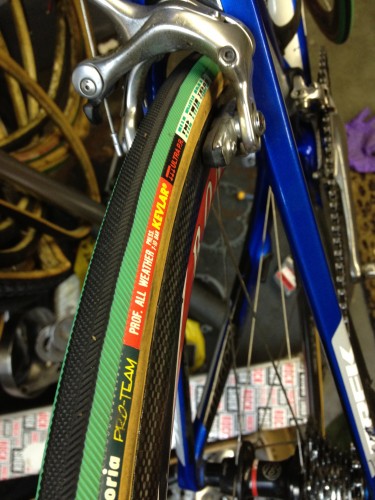 These are the best rain tires by far. I was going to glue them onto some aluminum rims, but then saw these Bontrager Carbon wheels and thought they would work better. Worse braking, faster wheels. 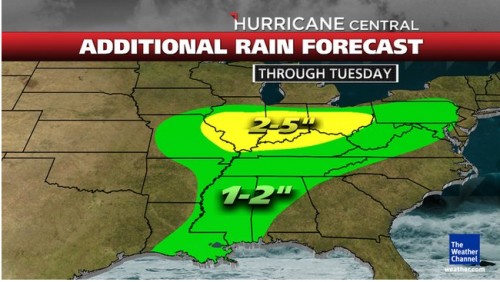 2-5 inches is really a lot. Not sure why I’m heading there now that I think about it. 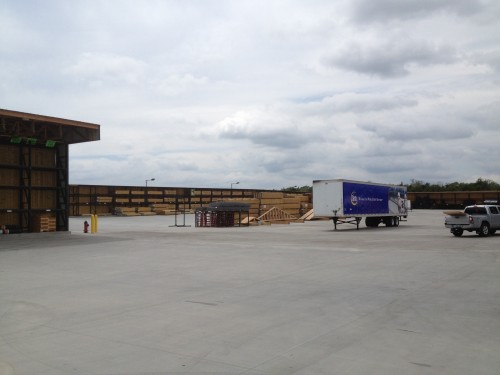 I would have liked to have had the concrete contract for this outdoors lumber yard at the new Menard’s. 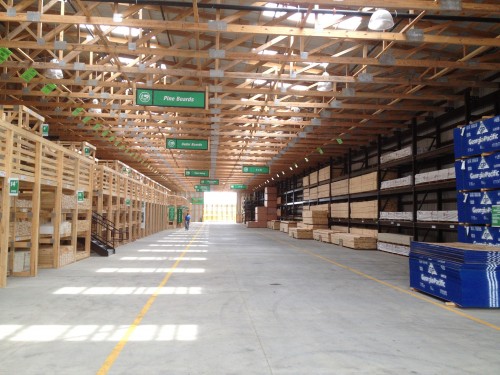 You can drive right through the building too to get cedar and other wood that they cover. The place is huge. 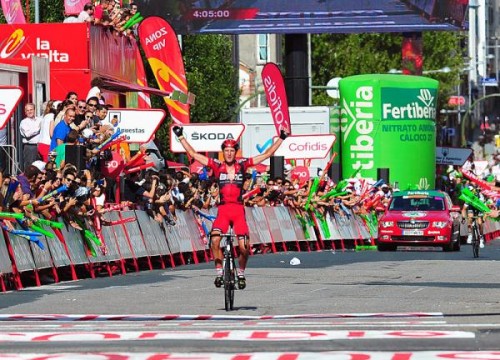 Steve Cummings made a pretty great move 3 or 4 km out yesterday to win the stage in the Tour of Spain. His ex-Sky team mate Juan Antonio Flecha was behind him sort of chasing. He did have enough of a gap to zip up his jersey like a true professional, but we’ll give him a break because of the big move and big result.