I woke up this morning with a knot in my upper back. It has to be from my neck position, descending off Loveland Pass in the rain yesterday. It is mildly depressing. I know that I haven’t been doing long descents in the mountains for a long time, but I still somehow put the “age label” on it too. Maybe not.

I have been descending a bunch the last few days. Off Independence Pass, the riding over Fremont/Climax Pass both directions and now Loveland. I love descending. Not so much on clincher tires, but I don’t really stress too much about that. I was planning on putting some sew-ups on aluminum rims before I came out here, but didn’t get around to it.

I’ve always been pretty good at descending. My favorite descending days was when I was riding for the Levis Team with Roy Knickman. Roy and I, and sometimes Greg Demgen, would get into descending battles every time we trained in the mountains. One year, before the Coor’s Classic, Bill Cockroft from Mammoth Mountain Ski Area, gave us housing at Alt. 9000 for a month. So, everyday we would start the ride with a big descent down to the town of Mammoth. It is too bad there weren’t Garmins and Strava segments then because we would of set some records that never would have been touched.

Talking about descending and tires, back when the Levis team and La Vie Claire shared riders, I went down to Columbia and did the RCN with Bernard Hinault and Co. We flew into the Medellin Columbia airport. The airport is up on a plateau a few thousand feet about the city. A helicopter wisked Hinault away and the rest of the french guys and us decided to ride into town. It is a crazy descent. Switch back after switch back. Not far down the hill, something was feeling screwy on my bike and then I looked over at Thurlow Rogers’ rear wheel and told him to stop. When we stopped, all our tires had rolled over and we were riding on our sidewalls. The tire glue had melted from braking and the tires were just floating around on liquid glue. Plus, the rims were so hot that you couldn’t touch them. It was nuts. I don’t remember how we fixed that for the race, but, we obviously crawled the rest of the way down that descent.

I had one more memorable experience descending. Another year before the Coor’s race we we training in Breckenridge. I was riding with Eric Heiden, descending down the very same descent I did a couple days ago, down from Climax, Fremont Pass to Copper Mt. I don’t remember exactly how this occurred, but Eric hit a 2 x 4 that was on the road. I looked over and could see daylight under his rear tire. I yelled for him not to brake. He put his hand on my ass and I braked to a stop. He completely toasted both his wheels and if he would have pulled his brakes, he would have fallen instantly for sure. Again, I don’t remember the remedy, probably a foot on the rim, but we did get back to Breckenridge on our own.

Anyway, I’m going to be some more descending the next few days. I hope this knot gets better soon. I hate excuses. 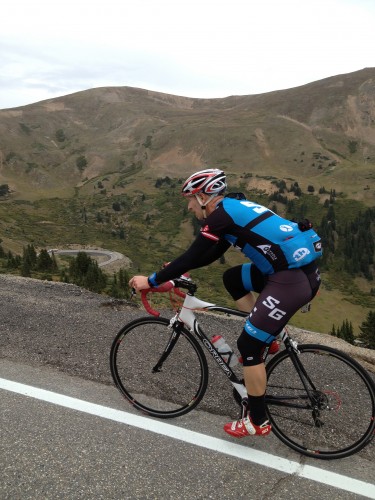 This is my friend Jeff Unruh, from Topeka, climbing up Loveland Pass yesterday. 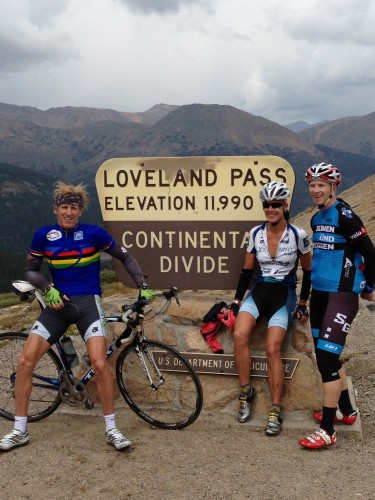 Sue, Jeff and I at the top of Loveland Pass yesterday. 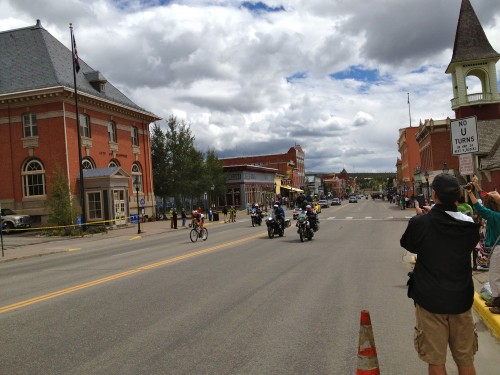 Jens riding through Leadville a couple days ago on his way to his stage win in Beaver Creek. 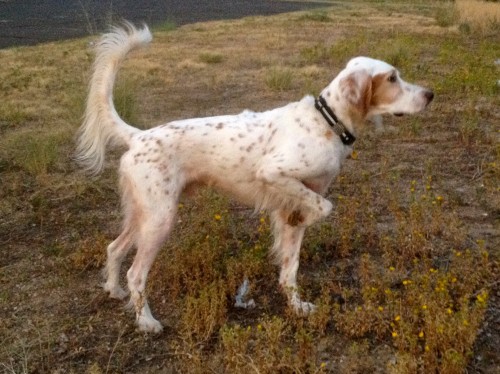 I can’t not put this picture of Bromont pointing Prairie Dogs. He looks so regal.