I’m staying in Silverthorn Colorado now and was hoping to ride from here to Leadville and back soon. But, it looks like it is going to be raining most of the day. That will be miserable for the guys racing from Aspen to Beaver Creek. Descending Independence Pass early in the race in the rain could make for a big selection and long day for some.

I missed the end of the race yesterday in person. I had been out for a ride and came back and was showering in Trudi’s room and watching the race on TV. When Danielson crested Independence Pass and started down I went out to go see it live. The problem with that plan was the the TV is time delayed. By something like 20-30 minutes. By the time I was standing on the course, the stragglers were coming by. That was mildly depressing since the finish was exciting with Tom Danielson barely held off a charging chase. I had and still have no idea why that is. I was pretty positive that I was watching the race as it was happening.

I really like Aspen, as it is a beautiful town, crazy dog friendly and has a nice feel. The main problem is that it is crazy expensive. Like off the charts, London England expensive. A muffin could cost you 6 bucks. Some guy told me he was charged $18 for a glass of house red at a meatball restaurant. That isn’t even addressing the real estate. The prices in Aspen make Vail seem cheap. And Vail is nuts. I guess it is one of those places that you can visit every once in a while, for a very short period, and just know it is there.

Okay, the sun just came out. I guess I should suit up and head out. It’s about 75 miles round trip from here to Leadville. The race is going through there between 2 and 2:45 pm. I don’t mind riding in the rain. I actually enjoy it. But in the mountains, sometimes when it rains it is really cold And standing around, really cold, waiting for a bike race to come by isn’t my cup of tea. I’d just assume be moving. 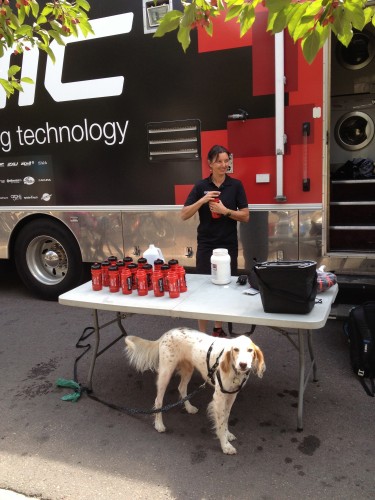 Trudi was looking after Bromont yesterday when I was riding. He fit right in. Maybe he could travel some with the team? 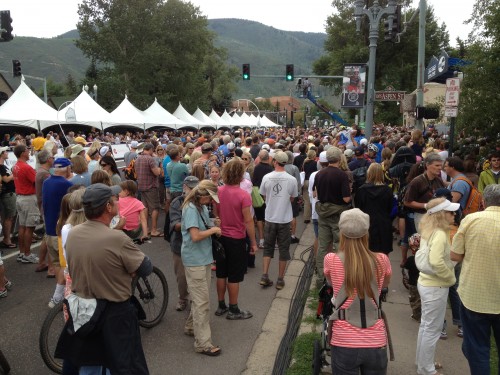 The crowds in Aspen were pretty good. I don’t think they are nearly as big as the Coor’s Classic days, but that was a different time. 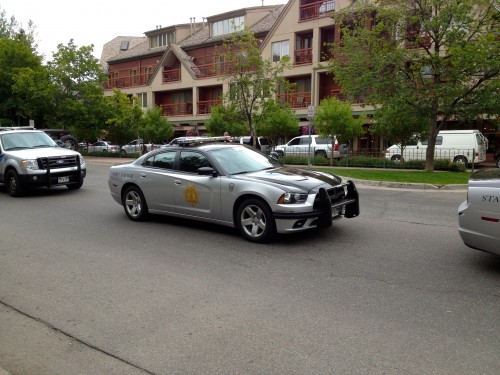 There was tons of state trooper motorcyles and cars around after the race. I have an issue with the police having such ominous looking vehicles. I don’t get it. Shouldn’t the police have vehicles that don’t threaten the general public? I remember when I first came to Aspen in the ’80 and they were using Saabs as their police cars. I loved it. 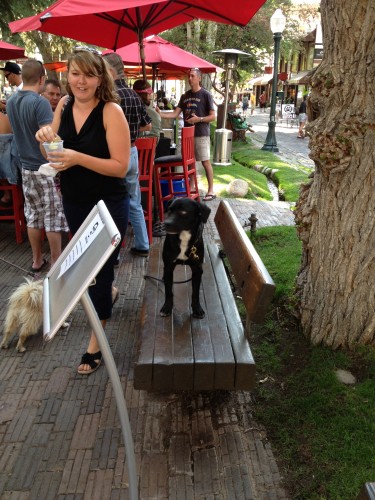 Dogs everywhere. I don’t know who this guy belonged with. 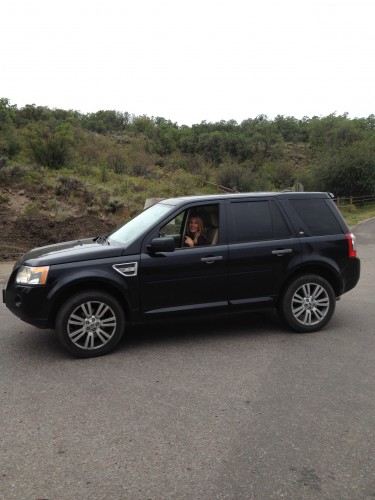 The people around Aspen are super friendly. We were riding up by Snowmass a couple days ago and it was barely drizzling. This woman stopped and said to feel free to use here house that was up around the corner. She said it was the yellowish house, but to be sure to go into the main house and not the guest house. And feel free to have some coffee or whatever. I’m not sure I’ve ever had a more open invitation by a complete stranger. 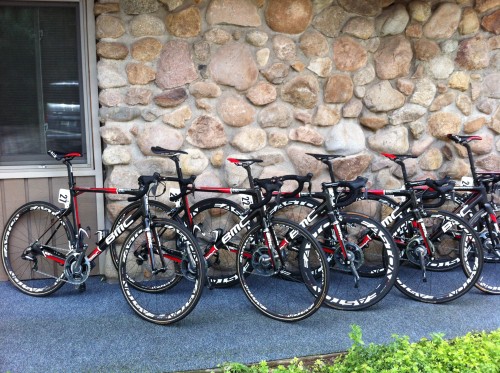 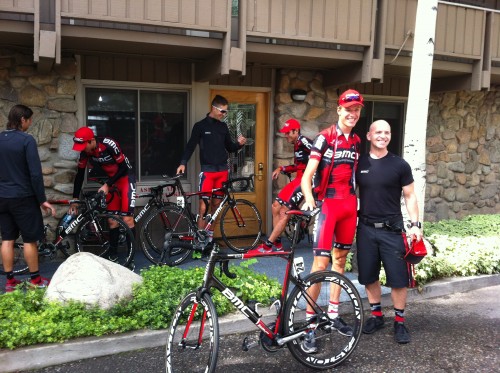 BMC guys getting ready to ride to the start. 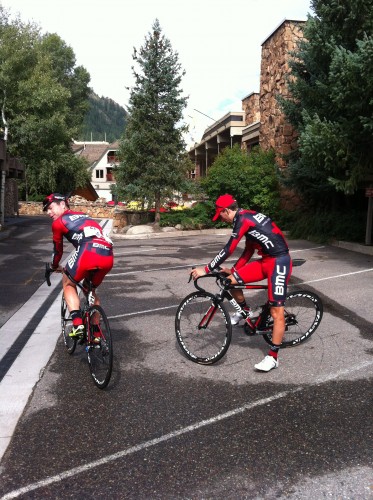 Cadel heading out a little while ago.