Yesterday I had planned to ride a couple hours before the club ride and then go out again for a couple hours. But, it didn’t work out.

I have some vacant land in Central Topeka. It’s a long story about how I ended up owning it sight unseen, but it has been a pain in the ass for the past decade. It is 13 fenced acres. People seem to want to dump their trash on it for some unknown reason to me. Laziness is the only explanation I can come up with. And $$$$. When I got the land, it had two train cars and a couple semi trailer trucks on it. Bill and I spent the better part of two weeks cutting the railroad cars up with a cutting torch to take them to metal recycling. I have been trying to get someone else to come by and get the semis. I don’t have that problem anymore.

Someone went over and cut the cable at the entrance and proceeded to dump 100 or so tires, plus a few old TVs and misc. other items. Plus, they disassembled and stole the semis trailer trucks. I don’t have such a problem with the trucks. I was hoping, at best, to split the money for the recycling, but probably would have just let them go for the removal. But, the tires and trash bummed me out. When I got the land, there were nearly 2000 tires dumped there. I recycled them for playground usage, but it took a ton of work. I have no desire to get involved in that again.

So, I went over and got another cable and lock before the ride, not that I think it is going to do any good. Someone that has the ability to remove semi trucks from property, aren’t going to have any problems with a 5/16″ cable.

Anyway, it was 4 before I got out riding. And I was in a fairly sour mood. It is amazing how much different you look at things in that kind of mindset. I normally say I’m a fairly optimistic person. I think I have a pretty open, balanced perspective on things. But, yesterday, I seemed to only see the bad. That didn’t help my mindset, obviously.

I rode out 2nd St., which is by the river, heading out East. I took the bike path through Central Topeka to get there. It goes through some pretty questionable neighborhoods. I like to ride around checking neighborhoods out. But not yesterday. All I could see was the trash, dead cars, and other stuff that should be somewhere else. I understand how it gets to where it is, but it seems like more of it is around than ever before.

There was a time when being poor wasn’t necessarily having to live in filth. People took pride in the surroundings even though they were lacking in financial means. That is not the case now. I don’t know why it changed. But it did. I remember my neighbor telling me about going to Brazil to do some volunteer work and he went and had a meal in one of the poor worker’s home. He said the floor was dirt, but the place was immaculate. We could use a little of that pride. I know that isn’t the norm in Brazil, I’ve seen the squalor throughout San Paulo. But, there are small enclaves of people that still have pride.

Anyway, I was definitely not looking through rose colored lenses. All I saw was bad. Even a racoon, scurrying across the street, seemed depressing. I turned around when a bridge was closed and came home early, then skipped the evening ride. Riding didn’t seem too important anymore.

Here are some pictures during my morbid mood – 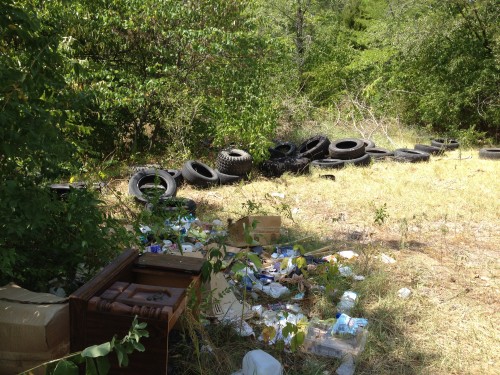 Stuff dumped on my land. Maybe a game camera might help? 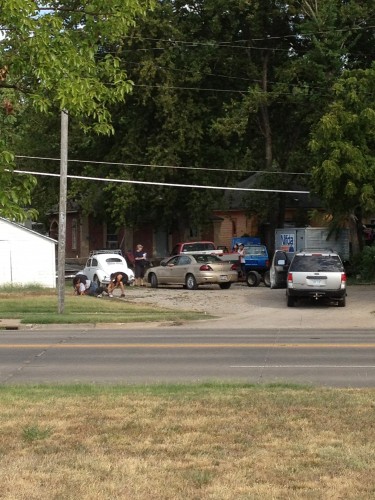 I saw these cars all pull in and two guys get out and start pummeling each other. I watch for a few minutes before two of their friends pulled them apart. 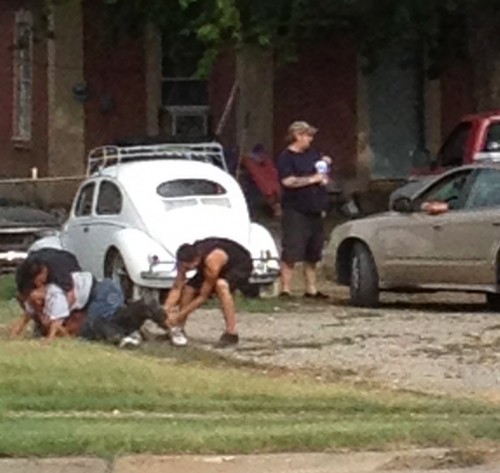 Blow up of above photo. 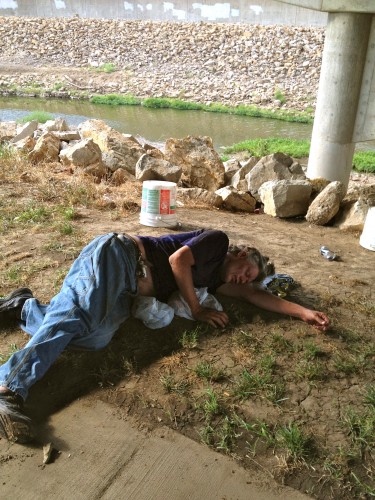 This guy is sleeping under the bridge on the bike path most days. 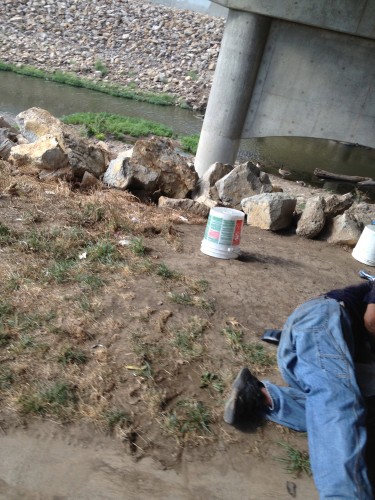 It really bothered me that his wallet, hooked to his pants by a chain, was laying behind him on the ground. 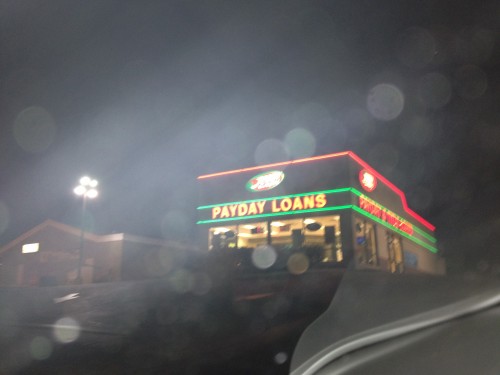 I couldn’t shake it even later in the evening. These places are popping up all over the country. They should be made illegal. It is pretty much legal robbery, but horrible, taking advantage of people when they are down and out.

25 thoughts on “Half Full or Half Empty?”