It is kind of strange being involved in the sport as long as I have. Watching the changes in equipment has been super interesting. When I first started racing, there really wasn’t much innovaton in the sport. It had been 5 speed freewheels for years, with steel frames and tubular tires on aluminum rims. The sport was sort of stuck in time.

But, just about when I got hooked, other America’s got hooked too and some real innovations in all aspects of equipment involved in the sport changed.

I was working at a local bike shop, Gran Sport, when Trek started business back in 1976 I think. I bought my high school girlfriend a Trek frame because it was super cheap and pretty okay quality. I don’t think Trek sold 1000 frames that first year.

Trek got into carbon way before everyone else. But, by then, all the companies were starting to innovate. That was the motto for Specialized for years, “Innovate or Die.” When I rode for Specialized, I think they were upgrading equipment nearly too fast. Their sales people didn’t even have enough time to convince the buyers how great the products were before they had already produced a newer product. It seemed nuts.

Talking about Specialized, I was talking to Mike Sinyard, the founder of Specialized Bicycles and I was saying something about how I’d been using his products for close to 30 years, when off the top of his head, he recited the address to Michael’s Cyclery, in Ames, Iowa. He said that he’d packed and addressed so many boxes to our team that he could never forget the address. Mike was the Henry Ford of MTB bikes. And the first person to actually produce water bottles in the US. Pretty great stuff.

I was riding the Coor’s Classic when Brian Maxwell and his wife, Jennifer, started making Powerbars in their kitchen and brought them to us before the start of each stage in San Francisco. It really didn’t seem that strange that a local couple from the bay area was cooking nutrition bars and handing them out. I guess it was the times. Before they came, we filled our pockets with Bananas, grapes, Fig Newtons and such.

My brother and I made a bike rack from my mom’s station wagon when I was an intermediate (young junior). We took a couple 2 x 4’s and bolted them onto the roof face and held our bikes to them upside down with u-clamps on the bars, held on with bolts with wing nuts. There really weren’t any real bike racks.

I remember when I first saw the word Yakama. It was on the side of the Raleigh Team van. We called up Michael, our team director, and demanded that each of us get one, even though we didn’t have any idea what it was. When he told us bike racks, we didn’t care much. Little did we know.

Later that year, at the Coor’s Classic, I was eating breakfast and noticed someone crawling around on the top of our team van. I went outside and asked the guy what he was doing. It was the president of Yakima, Don Banducci, putting a wind deflector on the front of our rack. Yakima printed a poster a couple years later with a picture of the field in the Coor’s Classic and I was at the front, but over on the left side of the road by myself, looking back and it said, “Yakima, look for us at the back of the pack.” Or something like it. It’s one of my favorite posters, probably because of the scenery and the whole race stretched out in the distance.

I wore a hairnet helmet forever. I was on the board of directors of the USCF when we voted in the hard helmet rule. The Bell V-1 Pro was just about the only helmet commercially available. I remember going to the bike show in the fall, a couple months before the rule was going to go into effect, and this young racer, Jim Gentes, was running around the show with this piece of styro foam, that weighed nearly nothing, and was asking me if I’d be interested in using it to race. I thought he was nuts, thinking there was no way it was going to pass the ANSI or SNELL tests. Boy, was I wrong. He went ahead a put a thing piece of lycra over the foam and Giro was started. Jim is still racing his bike and livin’ the life.

I was also on the USCF board when Boone Lennon, the inventor of clip-on bars, came and tried to convince us to not outlaw the bars for mass start racing. I have to say, that I, single handily, was the one that made that happen. Everyone else on the board seemed okay with it, but I spoke up. I asked why doesn’t someone go out and ride them in a criterium, with a dip in the last corner and see how well that works out. Or try them in a cyclo-x. I explained that there is a very good reason for elbows in the equation of bike riding and not falling off your bike. Boone slipped me a pair of bars in the rest room and told me to go out and try them, but I still voted no. It just wasn’t, and still isn’t a very good idea.

I hadn’t really thought much about this before. These are just a few things that have changed in the last few decades in the sport of bicycle racing. And all these ideas and innovations were by American guys that just liked to ride their bikes. Guys like you and me. We, as a country of cyclists, really changed the way the technical side of the sport developed. At the same time, Greg LeMond and a bunch of other American riders were changing the way the Europeans perceived the US in the sport too. I actually think it was the riders that legitimized the American products, but maybe the products did that on their own. Maybe not, I don’t really know. I do know it was a great time to be involved in the sport. 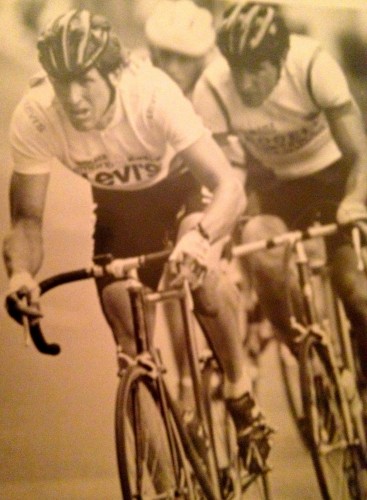 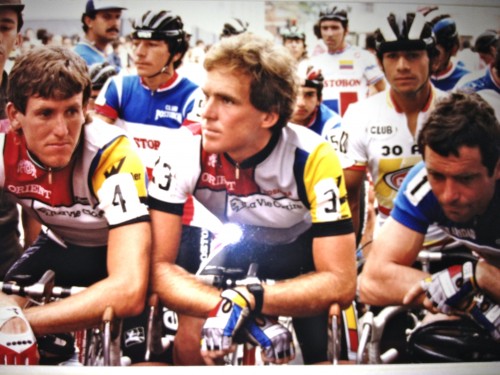 Then no helmets out of the country or at domestic Pro races. I think Bernard has his helmet because we’d all crashed so many times in the RCN. This was in Columbia, riding for La Vie Claire. 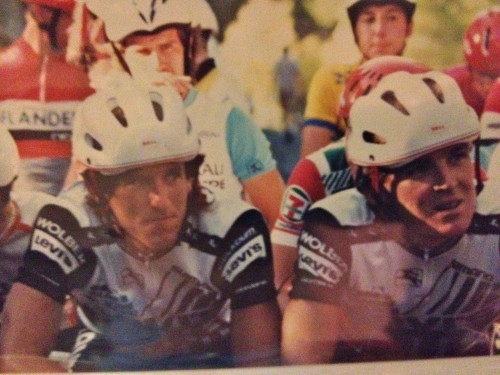 Then domestically, we wore Bell V1-Pros. Man, those were some fugly helmets. 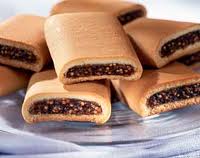 I still like Fig Newtons. I don’t eat them often enough.

24 thoughts on “America – The Innovator of Modern Day Cycling Equipment”