I’ve been watching the Olympics as much as I have time for and I can’t believe how many empty seats there are in all the venues. I’d heard that most all the events were sold out, but even in the swimming finals, there seems to be blocks of empty seating. It seems weird.

The men’s road race had an estimated 1,000,000 spectators, but most of that was free to watch. I think the Olympics is important enough now that maybe all countries should pitch in funds to make the games possible. They said an estimated 1,000,000,000 people were going to watch the opening ceremonies on TV. That is unreal.

But, it is a shame that events have empty seating. I’m watching women’s tennis right now and the place is abandoned. Something is wrong with that. They should give the tickets away if there are empty seats. I’m sure that they could find people that would happily like to watch just about any sport in the Olympics for free. 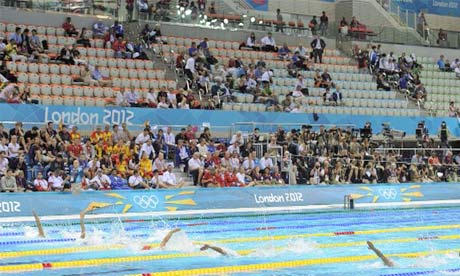 5 thoughts on “What’s With all the Empty Seats at the Olympic Games???”