Here’s one of the deals with the professionals taking drugs to race, it trickles down to others. Namely juniors and amateurs aspiring to make it to the big leagues. That is one of the things that most pro riders don’t consider. I remember hearing a interview with Johan Meseeuw about 10 years ago after he was “caught” distributing HGH or EPO or something. He didn’t address that specifically, but said something about how sad it was that amateur riders and juniors thought they needed to take drugs to race. He said that when he was that age, it never occurred to him to use drugs. I was thinking at the time, “Man, what an idiot. You’re one of the guys that makes these guys think it is mandatory to take drugs to race.” Are the “Pros” naive thinking that the riders that worship them wouldn’t want to do the same thing they are doing to get to their level?

Another, study I saw over 10 years ago, they did at the JUNIOR Italian National Road Championships, two tests, a couple years apart. Just hematocrit tests. One year it was somewhere in the lower 40% race, which is pretty normal. Then two years later it was up above 48%. This was an average for the whole junior field. I remember thinking, “Wow, even juniors in Italy are using EPO?”

Two riders from the Gran Fondo in New York tested positive for EPO. David Anthony, of New York City and Gabriele Guarini from Prato, Italy both acknowledged that they took EPO to race bicycles. Shit. EPO usage by an American master rider and some asshole Italian guy for a tour/race. Craziness. Maybe Anthony was drinking the stuff instead of injecting it, checking out his previous results.

Here’s an article my friend, Ian Dilly, wrote for Bicycling Magazine about The Doper Next Door. I hadn’t seen it before and makes you wonder.

Anyway, the point is that somehow we need to try to really deter the use of drugs in our sport. I don’t believe it is ever going to be completely drug free. But, the current way we do things isn’t working. Sorry, but that’s true. The same old guys are working the races, the same doctors, the same soigneurs. The riders come and go. Some stay in the sport. The penalties are bullshit. It is so strange that Alberto Contador is going to be racing again in a couple weeks. I’d bet he wins the Tour of Spain maybe even the World Championship Road race, you never know. It doesn’t seem like he missed a beat.

And the sponsors should be ashamed of themselves. Especially the American bicycle manufactures that have decided that the Pro Tour Team sponsorship is what sells their bicycles. Look at the sponsorship money that goes into these Pro Tour riders that keep getting popped over and over again. If I had one of their bikes hanging in my garage, that I bought because of some Pro guy riding it and I thought it was cool, and then the rider was caught for doping, I’d send the bike back and ask for my money back. It seems like fraudulent advertising. Especially since most of the people in the marketing departments of these companies are completely cognoscente of what is going on with their sponsored programs.

Okay, I sort of got off track there. Let’s applaud all and every way that WADA, USADA and the all the governing organizations use to stop this pollution in such a beautiful sport. Greatness happens all the time in sport, but drugs make those special moments meaningless. And let’s quit giving our juniors role models that cheat their friends and fans for money and fame. It’s not just an issue of Pro riders beating up on other Pro riders that are using drugs too. And, I’ve only ever heard one guy, Johan Meseeuw, mention that the trickle down was a problem. And he was caught with 8000 doses of Aranesp. The way our sport works, he’ll probably be a team director pretty soon. 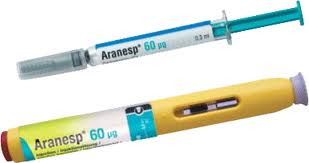 30 thoughts on “Talk About the Trickle Down Effect of EPO”