Our group ride was coming in pretty hard last night for the last few miles. That is pretty normal. We usually ramp up the speed somewhere between 3 and 10 miles out and rotate. Not so crazy hard that everyone gets dropped, just hard enough so everyone gets a pretty good workout. Anyway, there were only 8 of us at the end, and it finally got down to just Bill and I, plus a newer guy, Eric Wenrich, a runner/triathlete that has kind of turned into a cyclist (which is where ultimately all good triathletes should end up) pulling. Everyone else was sitting on.

The last couple miles was over 30 mph, slightly downhill. I haven’t really sprinted at the end of a club ride for a while. It seems like I always seem to be the last guy pulling at the end and then it seems like I should just lead it out. I thought that was the case once again, but to my surprise, Bill came pulling by me at about 500 meters. I was sort of gassed and had to make an effort to get back onto Eric’s wheel. Catherine was being tenacious and was the only one left hanging on at the back. So, Eric sprints off Bill’s wheel and I out sprint him, which is kind of irrelevant.

So, we were riding back through town and I was asking Catherine when she came off at the end. She said maybe around 500 meters. I asked her who was at the back when she got popped and she didn’t know. I was thinking “shit, how can you not know who is in front of you when there are only 3 guys left?”

Then I remembered something that I’ve been thinking about for the last couple weeks. The thoughts and observation abilities of riders of different abilities at different times, in different situations. That is a lot of differents.

Anyway, after the races in Lawrence I was talking to a bunch of friends about the criterium. And after talking to them, it seemed like we were in completely different races. A couple were having such a hard time just keeping their positions, that they had no idea what was going on off the front of the race. They couldn’t of told me how many riders were away or if anyone was away.

I on the other hand, was trying to juggle trying to stay in position to sprint, but trying to slow the race down as much as possible because Brian, my team mate, was just hanging 10 seconds off the front for the last 4 laps. It wasn’t easy, but it fine.

I was talking to a new guy, Ron, who raced 2 or 3 times in Lawrence. Cat. 4 or 5, then the Master’s, then something else maybe. He is new to racing and is pretty into it. Anyway, I asked him what he thinks about racing and he said something like, “just hold the wheel in front of me, or gotta move up.” Over and over again. I told him I was thinking most of the race about where we were going to eat dinner afterward and a million other things that had nothing to do with the criterium. Of course, I was watching what was going on all around me, but I had plenty of mental space to think about lots of other stuff.

So, I got interested what guys I ride with are thinking about when we’re out riding. Mainly when it starts getting sort of animated and people are started to get stressed. If there are 15 guys riding, I found that probably only Bill and I are thinking anywhere close to the same thing. Everyone else is all over the map.

I am usually thinking about how everyone else is doing and what speed we should be going to get everyone as close to the final sprint as possible. Sometime during this time I go over a system check of how I feel and what I want to get out of the end of the ride. But, as it goes down the ability level, the thoughts get more and more basic. I found out a couple guys are thinking about what tactics that I’m planning on doing at the end or some other completely nonsensical thing that has nothing to do with anything. They really don’t have any extra mental capacity to deal with anything else but concentrating on staying attached.

I guess it gets eventually gets this way with all ability levels, even Pros racing in France right now. Sometimes it eventually it gets to the point of, “I just need to hold the wheel in front of me.” for the best riders. It’s that simple.

I remember riding in Redlands, one Spring. We were doing the Oak Glen stage with is around 106 miles, finishing on a 6 mile climb. The race started out crazy fast and eventually 17 guys got up the road. And there were a ton of Saturn riders in the break. Postal Service only had a maybe 5 riders and Roland Green was winning the race. Mercury had a ton of guys there and the break was bad for them. Anyway, I didn’t have anything to do, since I was there on my own and I started talking to Levi about why they were on the front acting like they were chasing when they had virtually no chance to catch the break. He said that he felt that they needed to attempt to defend the jersey. So, then I was talking to Scott Moninger, who was riding for Mercury along with Chris Horner, and asked him why there weren’t pulling. Scott said that Postal had way more to lose than they did. I told Scott that they were both going to loose. The tactics didn’t work for either of them, since Trent Klasna, riding for Saturn eventually won the race and overall.

Anyway, the point is sometimes when you are racing and you’re well within your abilities, you can go through the tactics of everyone else in the race, while thinking about whether you’re going to ride the hour back to Redlands, wondering if someone at the finish has gotten you a burrito and a million other thoughts. But, when you’re new to the sport, on a local training ride, you can’t think of anything other than, “Gotta hold that wheel.” Over and over until you can’t.

It’s one of the ultra cool things about the sport. The learning curve is long and shallow, but once you have it, it stays with you forever. 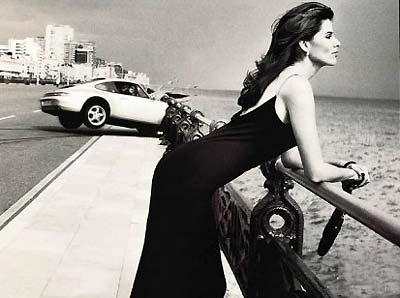 It takes a little while before you can look around during a race and enjoy the scenery.

10 thoughts on “Gotta Hold that Wheel”