I woke up yesterday and was going to ride earlier than normal. That would be starting in the morning. But, the Tour stage was really good and by the time I got on my bike it was early afternoon. I was planning on doing the slow, heat riding thing, so that was fine. It was supposed to be just a couple degrees under 100, so that is hot enough. I was doing the normal ride over to Lawrence, drink some coffee and then ride back.

About half way there, a small pickup came up beside me and told me that there was a drunk driver coming from behind, so I should watch out. That was the first time in my riding career that had occurred. I looked back and didn’t see a car. So, I kept looking back over my shoulder every 15 seconds or so and no car came for minutes. I started feeling a little paranoid. I started thinking about how uncomfortable it would be to ride if you were scared of traffic, especially traffic passing from behind. After a couple miles, I did see a car coming from behind. I was wearing headphones, which I don’t approve of at all, and was a little off kilter because of it. I made a non normal decision and decided to pull over just in case. I normally wouldn’t have done that, but since I had looked over my shoulder so many times, I had kind of spooked myself I think. The car came by and seemed okay. Then another 10 cars came by in sequence, the next 30 seconds. Everything seemed normal. I felt a little silly pulling over, but I had already done it. I looked over to the ditch and there was a cross with some old flowers around the base. Something like you see where there was an accident and someone had died. I see these things all over in Mexico, but not so much around Topeka, just every once in awhile. It kind of spooked me a little more.

I got going again and when I was about 5 or 6 miles from Lawrence, a weird wind started and the temperature started dropping quickly. And then it started raining. Almost from nowhere. I love the fast moving summer thunderstorms we have here in Kansas, but was a little worried about my phone in my pocket. I stopped at a grocery store in West Lawrence and got a plastic bag in the produce department. I decided to buy an orange while I was there. It was $1.18. I thought that was pretty expensive for one navel orange. So a bag of 15 oranges would cost over $17 dollars. I don’t only not know the price of bike parts, I don’t know what fruit should or does cost.

It was cool in Lawrence and I was a little bummed about the lack of heat training. Man, I didn’t have anything to worry about. Coming back it got back up to hot really quickly. My friend, Michael Fatka told me something about the cold a couple years ago – He said it isn’t the temperature, it is the wind. If I apply that to being hot it would be, it’s not the temperature, it’s the humidity. When it got back up to the upper 90’s, it felt incredibly horrible. I rode a little North, out of the way, to get in a few more miles. I had to stop about 10 miles from home to get some more to drink. So, in 70 miles, I drank 8 large water bottles, a cup of coffee and a 32 oz Gatorade. That seems like a lot of liquid. I still lost over 6 pounds. Guess I didn’t drink enough.

I made a cherry pie last night for dessert. I haven’t made a pie in a while. It is already nearly gone. I love pie for breakfast, so it is going to be a good breakfast in a bit.

My friend, Ed Bauman, the guy that pretty much got me into the sport of cycling, showed up out of the blue last night. He lives in El Segundo, CA and had to come back to Kansas for a funeral. That isn’t good, but it was super great seeing him. He stayed over here, but had to head off to the airport super early this morning, so that was a drag. I need to hang out with Ed more when I go out to California. He’s super fun.

I’m trying to decide what to do this weekend. Lots of choices of races, road and MTB. I think I’m just going okay, but okay if good enough to race. I’ll probably drive up to Milwaukee and do a few Superweek races. Whitnall Park Road Race is Monday. I won that race a few years ago and it is a good circuit for me. A couple hills every couple miles. Great Downer’s is on Sunday. I’m not sure I can make it up there that quickly.

Okay, I’d better get to the Tour. It’s a long one and after yesterday, I think there are going to be some pretty tired legs there.

The temperature reading from my ride yesterday. It dropped 25 degrees and then right back up to 100. 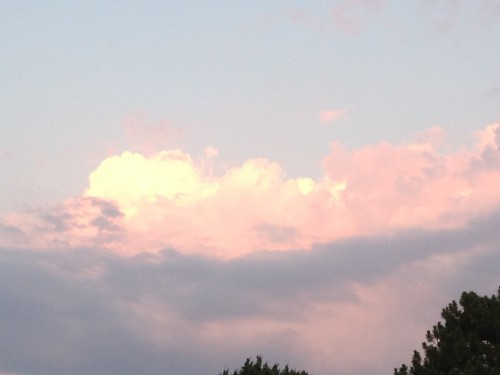 The sky was weird, but I didn’t hear the thunder for awhile because I was wearing headphones. 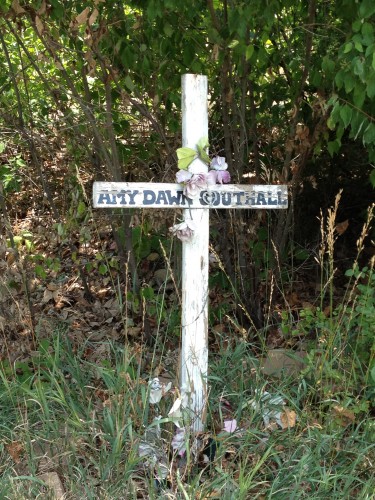 The cross beside where I pulled over. I’m not going to google the name to find out what happened. 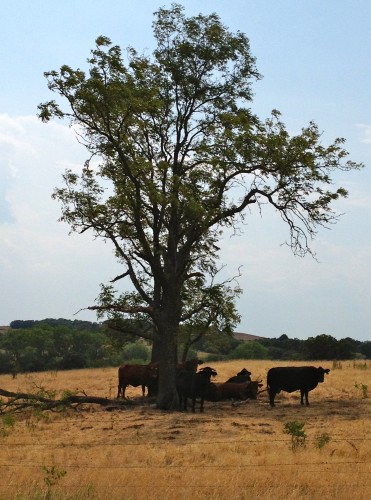 It hasn’t rained here for a while. It is started to look like the Sahara. These guys had the right idea. 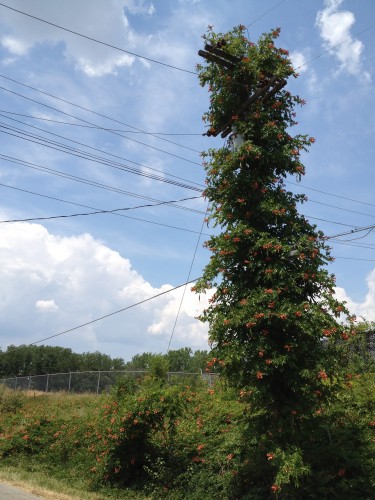 The climbing Honeysuckle has went crazy around Eastern Kansas and has went feral about everywhere. 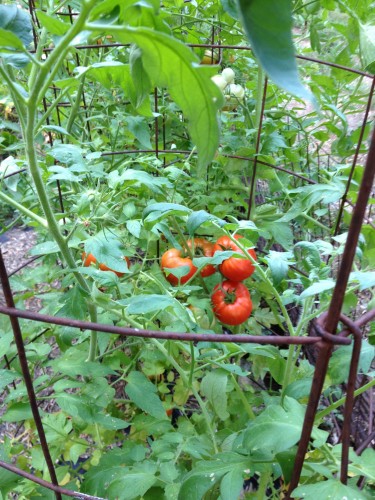 We’re starting to get a ton of fresh tomatoes. 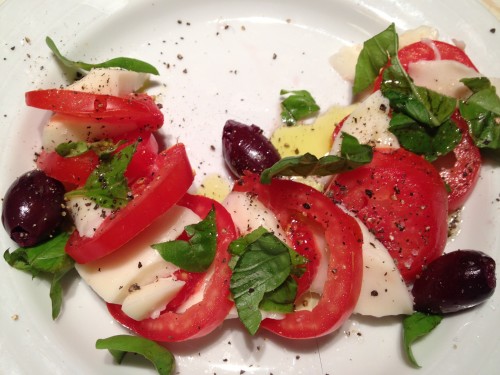 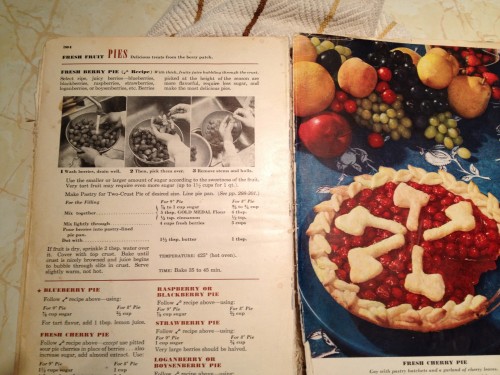 This is my favorite cookbook, my grandmother’s Betty Crocker Cookbook. It is super tattered, but still useable. My grandmother put a bunch of handwritten notes by some of the recipes, so I always try to use the ones she liked. 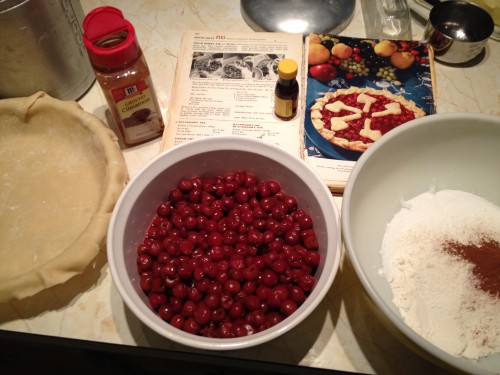 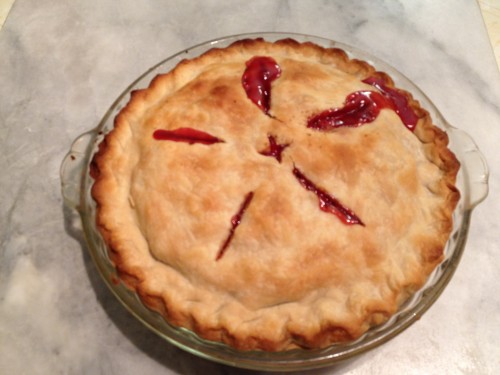 6 thoughts on “Where does Time Go?”