Yesterday I was getting my bike and Catherine’s ready for the weekend. I always clean my bike the day before a race. Mainly I pump up my race wheels to make sure they are holding air and then do a quick check of the shifting, etc. I always clean the chain and lube it when I’m done.

Before all this, I had to glue on a new tire because I flatted my rear sewup out in California. I’ve been trying to pay special attention to get a bunch of glue up towards the outside edges of the rim to hold the tires out wide. The wider and flatter the rims are being made, the extra care you have to put into making sure the edges of the rim strip are glued to the carbon. That adhesion is way more important for having the tire attached properly and the handling than that of the middle of the rim strip. Sometimes it is a chore trying to spread the glue accordingly, but it seems to be worth the extra effort. I’ve been experimenting at bit, so I’m using the Continental Carbon rim glue now. It is kind of thick, but seems to hold pretty well.

I’ve been using a dropout straightening tool way too much recently. I’ve had to straighten mine twice the last couple weeks. The standard dropout on a Trek Madone is way too flimsy for my liking. I need to try to get a stainless steel one that I hear they make for the Pro Tour teams. Anyway, I’ve also had to straighten a couple dropouts of guys I ride with. Then Catherine told me her bike isn’t dropping into the 12 easily. Her dropout was bent pretty good and the straightening did the trick. The more you straighten them, the weaker they are, so you should to be careful if you don’t have a replacement dropout on hand.

Anyway, everything is up to speed mechanically, I guess. That never is my issue. At least before the race, sometimes after the race it is. The temperatures here are going to be ugly this weekend. At least for me. Upper 90’s tomorrow and then around 102 on Sunday. The race on Sunday is at 4 pm, so it is going to be about as hot as can be. Adding to the misery, it is raining right now, plus the 3 inches of rain that came down the night I flew in, it is for sure going to be super humid, on top of the high temperatures.

I thought I felt okay, but I didn’t get any too motivated after riding last night. It was only in the lower 90’s, but I felt like hell. It really depressed me. I had thought I wasn’t going too bad, but I felt like I was back at square one after 30 miles. Maybe I was just having a bad day. That usually isn’t how it works for me, but I’m not going by the usual playbook every since I crashed, so I’ll just play it by ear. I’ve raced so little the last couple months, it is hard to be confident much. We’ll see. I’ll post some results if I don’t get back too late. 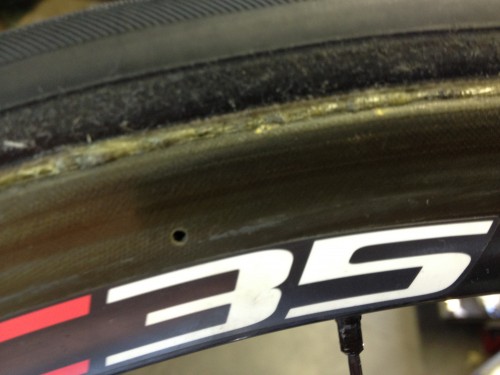 I've been really trying to get a bunch of glue right to the edge of the rim. 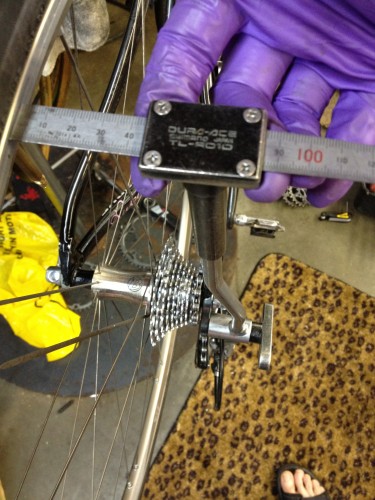 This tool is indespensable for a true bike racer. 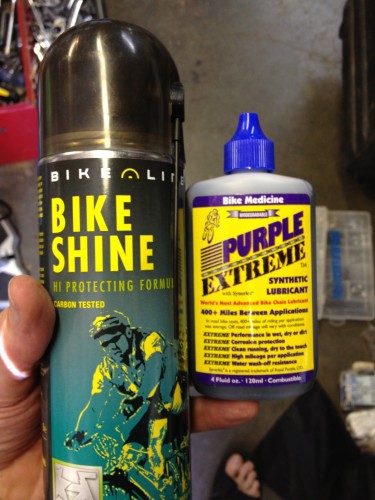 I've been using Motorex bike shine every since cross season. It leaves your bike squeaky clean and shinny. The Purple Extreme is a dry lube that your supposed to apply every 400 miles. It doesn't pick up any dirt and seems to be working great so far. 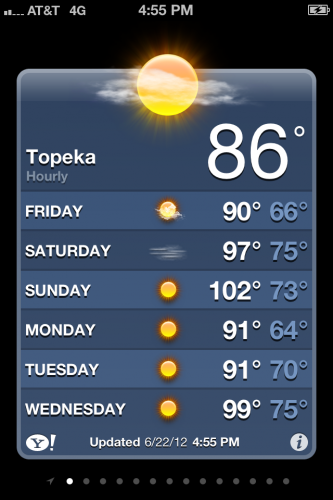 Screen shot from my iPhone.