Since I haven’t really done anything with Strava other than plug my Garmin into it and download some of my rides, I didn’t really have much information on the whole deal. I’m not a premium member, I don’t even know what extras you get for that, so I pretty much just get the same thing as what you have downloaded at Garmin Connect. The extra you get is the ability to see the times and routes of what other people that used Strava have done.

So, I wrote a little about looking at some Strava segments while I was out in California last week. A few of the segments that I compared my times to were total BS. They must of put their Garmins in their pocket while on a motocycle, because the KOM’s and descending times were not close to being realistic. But, most of segments had pretty legitimate information.

Anyway, I saw this article at Velonews.com about a family that is suing Strava for contributing to the death of one of their family members. Turns out the guy was trying to reclaim a Strave segment record for some descent in Northern California, lost control, crashed and died. Obviously, it turned out badly for the guy.

But having the family sue Strava for this is ludicrous. The family says that somehow Strava is at fault, “claiming negligence and that the website encouraged him to speed.” The article has a quote from the families attorney say, “They don’t put cones out. They don’t have anybody monitor and see whether a course, or a specific segment, is dangerous.”

Wow. They don’t cone the segments? Maybe the family and/or attorney doesn’t realize that every road in the country is potentially a Strava segement. Maybe every road in the World, I don’t know. So, for the website to monitor every “course” they record times for is obviously not gonna happen.

There are lots of good comments at Velonews about the whole thing. It makes me wonder what the United States is all about with all this litigation happening everytime someone or something gets hurt. I wish people would just take some responsibility for their own actions. Not everything is someone’s fault, shit just happens. Bad luck. Wrong place at the wrong time. Trying to set a Strava segment record and falling. 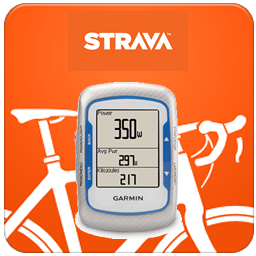