I’ve been out in California since last Friday. Over the weekend I went on a pretty cool ride, Kitchen Creek, East of San Diego. The majority of a 3000 foot climb is on a gated road that has no access to vehicles. It’s a little primitive, but super cool.

It is June Gloom out here with a marine layer pretty much covering the first 5 miles of the coast. It is pretty cold, never getting much above the 60’s. It never ceases to amaze me the number of people out here. And if they planned their vacations to come to the beach, by God, they are going to be at the beach. It is weird riding by, nearly wearing arm warmers, and all these families have their beach towels and tents all set up for a full day beach adventure. The State Fair is also going on in Del Mar, so there is a lot of traffic on the coast because of it.

I’ve been downloading my Garmin to Strava. The link above shows the information for the Kitchen Creek ride. I’ve never really paid much attention to rides after I do them, but these segment things are kind of interesting. I rode back up Torrey Pines climb from Del Mar to the top pretty hard a couple days ago and when I downloaded the ride, there were probably 3 different Strava segments for the climb. I wasn’t even close to going up the hill the fastest. Here is a link to the Arnie Baker Torrey Pines Strava segment. It totally cracks me up, that name. I have to assume that Arnie created the segment and named it. I’ve known Arnie for along time. If the name sounds familiar, he was deeply involved with the Floyd defense thing. Deep enough to get charged by the French authorities for computer hacking or something or the sort. I haven’t seen him since that all went down. Anyway, I didn’t go all out up the climb, but was surprised someone went 6 seconds faster. I’m not going to do it again. It would be weird getting caught up doing Strava segments while out training, all over the country. But, I know it happens everyday.

I’m flying back tomorrow for the Tour of Kansas City, which is this weekend. Then the Tour of Lawrence, link above, is the next weekend. I’m a little worried that the temperature acclamation is going to be a problem. Okay, below are a few photos from the last couple days. 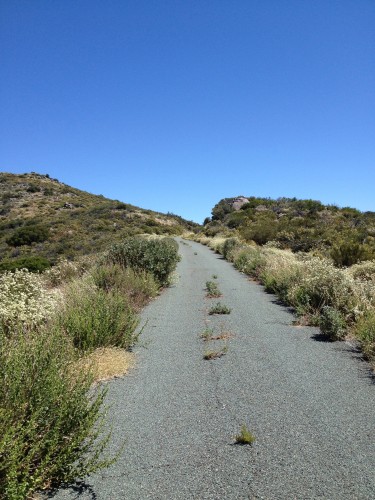 Most of the gated section of the Kitchen Creek climb looked like this. 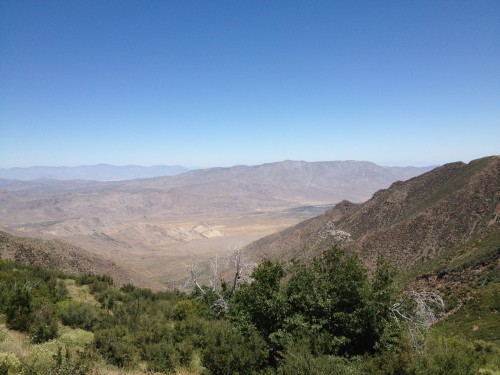 The views on the descent were pretty great. 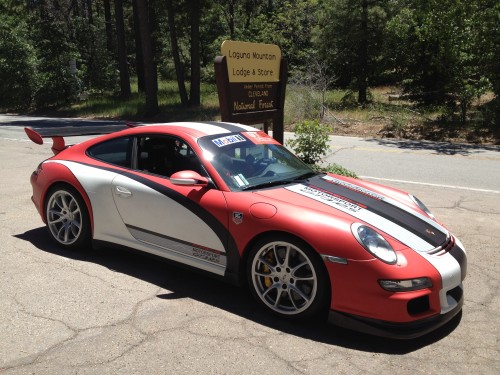 You don't have one of these pull up during a ride in Kansas. 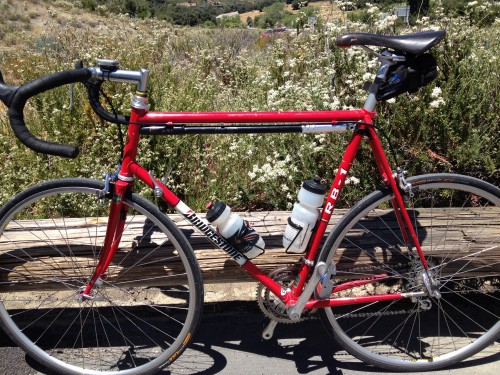 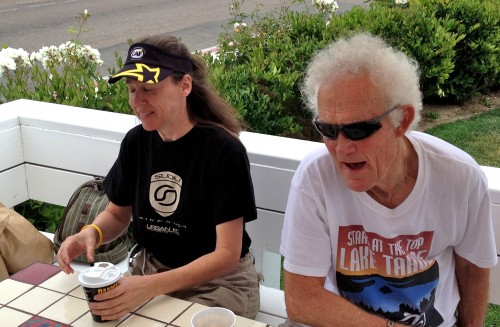 I ran into John Howard and Gina Poertner at the Pannikin a couple days ago. 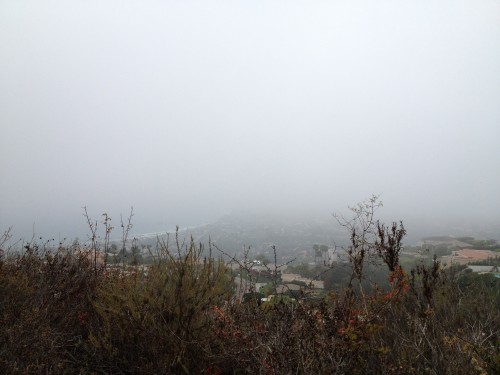 This is an example of what the weather is like around here on the coast. 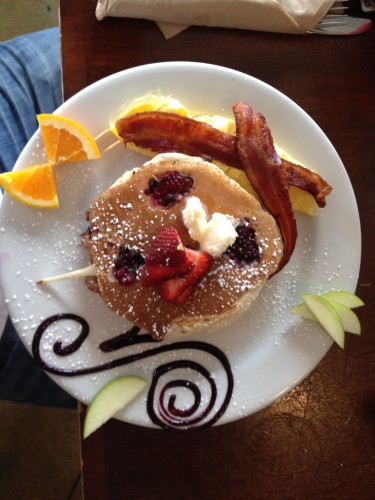 This aint' how they serve pancakes and eggs in Kansas.

Gas is a tad expensive out here.

8 thoughts on “Out in California”