I am pretty surprised about how many people are leaving comments about what a waste of time and money it is to pursue charges against Lance. I don’t really get it. It’s not like Lance isn’t competing in the highest levels of an endurance sport currently, ie. triathlons.

I do understand this is a divisive subject. I was wondering if these same people , that are dismissing Lance’s “indiscretions”, have the same views of Johan Bryeneel’s situation. He is obviously very involved in the sport of cycling at the highest level. Do you all think that this is also a waste of time, energy and money by USADA? Notice the word present in the last line?

Specifically, Bruyneel is charged with:

— The possession of prohibited substance and/or methods.

— Trafficking of those prohibited substances and methods.

— Aggravating circumstances which would justify a longer period of ineligibility than the standard sanction.

As a summary of his actions, the letter said that numerous riders will testify that “he gave to them and/or encouraged them to use doping products and/or prohibited methods.” In addition, witnesses “will also testify that Bruyneel worked actively to conceal rule violations by himself and others throughout the period from 1999 through the present.” 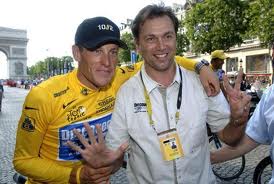