I was talking to my friend Rod Lake yesterday and he reminded me of a ride we did a long time ago with a junior, Wayne Gamber. We’d done a fairly long ride and were about 15 miles from town when Wayne called it quits. Wayne stopped and started up a driveway. I asked him what he was doing and he said he was going to the house and asking for some bread. I told him he needed to get on his bike and ride home with us.

I don’t bonk much any more. I actually don’t bonk at all compared to when I was a junior. When I was young, I would bonk and not be able to function as a person. It was probably because I was close to 0 % body fat and had a metabolism of a hummingbird. I was as tall as I am now, 6′ 1″ and weighted 30 lbs less. Now, I just seem to get tired. My body gets tired, but my mind stays mostly cognisant of its surroundings.

My worse bonking episode, by far, was when I was 17 years old. I was racing the Vermillion Stage Race in South Dakota. It was a qualifying race for the Junior Worlds Trials. The race was a 80 mile road race on Sunday morning. I was staying at some dorms a few miles from the race with my brother and a couple other guys. I woke up in the morning and no one was there and it was something like 30 minutes until my race started.

I got dressed and wolfed down a few big spoonfuls of cold oatmeal someone had left and got on my bike and rode over to the start and barely made it. It was cold and sort of drizzling. The Cat. 3’s started before the junior and just after they started, they crashed big time a mile up the road. Big enough they needed a couple ambulances to clear them away. So, we sat there, in the rain, for close to an hour. I didn’t have a car or anywhere to stay dry, so I just hung out shivering.

So, the race started and pretty immediately I was off the front with Mark Frise, one of the best juniors in the country and a future team mate. Just the two of us. Mark’s dad was following us with wheels. About 60 miles into the race, I was started to feel bonky. I had a banana and decided it was the time to eat it. Unlucky for me, Mark looked back for some reason and, as prickish as it seems now, he attacked me when my mouth was full and I was holding the banana. So, I had to spit out the banana and throw the rest away to catch him.

I caught him pretty quickly, but realized it was a huge error. A few miles later I told him I was done and he could win if I could sit on. I managed to sit on for a mile or two before he left me. A couple master riders caught me from behind a couple miles later. I told them I needed some food, but they didn’t have any.

The last thing I remember was sitting behind those guys and thinking that I could make it the last 10 miles to the finish. It was dry, but I felt some road spray on my legs and couldn’t figure out what was going on. I looked down and saw urine running down my leg and off my shoe. That was it. No recollection of anything else from that point on.

I woke up a couple hours later in the dorm room under a down sleeping bag. I had no idea where I was. I got up and looked at my face and was it was covered with chocolate. I got the rest of the story from my friend, Brian Konningsdorf, who I drove up there with.

It turns out I rode to the finish, being nursed on by the master guys. The finish was at the top of a big hill and I was told I started up the hill and didn’t shift into my small ring, did a U-turn about half way up and coasted back down. They turned around after me and got me started back in the right direction and to the finish line. I guess I rode across the line, turned into a driveway and fell over in the yard in the grass. It started drizzling again and a police man came over and covered me up with his rain jacket. I was still attached to my bike at that time.

That is how Brian found me, under a rain coat, on my side, with my feet still clipped into my toe clips. He had finished and missed me crossing the line. So he took me and put my bike to his car and was driving back to the dorms, when he passed a Dairy Queen. He decided the best thing for me would be hot sugar, so he stopped and got me a big cup of hot fudge and made me drink it. Then he took me back and deposited me into my bed under my sleeping bag, where I woke. It turned out I had still finished 2nd in the race, which was a huge surprise. It was ugly.

Back to Wayne’s story, he was limping along when we got into town and saw a guy that rides with us. He had just gone to the grocery store and had the ingredients to make Wayne a sandwich right there on the road. This rejuvenated him nearly instantly and he made it home easily.

Bonking doesn’t occur so much anymore probably because everyone carries food with them all the time on long rides. Back in the day when you maybe carried a banana on a long ride, it was a pretty common occurrence. I don’t miss that aspect of the sport at all. 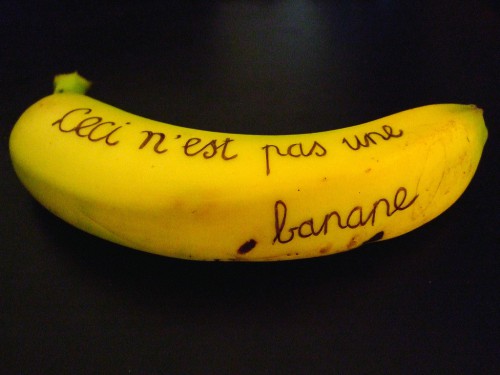