pours. Literally. I’m down in Texas. I took Trudi to the airport and headed south yesterday morning. I figured it was best to remove myself from a situation where I was going to be sittin’ and moppin’. Plus I had some stuff to do down here.

Anyway, everything was going pretty well until I pulled off the interstate. Approaching the first light, my brakes were making a crazy squealing noise and there was a weird smell. But, it didn’t smell like brake fluid, but antifreeze.

Long story short, I made it, but barely. And there was coolant pouring out of the front of the van. By, pouring I mean really pouring. The engine compartment in the van is super compact, so it is nearly impossible to see anything. And the engine was too hot to get my arm in there and feel what was going on. I’m thinking, hoping it was just a hose that split or came off. I can’t imagine another reason that so much water would come out so quickly without a car “trauma”.

I don’t have any car tools, but my friend Rod Lake here does. So, I’m going to get on the car project sometime soon.

Car repairs haven’t been going that well with my shoulder. I changed the differential oil last week and it is so amazing how much you need to use your left arm to get leverage on your right arm.

I’ve gathered a ton of information about the DVT in my leg. Thanks for all the emails and the information. The internet is so cool in that respect. I’m still riding now. Easy and short. That is my plan until I find something that says the contrary.

Okay, going to do a lap of White Rock Lake before it gets hot. The Bike the Bricks race is in McKinney tonight. I’m going to be a spectator. I’m not in the mood to race anyway, so I don’t think it is going to be any mental strain. 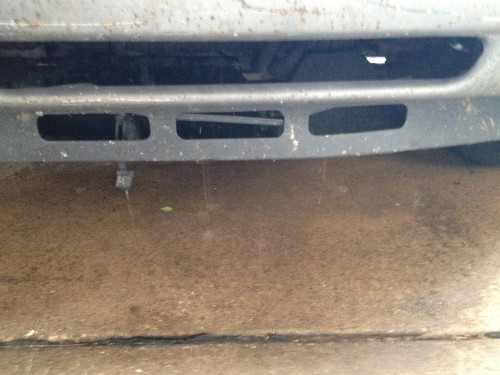 You can't see it very well here, but there is a waterfall coming out of the front of the van. 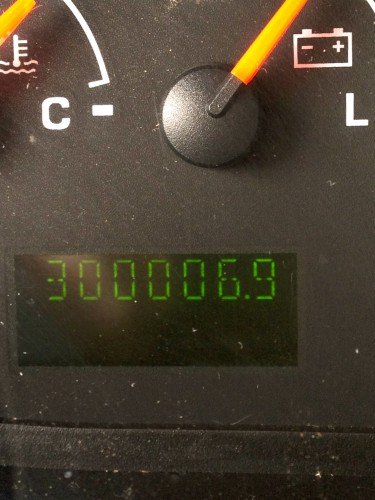 The van turned over 300,000 miles last week. It's a diesel, so it should chug along for a while longer. 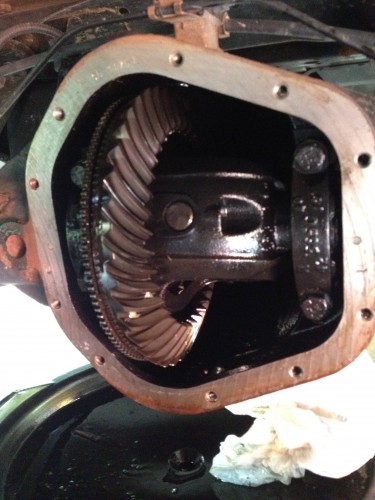 Changing the differential oil was much harder with only one arm, as I'm sure this radiator thing is going to be.

One thought on “When It Rains it….”