Okay, I’ve sort of been in denial. I’m a mess physically. I’m usually pretty optimistic about physical ailments, but maybe I’ve been too much so in this last case. I’m definitely tweeked.

I don’t think I jumped the gun racing last weekend. It’s not like I went to a NRC criterium or something. But, I did learn something. That I’m trying to compensate for my lack of left shoulder usage, by riding strangely. Strange enough that the rest of my body is rebelling. My neck is hurt. My lower back too, but not like my neck. I’m nearly worse than the day after I fell.

Now, I’m kind of thinking I might have a major problem with my right leg. I know this sounds like something coming from a hypochondriac, but it’s not, really. Yesterday, I tried to go and have an ultrasound done on my right calf muscle to see if I have a blood clot. Without much success I’ll add. Today I’m going to try much harder. I woke up about 10 days ago with a super stiff leg/calf. It sort of got better through the day, but whenever I was sedentary, it started aching again. I didn’t ride for those few days and didn’t have any issue. Now, it aches all the time. When I was driving to Arkansas on Friday, it hurt pretty badly, along with my foot. So, I looked it up on the internet and a blood clot/Deep Vein Thrombosis/DVT is all I could come up with.

Now, isn’t it funny how on one hand I want to be all smart and just get my diagnosis confirmed and have a blood clot in my leg, but in reality, I want to be proven completely wrong and have a small tear or something benign as the problem. That is strange. Anyway, it hurt all last night and I’m limping around this morning, so it is something that should be done pretty quickly I guess.

A clinical pharmacist at the race told me that I was the perfect storm for blood clots. A little older, super low heart rate, dehydrated often, plus a major trauma. And lots of driving after all that. He convinced me I should check it out, plus even if this is just a scare, I need to be more cognizant about the potential problem after races.

Half the reason I put off medical treatment is the stupid procedures and prices of the whole deal. Like, I don’t understand why I have to pay a radiologist to read a x-ray the day after an emergency room doctor read it. I also paid an orthopedic surgeon to look at the same x-ray two days later. This seems redundant to me because that is all the guy in the emergency room did, read my x-ray. If he wants his opinion confirmed by another expert, then he should pay the dude. I don’t know why it stops only at two? Maybe the 2nd guy wants another opinion on his diagnosis and he could send it off to a super-duper radiologist and then I could pay him also. It could go on and on.

And while all this is going on, my insurance always denies everything the first time around. I got a letter from the hospital today and I stupidly thought that is was going to be some sort of apology for cruddy treatment I received, but to my surprise, it was a letter saying that my insurance was not going to pay the claim because of incorrect filing status, or something like that. The hospital were the people filing the thing, not me. My filing status is on solely, in my opinion, that I pay the premium and my filing status is good for that year. Case closed. It is stupid. Once they denied a physicians bill at an emergency room as NOT medically necessary, when the physician put the stitches in. I most likely could of done it myself, but you would think that most insurance would call that medically necessary treatment. It is like that NO guy on the insurance commercial on TV.

Okay, enough of all the complaining. I’m going to go through the procedures. I’m going to call my primary physician and have him schedule me an appointment at the ultrasound place at the hospital that he is associated with. And then have the radiologist read the ultrasound and have them tell my physician the results. My guy is pretty okay, so I don’t mind him being in the loop really. I hope I’m wrong in my own research. If I’m not, this is going throw a wrench into racing for quite a while. 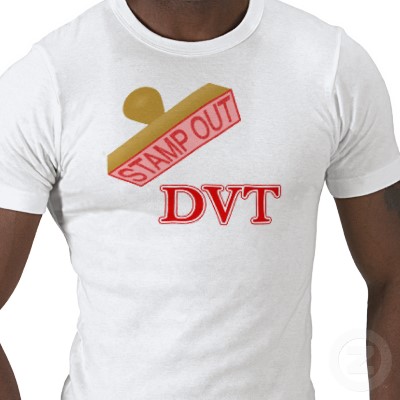 13 thoughts on “In Mental Denial about my Physical Condition”