Yesterday I raced again. It has been three weeks plus two days since I fell and busted up my shoulder. It is incredible how much difference that small amount of time can make. I wasn’t horrible, but wasn’t close to good either.

I raced twice. Still today, I don’t know if that a was good idea. The course was pretty hard. Not super hard, as I thought originally, Ibut hard. There was a sustained 1 km hill, then a roller just a bit later with a super steep pitch. The master’s race was really a pretty good warmup. I have no power sitting on my seat. But, I really can’t pull on my left side, so it makes the accelerations pretty pitiful. Early on I got off the front with Janne Hamalainen, from Tulsa. He is a very good rider and was planning on riding the Pro 1/2 race later also. So we just rode around pretty tame most of the race. He put in one good dig on the steep section with two laps to go, but I was alright. So it came down to a sprint and I won.

I had a couple hours between the two races, so went back to the hotel, packed up and then got some coffee. The day heated up substantially during this time. My Garmin said it was in the low 90’s most of the Pro race. It was muggy, so it seemed that much hotter. There were less than 20 guys in the Pro 1/2 race, so I knew it was not going to be too easy. But, it turned out to be somewhat.

Brian was super strong. He’d raced 3 criteriums in St. Louis last weekend, but a course like this suited him much better. It is like a long version of Sunday’s race in Tulsa Tough. A lot of guys got shelled the first couple times up the steep pitch. Finally on the third lap, I jumped on the downhill and Janne Hamalainen, once again, came with me. There was only one guy left with Brian at that point. Brian sat on the guy for a mile or so while we started climbing the long climb. It was amazing how fast Brian came up to us. He actually skidded, slowing down to wait for us, on the climb because he was coming by so quickly.

So that was it. Brian pretty much towed us around for the rest of the race while Janne and I hung on for dear life. Well, we only hung on for dear life a couple times. I finally had to tell Brian that we’d taken a vote and that he’d lost and had to climb slower. We do live in a democracy, I guess. So, Brian played nicer, but didn’t get a chance to get the huge numbers he wanted on his new power meter. I don’t need to a power meter to know how strong he is right now. Catherine was giving us ice cold bottles every lap up at the top of the climb, which was a god send. In the end, I led Brian out of the last corner and he won by a ways. I finished 2nd and Janne third. I probably drank 3 gallons of liquid yesterday. I was water logged for sure.

Anyway, we decided to drive back home. There is a criterium in Tulsa, but it looks like it might rain there. I won that race in the race a few years ago, but can’t really see riding a criterium in the rain in my state. I think falling wouldn’t be good right now.

Trudi is flying back from the Tour of California tomorrow. She was supposed to drive from LA to Greenville for PRO Nationals, but got out of it somehow, so has 3 days home, which is great. 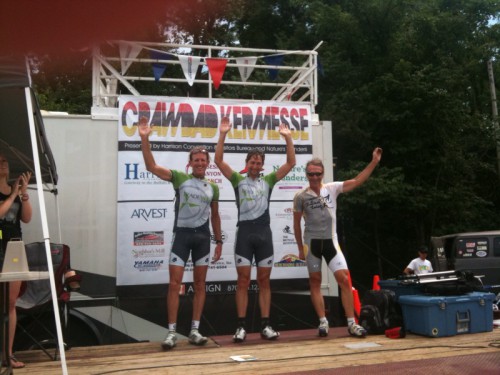 Podium shot from yesterday. Me, Brian Jensen and Janne Hamalainen. 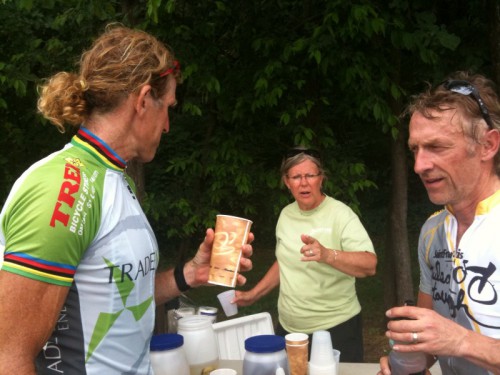 This lady made homemade organic green tea for us after the race. I'm not sure I can remmeber having anything better right after a race. It was awesome. 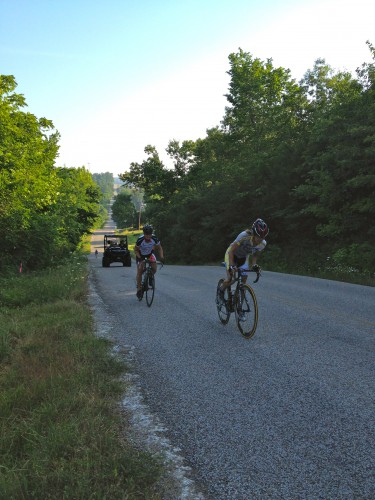 Catherine won the women's race. Here she is on the steep pitch on the backside. It is funny how the photo makes the hill look flatter. 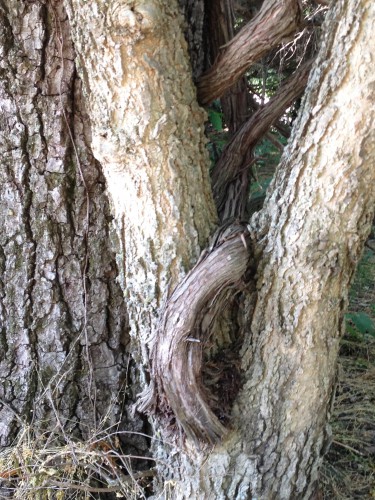 Up by the feed zone I saw this tree that had a vine growing out of it. I've never seen anything like it. 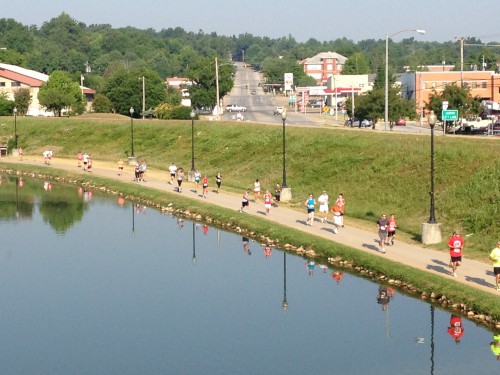 There was a run held in conjunction with the Crawdad Festival too. I never ate a crawdad the whole weekend. 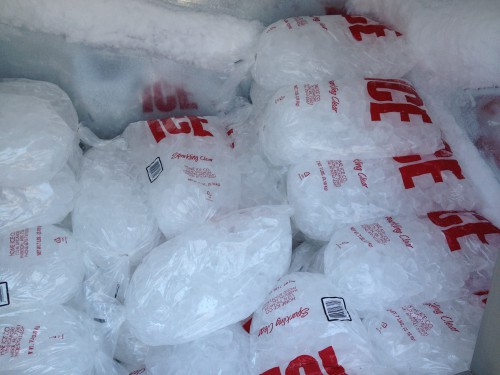 Ice was a buck a bag. I had to ask the woman twice if that was the price.

4 thoughts on “Man, That was a Shock”