I was thinking about guys taking risks and their decision making processes. I saw an interview with Tom Boonen yesterday and he said that after crashing a bunch last year, he wasn’t willing to take as much risk as before in the sprints. I remember when John Tomac lost the Reebok Elimanator at Mammouth Mt. one year, I forgot to who, but he said that he wasn’t willing to take such a big risk in that final corner because he has a full season ahead of him.

I thought about that and decided that there is always someone willing to take the risk. And just because you get paid more money, doesn’t allow you to take less. The way you go fast on a bicycle, road and/or off-road, is not think about the risks and just do what your ability allows. That is the way that all the best techical riders got to the top initially. When you start thinking about the risks, then you lose the natural ability to handle them.

When I think back upon the best one technical moment I had in the sport, it has to be a stage in the British Milk Race in 1983. We had been told before the race that there was a low water stream crossing at the bottom of one of the super steep descents that was mossy and slick. The race bible had a picture from the year before showing the Russian riders leading the field across the crossing, walking.

The hills there are super, super steep. Like 1/4, 1/3 ( 25-30 %). Anyway, we climbed up one of the 2 km wall hills and the field exploded. I was okay, but there was an elite group of 10 or so riders ahead. I went over the top with a Polish guy I think. We rode a couple km’s on the ridge and then headed back down. There were flagmen waving orange flags the last km before the bottom. We were going super fast. I looked up and there were a crowd of race officials and such at the water. I saw what was there and made an instantaneous decision that I could clear it.

So, instead of braking I stayed tucked, going well over 50 mph and went for it. I remember hearing and seeing the panic coming from the course marshalls and officials as I approached the crossing. Anyway, right when I was about to enter the water, I did a bunny hop and flew over the stream, which was probably 20 feet, not touching the water.

The break I had gotten dropped from on the previous hill was about 50 meters ahead, going up the next 25% grade at about 6 mph. I was coming at them still over 50 mph and I got pretty lucky because there was a space on the right. I blew by them at 50 and virtually coasted 400 meters off the front. This was on a super steep pitch. I made it to top of the next KOM in the lead by miles and waited up for the group. I’m pretty sure they all had wet feet and they couldn’t stop asking me if I was holding on to a car or what. I told them I just didn’t brake for the water.

Anyway, it worked out pretty good. We never saw the guy from Poland again and the next group finished minutes back. Matt Eaton went on to win that Milk Race overall. The US team was Alexi, Andy Hampsten, Steve Speaks, Chris Carmichael, Matt Eaton and myself. I suppose if that move didn’t go well, then I’d be writing here about my most terrible instantaneous decision racing. But that wasn’t the case.

I don’t think great race moves are thought out. There are instinctual. When they start becoming thought out, then you can’t make them anymore. Isn’t that a shame. 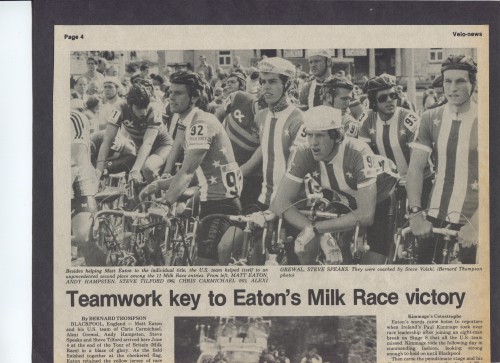 We had a pretty stellar team that worked well together. 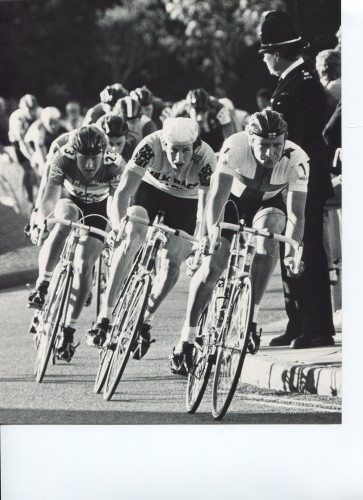 I was wearing various jerseys throughout the race. 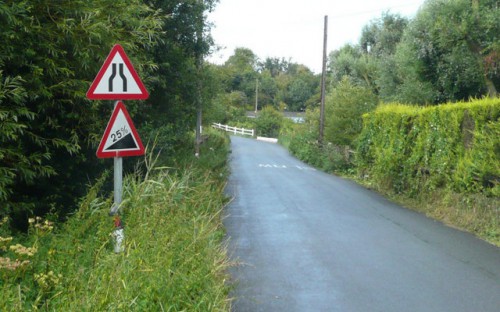