I don’t get all this resting during the season by the Pro riders. It seems to be standard operating procedure no matter whether you are a classic or stage race rider. What is really weird is most of them are taking over a month off when the season is hardly 2 months old.

I think Lance set the precedent for racing the least amount of days in a year the last couple times he won the Tour. Contador didn’t race until Paris-Nice after he won the Tour one year. That is close to 8 months. Carlos Sastre took off more than that time one year.

But all these guys disappearing mid to late April until mid May or June seems really strange to me. The race schedule is so diluted nowadays because the Pro Tour teams have 28 guys that it’s not like these guys are over raced already.

Then have Wiggins who raced in Romandie and then not racing all of May and planning to come back for the Dauphine in June. I can’t imagine not being flat after that much time of not racing.

Obviously I have no ability to investigate the issue. But to me it seems pretty weird. It is only a recent thing. I guess I started noticing it 7-10 or so years ago. Now all the guys are doing it. I don’t know the “proper number” of race days that a guy should do. I used to race over a 100 race days in a season pretty consistently. That was with at least two or 3 two week stage races. But for some guys now, the number of race days now are ridiculously low.

It seems so strange that these guys can not race for months upon months and come back at the same speed and strength as they were before. Contador did it that year after the Tour. Valverde sat out for his wrist slapping and then came back at full speed, winning the hardest stage of the Tour Down Under and finishing 2nd overall. I find it nearly impossible that you don’t race for the best part of 2 years and can come back at nearly the same level as you left.

Well, I don’t have any viable answers. Maybe someone out there does? 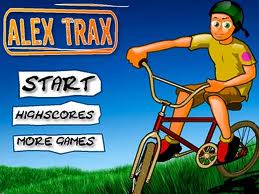 Maybe they keep their handling skills by simulation.

12 thoughts on “What’s Up With all this Not Racing”