Just got back from Lawrence and watching the KU basketball game. It wasn’t to be. I watched the game at Freestate Brewery on Mass. St. in downtown. The crowds were crazy supportive of Kansas. That what was so amazing to me. Even when the game seemed to be completely out of reach, the fans were always optimistic and supportive. It was pretty contagious.

I rode my bike to downtown from up on campus. There were so, so many people wandering before and then after the game. There were 100’s of police on the streets. I think about 8 on each corner on Mass. The streets were pretty packed with people after the game. The police kept saying that the streets were not closed and that everyone needed to be walking on the sidewalks. There was 0% chance that was going to happen.

Anyway, it was a great basketball season and pretty amazing run in the tournament for the Jayhawks. Nothing to be ashamed of there. And it was an experience, once again, hanging in Lawrence during the festivities. It is hard to beat that much energy. 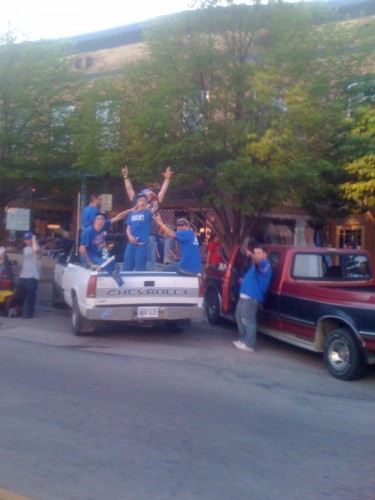 Some of the action riding to Freestate before the game. 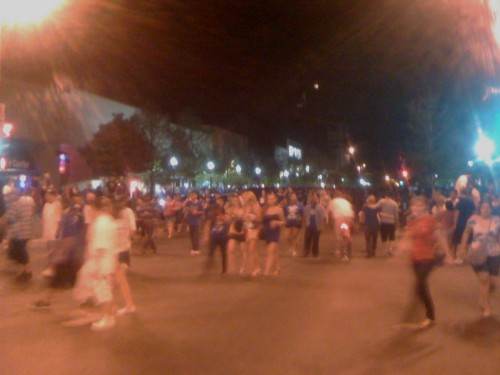 Mass. St. in downtown right after the game was over. It only got busier. 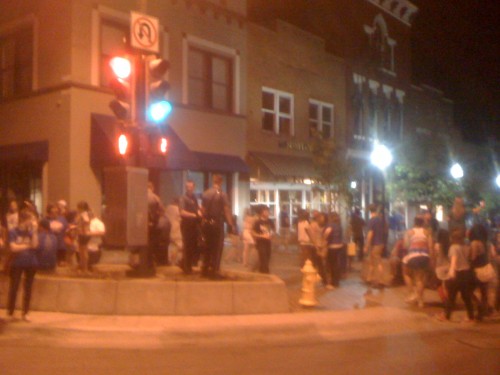 The police were taking the high ground right from the start. 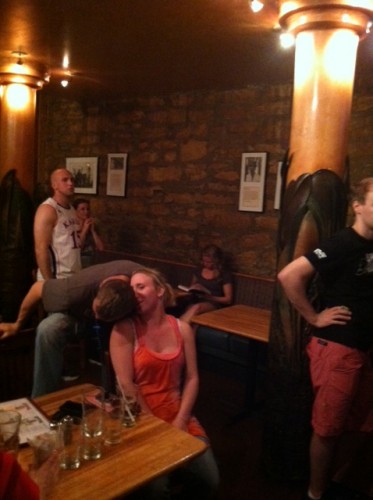 One of the most out of place things I saw all night was this girl, dressed fully in KU colors, reading a book during the game. It was The Hunger Games. Guess it is hard to put down.