I don’t see the difference between having allergies and just being sick. As far as I’m concerned, the symptoms are the same, so it is pretty much the same thing.

I don’t know why allergies are such a big deal now. I guess people just want something to complain about. It has always been a big deal to athletes. Not that I’m saying that athletes have a right to complain about things more than the general population, but when you make your livelihood from sports and your body doesn’t allow you to perform up to its maximum level, then it seems okay to whine more. Athletes definitely seem to whine more about stupid stuff pertaining to how they feel. I definitely do.

My grandmother lived to 99 years old. I moved in with her when I was 12. She was 81. I never heard here say one word about feeling bad. Not one. She would be sick, break bones, etc. not one complaint.

One time she had fallen down and broke her wrist. She was in her 90’s by then. A week or two later, she asked me if I would look at her back because she was having trouble sleeping and thought maybe something was the matter. She only wore dresses, she never owned a pair of pants. So we unzipped her house dress, looked, and her back was a million shades of black and purple. It was unreal. So, we loaded her up and took her to the doctor. She had broken nearly all the ribs on one side of her back and maybe a couple others. I’ve broken ribs a few times in my life and I think it is one of the most painful bones to break. The healing process is so slow and any movement, laughter, coughing, just breathing exacerbates the pain. Her whole side of ribs were broken, but she never said a peep about pain.

Anyway, I’ve been hearing a ton on the news about how bad the allergies are because of this early spring, blooming throughout the country. I saw down in Georgia, that the pollen counts are at record highs and that they are 6X higher than a really bad year. That would not be a good place from me to be right now. I check out the pollen reports where ever I’m heading. Not that I’m going to avoid going there, but just the knowledge that there is a reason I might feel subpar is good.

The pollen counts here in Kansas are extremely high right now. Mainly tree pollen, which is bad for me. I started taking Zyrtec allergy stuff a couple days ago. I’ve never had much luck with pills for allergies, but at least mentally, I think I’m addressing some of the issue. It might be a long Spring for some of us this year. It is only March. 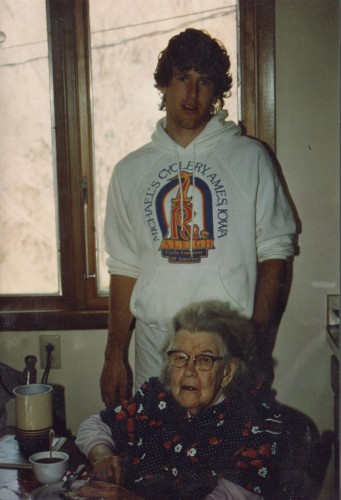 My grandmother and me. 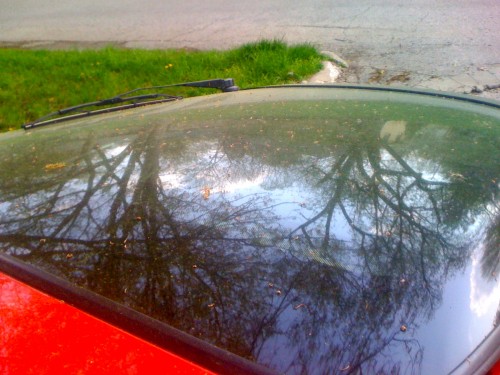 Tree pollen every morning on the car.