I don’t know if anyone out there was following the Redland’s Classic results this past few days. If not, then you would have missed that the same guy won every stage other than the Prologue TT. Patrick Bevin (Bissell Pro Cycling), won all three stages and came within a couple seconds of winning the whole race. I’ve never seen that happen in a race of this caliber. I don’t quite get it. Yesterday stage looks like it was epic, much like the road race in San Dimas it seems. I think that the Sunset Road Race is one of the hardest races of the year. The course is all climbing or descending. Anyway, I can hardly wait to talk to Joseph or something that was racing to hear the story/stories. Patrick must be a ton better than everyone else that was racing this event for this to occur. There is no faking it on the Sunset loop, so he is obviously the real deal.

I think it was pretty interesting the Mark Cavendish couldn’t make it to the finish with the front group in Gent-Wevelgem. It is sort of surprising. Boonen seems to be on a roll, a least for these first two warm-up races. We’ll see how well he is going for Flanders and Roubaix.

And how about Cadel winning Critérium International. He sure seems to have found some form between Tirreno Adriatico and now. He looked like he was climbing really good. He should be a little relieved and feel less pressure now. He had to of been a little concerned.

I’m up in Delavan Wisconsin. The rainy cold weather has been following me through the midwest. It is in the lower 40’s and super windy today. I haven’t ridden for 3 days, but feel a little better today.

I saw an accident on the highway yesterday involving a pickup pulling a horse trailer. There were 5 fire trucks and at least as many police cars there. The pickup was upside down and the horse trailer was on it’s side. They were working on getting to whoever was inside the truck. Maybe 20 guys working. I had to drive by super slowly and could see the horse in the trailer. No one was doing a thing for them. I understand priorities in these situations, but somehow it seems wrong. It has been in the back of my mind since, kind of haunting me. I guess it’s just a bad deal all around.

On a lighter note, KU made it to the Final Four yesterday by beating North Carolina. The game was great, especially if you’re a KU fan. But, it was a good game if you’re just a collegiate basketball fan. The first half was a shootout, with both teams shooting close to 60 percent. It got a little sloppy the 2nd half, but KU pulled away slowly towards the end. It is nice having another week to look forward to the finals. I think it is going to be KU vs. UK in the finals. Kentucky looks pretty great, so I’m not too optimistic for KU to win the tournament, but they have done way more than was ever expected this season, so it is all cake now. 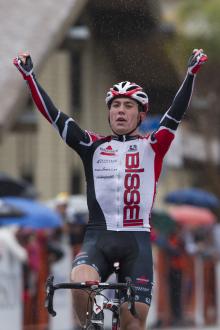 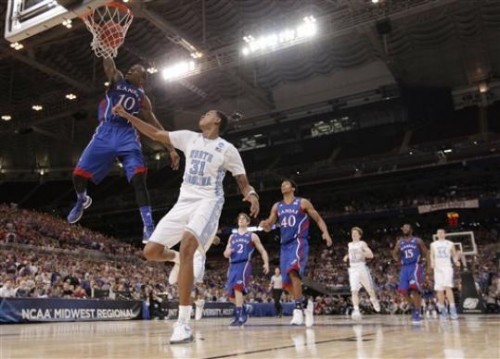 Tyshawn Taylor played pretty unbelievable, considering he didn't make a 3 point basket during the game, or during the whole NCAA tournament for that matter.