Chris Horner is about to ride a 9.3 km TT to decide whether he wins the Tirreno-Adriatico. He would be the first American to do so. It is pretty amazing that this is his first race back since he left the Tour de France last year and had all his medical problems. He is less than 6 seconds ahead of two other riders. It should be interesting. Click here to watch live. Here’s Chris’ take- “It’s going to be an exciting race for tomorrow,” said Horner. “We have three very, very strong riders all very close on GC. I’m sure the fans will get to watch a good race. I’d like to go to bed early but that probably won’t happen so maybe I can sleep in late,” he said.

I’m trying to catch up on some stuff. I have 3 cats that need to become its. Trying to get three cats into a box to transport them to the vet isn’t an easy thing.

It is supposed to be in the 80’s all this week here in Eastern Kansas. I had planned on going down to Arkansas and riding all this week, but the weather there isn’t looking that get towards the end of the week, so that will have to be day by day decision. 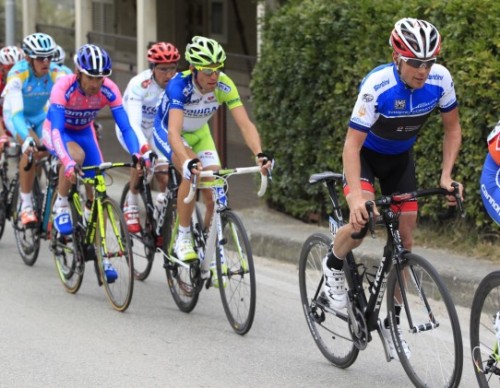 I can't believe how much time Chris is spending out of his seat. I've been watching a lot of the climbing finishes and Chris is standing virtually the whole time when all the other riders are seated. I'm not sure that is going to be so good for a time trial position. 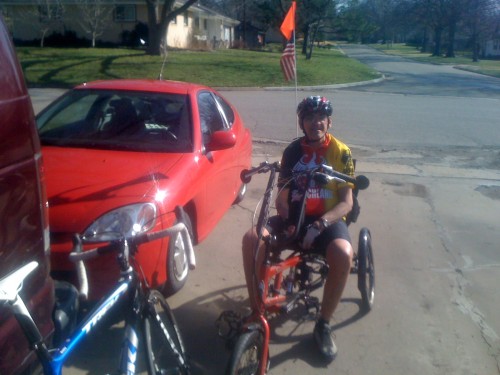 I was washing my bike and my friend Kenny Hackathorn stopped by. He is always good for a few good jokes. 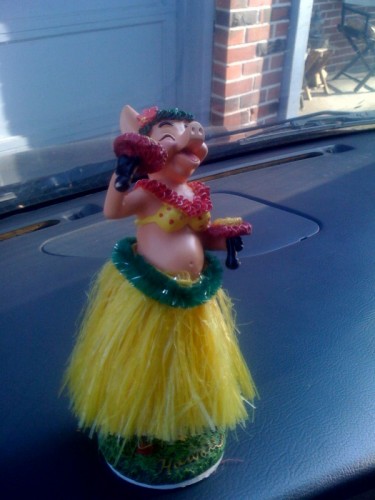 I put a photo on my blog a couple weeks ago and low and behold, a Hula pig shows up in the mail. It was from a surf shop in Maryland. So if you sent me the pig, be comfortable with the thought that I'll take very good care of her.