I’m not much into skipping a race because I think I’m going bad. One of the coolest thing about the sport of cycling is that you have a great ability to have a good result when you might not be having the best day. Better, have good day when you are having a bad day early.

Sunday I wasn’t riding too good. At least I wasn’t riding too good when they blew the gun off. I felt stiff and kind of out of sorts for the first hour. It was mildly depressing. About 30 miles into the race, a big surge/attack was launched up the feed hill. I saw it coming and was in the right position to react. But my body didn’t have anything in it to react. I lost at least 15 meters on a 200 meter hill to a small group of maybe 8 guys. I clawed my way back up on the false flat at the top, but not without wasting myself. It wasn’t too good for my mindset.

Then at about 50 miles in, I felt like I was starting to bonk. I was pretty depressed about the whole thing. I ate a bag of Cliff Blocks and then a caffeinated shot and didn’t feel much different. The Elbowz guys had been at the front for a couple laps and were keeping a pretty steady pace. Over the next 30 miles I got better. Not just better compared to the other riders, but better compared to myself. I was pedaling much easier and smoother. I was able to climb the hills in just about any gear that I was in without that much difficulty.

I was wondering and am still wondering what happens when you improve during a bicycle race? It is one of the only endurance sports I know that you can get drastically better during the event. Or drastically worse, just depending upon the day. But the better is what interests me and makes me love the sport more. Obviously as I got better physically, my mental state improved. But could it be the other way around? That as I got closer to the finish and was observing the race and other riders, I become more confident, thus more motivated, thus physically better? To me, it didn’t seem that way. It seemed that I was physically much better and then more confident because of it.

Either way, it seemed to work out pretty well. I love it when I can turn a bad day on the bike in a race into a good day on the bike in a race. I’m not so big on having a good result in a race on a bad day on the bike. That is usually just tactics and experience, but the riding well when I started off not so good is interesting to me. Maybe if I get a power meter then I’ll get some more information to confirm what I think is happening. Until then, when I’m off at the start, I’ll keep in the back of my mind that there is a fair chance that I’ll come around later in the day. It is good for my mind. 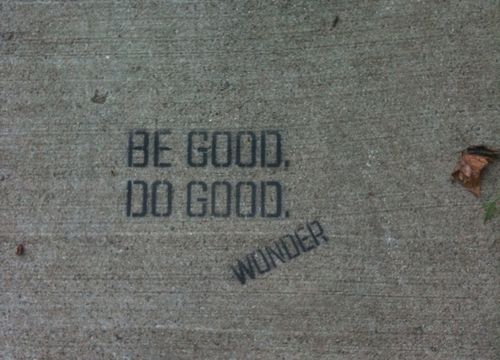 8 thoughts on “You Never Know unless you Clip In”