Talk about going from one extreme to another. This, now closer to 90 degree, temperature swing is harsh. It is -10 right now on the thermometer. I’m doing a 42 km ski race this morning. I haven’t skied since last January, nearly 13 months ago. I have no idea how this will go. Plus, I woke up this morning with a bunch of gunk in my throat, feeling all weird. Not a good thing.

I’m sort of a hacker skier, so I don’t have any idea how I’m going to do. The race is the Pre-Birkie. It is usually kind of a big regional race, but I think that there are a lot more good skiers showing up this year, so I won’t be skiing with the front guys at all.

Yesterday I went over to OO and skied an hour with Jeff Bradley and Tommy Matush. Both Jeff and Tommy have been skiing pretty seriously this season, so I think they have high expectations. I have no expectations. There was 4 inches of new snow on the ground, which hadn’t been groomed, so it was pretty slow going. Tomorrow it is going to be super fast I think after they get the big grooming machines out there tonight. That is not a good thing for the home team. I’m much better in slower, more stable conditions, not fast, slick stuff. Whatever, I’m not a ski racer, much, so it will be memorable.

Last night we went over to Cable and had dinner at the Rivers Eatery. It is super good stone oven pizza. It is sort of becoming a tradition celebrating birthdays there now it seems. It was pretty fun, we’ll probably go back there again tonight.

I’m heading out in just a little while. I haven’t entered the race yet, so have to get there a little early. I’m not going to ski an inch before the start. The race starts on Lake Hayward, which is not good for me. I don’t like skiing on lakes. I don’t like planting my poles on ice. Plus, it is pretty sketchy, which isn’t good for me. I’m going to get slaughtered off the line and have to play catch up all day.

Okay, I gotta get going. This is going to be an experience, if nothing else. 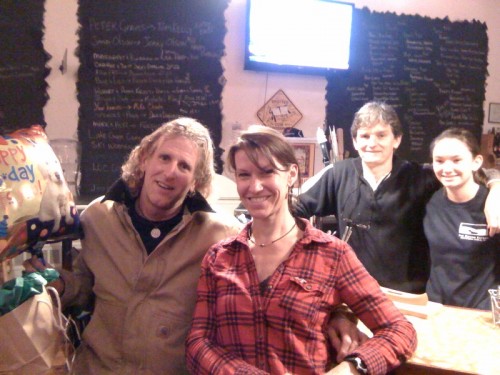 At the Rivers Eatery with Beth, Mick and Libby. 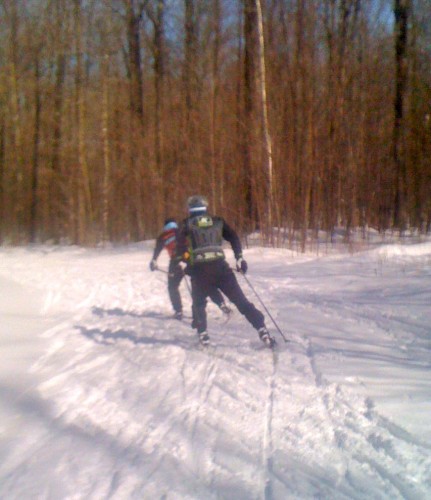 Skiing in new snow with Tommy and Jeff. 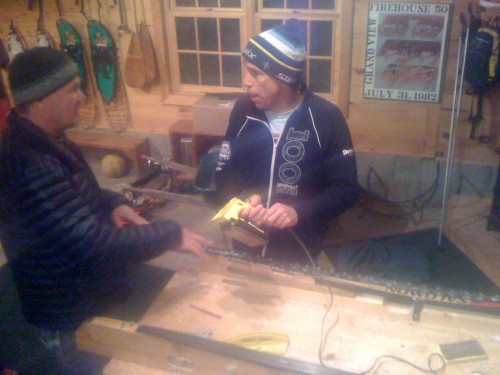 Jeff and Drew Holbrook discussing how to apply $300 worth of wax to my skis. 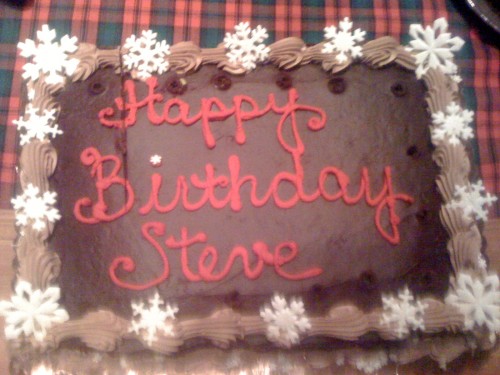 The birthday cake from Heather at the Brick House in Cable. 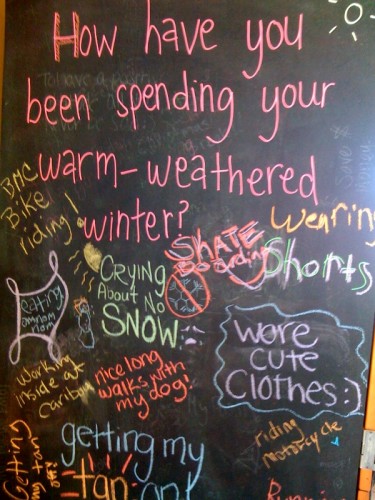