I woke up early, 4 am. to watch the Junior World Championships in cyclocross. I was interested to see how well the young kids negotiate the sand. Also, I wanted to watch to see if Adrie Van der Poel’s son, Mathieu, could win as the all out favorite. Plus, my friend, Thomas Frischknecht has a son, Andri, who was racing too.

After watching the race, I’m not sure it is such a great course for a World Championship. I know that it has been used for decades for cyclo-x and is famous, but there is just too much sand too early in the race. Too much sand in general if you ask me. If I was anyone lining up more than 3 or 4 rows back, I wouldn’t even bother starting. The race is going to be over for them less than a minute into the event. It was chaos for the junior men and there weren’t that many of them.

Mathieu Van der Poel rode an excellent race. I don’t think he had his A game on and still won. Or maybe he just isn’t as good in the sand as the Belgium riders. The Belgian, Wout van Aert, rode excellent too. He led early got caught, regrouped and separated himself from the group to finish 2nd alone, less than 10 seconds back. I think on a different day with a different mindset, he could have won that race. He seemed pretty happy to finish 2nd, making me think that he had already given 1st to Van de Poel.

Since I’m up, I’m going to watch the U23 race at 8 am CST. I’m watching it on Belgium TV here. I’m hoping Zach McDonald has a good race and finishes in the top 10. He has been having a stellar season and deserves to finish it off on a high note.

I spent 15 hours or so on the roof Thursday and am pretty much finished with it. I’m getting some drip edge bent and after I put that on, it’s done. Everything went pretty seamless. No problems, even though the wind was gusting over 30 mph when we were laying the rubber. I think I have the process down well enough that I can do it in about any wind, but you never know. I think I’ve went up and down the ladder at least 300 times the last few days. Usually carrying something heavy either up or down. My calves are toast. Someone left this kind of pointed message on my facebook page – “Just think if u have to work all year long like the rest of us. Would u still race?” I wrote back, yes I would, but that I don’t think think there are any professional cyclists that are also professional, full time, roofers anywhere on this planet. I might be wrong in this, but I’m pretty sure no one could juggle both jobs.

The weather here in Kansas is supposed to be stellar the next few days. In the 50’s over the weekend and then in the lower 60’s most of next week. I’m hopefully going to get in some big, slow miles. 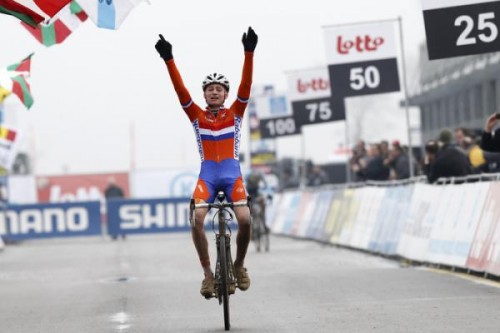 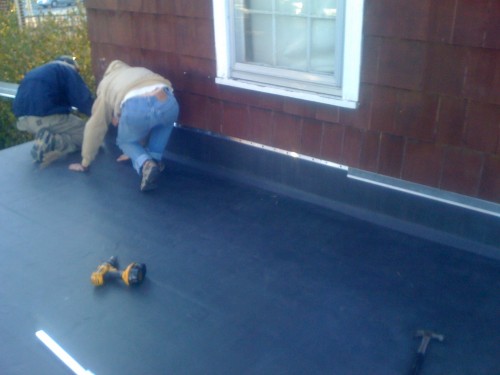 Trudi and Bill putting on the last of the flashing. 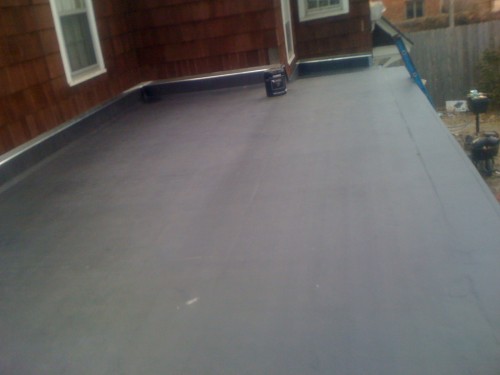 It turned out pretty good, no wrinkles.