I saw that I was getting a fair amount of traffic on my website from bikeforum.net and went over there to see what the link was about. It was a link to the post I did yesterday about team tactics. Some guy on the forum posted something about how I’m such a douche bag and goes on and says all the reasons he believes why. I went ahead and signed in and wrote something about how wrong he was with his statements. In retrospect, that was stupid I’m not sure why I did it.

Anyway, I was thinking that a lot of the time I don’t pull punches. I pretty much write what I think and don’t really think too much about what I write until I’m writing it. It isn’t like I do this for a job or something. Most of the time I’m pretty blunt in my observations. Observations about myself and of others also. That is how I am. Pretty black and white.

I was talking to Jimmy Mac, editor of Mt. Bike Action, a little while back and he was asking me how I dealt with all the people giving me shit all the time on my blog. I told him that most of the time it didn’t bother me much. Everyone has their own read on each subject and it is great to open the forum to different opinions. It is a free country, for the most part. He said that it bugs him a ton and he isn’t nearly as controversial as I am. That statement kind of made me think. I never thought of myself as controversial. Unorthodox, outspoken, and lots of other words would probably be accurate, but controversial seems out of place. But, I just guess it is how you define controversial. I have my opinions and express those here. I guess if you don’t agree with my observations, it makes it seem controversial.

I really don’t mind people disagreeing with my take on things. Lots of times I change my stance a little because of the comments. But when people make up stuff about me and get personal, it seems wrong. I have a pretty tough skin in this regard, but it still stings a little. So, when you’re leaving your comments all over the web about me, feel free to disagree with me, call me out, whatever, but remember I have this soft side that doesn’t appreciate the name calling, especially over breakfast. 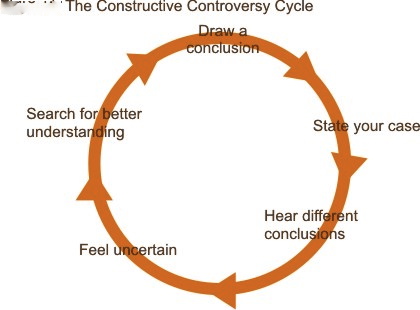