I was watching the GVA Trophy Cyclocross at Baal (GP Sven Nys) this morning, under slept, and the one thing that became struck me was that every one of these guys screw up a fair amount in a muddy cross race. I already knew that, but watching the race this morning drove it home.

So, for my New Year’s Resolution, I’m going to state that I’m going to take more risks. Not only in cycling, but in life in general. It is hard to amaze yourself when you always stay within your comfort zone. The most memorable accomplishments are the ones that you have to go into that “dark” area of uncertainty. That is when the rewards pay dividends.

I already do this on a fair basis. But when I’m teetering, I’m going to try to take the plunge more. But not stupid risks, just new life experience risks. The ones that keep life fresh.

If we take this back to cycling, especially MTB racing and cross, there are lots of reasons to have limits. But I found out, pretty late in my life, that being embarrassed or self conscious about ones performance, is not a restriction that ever helps you progress.

When I first started racing MTB bikes on a Professional level, I thought I was going to kill everyone from the start. That didn’t happen. Not even close. Much of my early disappointment involved not being able to technically ride sections that some others, usually John Tomac, could clean easily. Up and down I was having troubles. I was racing a World Cup in Vail and was having issues cleaning a dusty descent that was surrounded by a huge crowd. I fell at least 50% of the time. I was so embarrassed. Then later the next week, when I was watching the race on TV, I saw that a lot of guys, most everyone, was falling. I think 3 out of the top 5 finishers fell on the last lap, less than a couple kms from the finish. I got a lot better at the sport that day. From watching a race on the television, I realized even the best guys fall. That one revelation removed a huge barrier that was stopping me from getting to the next level.

I don’t think we can easily recognize where these barriers are in real life. But, when we do encounter them, I think we should all try to get over a few more in 2012. Happy New Year. 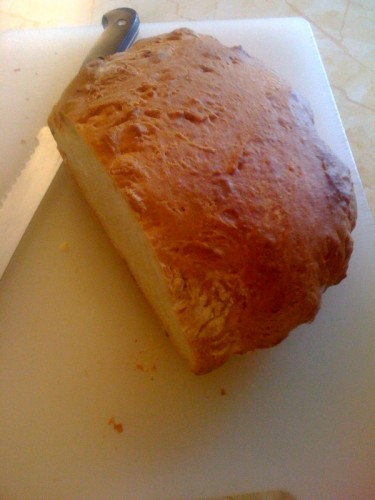 Along with the risk thing, I'm going to try to eat more fresh foods this year. After making pizza, I always have a bunch of dough that I just throw onto the stone that makes this simple bread. 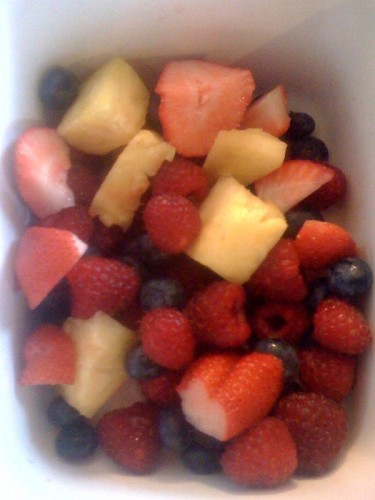 How about fresh fruit on January 1st. It's a pretty incredible time we live in. Our grandparents would of never had this in the winter. 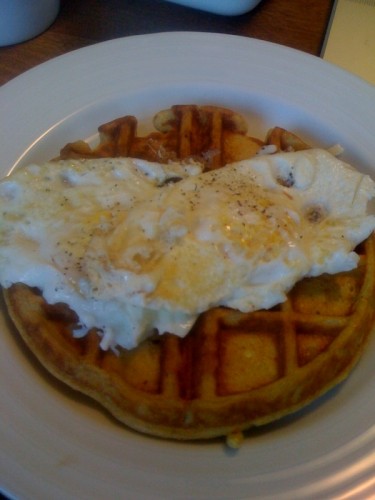 I've been eating a lot of cage free, brown eggs recently. I'm going to get some chickens this year.