It is that day. The day for the last ride of the year. Today, here in Topeka, it is going to be really warm for the season. Close to a record high. But, with that you have to pay the price of wind. It is already howling and it’s not even close to what it’s gonna be, approaching 40mph. There is a ride scheduled at my house at 12:30. I suppose a fair amount of people will show up even though there is a cyclocross in Kansas City. I decided not to race just because it takes too much effort and time and I’d rather put in one more day of hard training. I rode to Lawrence on gravel yesterday, which is close to 70 miles and had to fight a good headwind all the way back. I can’t complain about how I’m riding. But that is a fine line of course.

I’m still not big on the Nationals being moved to after Christmas. I don’t think most guys like to train through the holidays. I really don’t mind it so much, but I ride most of the year anyway. I don’t really think it is good for the health of the sport.

I guess tonight is when you supposed to make some new resolutions. I really don’t. I do plan to mix up my riding a bit more this next year. That is going to probably mean I’m going to be racing my MTB bike more. Riding a bicycle, through the woods, is a means of catharsis for me. Especially going at race speed. I love the concentration and focus it demands.

11-11-11 has come and gone and I’m still around. So much for superstition. Anyway, I hope everyone has a chance to clip in once more in 2011 and has a great New Year’s Eve. 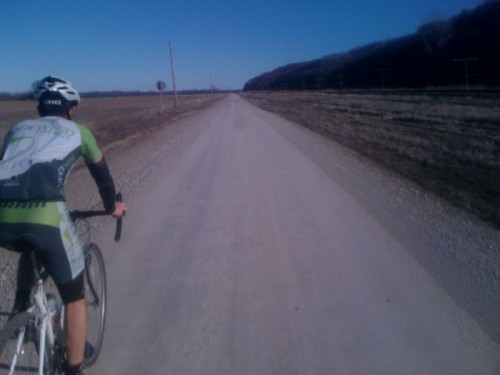 The gravel roads are in perfect condition, other than where they are grading. 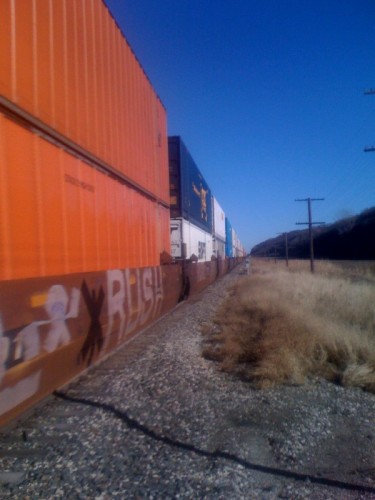 We got stopped by a train yesterday for a bit. I love seeing trains, wondering where they are heading and what they are carrying. 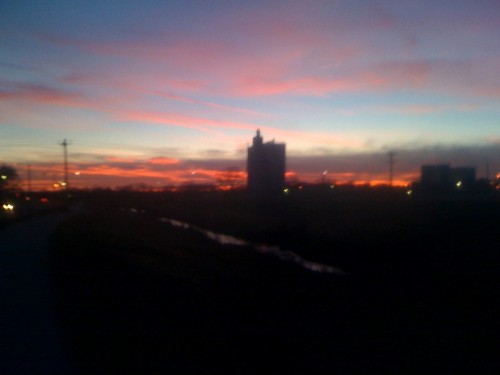 We got back a little late yesterday, but it is my favorite time to ride.

One thought on “Last Ride of the Year”