Last night I went local cyclocross race, the Grote Prijs Shawnee in Kansas City. I’ve been putting in some hard training days. I haven’t really been able to tell how I’m going just training, so thought that it was a good time to race. If I jacked up my hamstring or some other mishap, I still have over a week to recover. I’ve been kicking around just skipping Nationals in Madison and going straight to Louisville, but I can’t really see missing the best racing weekend of the season, by far.

Last night was super fun. The course was lite as best a local even can be. Mark Thomas had rented a couple big, generator run stadium lights, but it was still dark in a few places, which just made it all that more exciting and seem that much faster. I have no idea why a person’s mind perceives speed differently when it’s dark. It always seems like I’m going so fast, on the road and off road, when I’m riding at night.

I had ridden an hour and a half with Bill in the afternoon pretty hard, so I didn’t feel the need to warm up so much. I don’t think there is a better warm up for a race than riding for more than an hour, earlier in the day. That is the reason that lots of times you’ll see the domestic Pros going for a ride in the morning before a criterium.

I rode a few laps on the course between the races. The course was tight and tricky. The ground was a little soupy, thawed and refrozen turf, which got slicker as the evening progressed. I felt pretty good warming up and was looking for a good work out.

I got a fair start, going into the grass third. Starting used to be my forte, but it seems to have alluded me recently. I moved up to 2nd early, behind Brady Kappius, Clif Bar, Littleton,CO. I couldn’t tell if he was trying to catch his breathe from starting or that was going to be his pace. I was well within myself, which is a very nice thing in cross. I was hoping that I’d actually be racing someone most of the day. I felt like I needed to be stressed by someone else’s tempo at times. And I like seeing where others expend their energies on a course. But after about 1/2 a lap, I knew I was going to be riding by myself the whole day. I felt good and wanted to put in some big surges. I got a gap on the field, but Brady came back by me hopping the barriers much faster than me.

I rode just a little while longer with him and then rode the rest of the race on my own. I can’t complain about my form or feeling. It is nice to be able to exert power on grass when you need it. I do have to admit, that after one long boggy section, I was looking forward to the next few turns to rest some.

The race was less than an hour, which was fine. My lower back and stomach has been kind of sorts the last couple weeks. My back was fine during the race, but still felt shitty driving home. I have no idea what that is all about. Normally, I don’t has any issues with those parts of my body. It’s always something I guess.

Since we’ll be talking so much about promoters, I have to go on record that promoting bike racing is a very hard job and greatly under appreciated. It has to be under appreciated because it’s such a hard, thankless job that it is only for the passionate. That is the best thing about the US cross scene. The passion. We all have it. There were probably around 150 riders total at the race last night. And every one of them had a great time. So, thanks Mark Thomas and all the other guys out there that would rather be racing, but instead expend their energy so others can race. 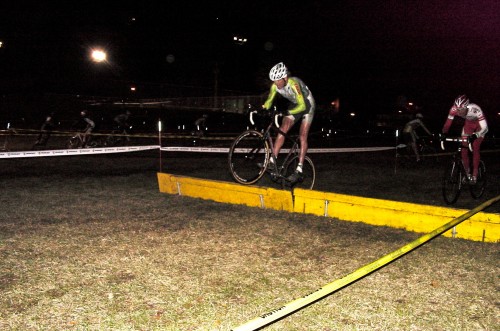 First lap over the barriers. Brady was ahead of me after the 2nd barrier. 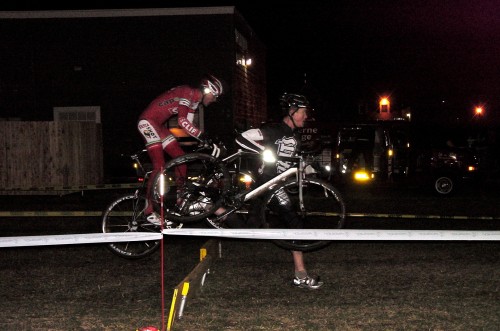 The race for 2nd and 3rd was heated all night between Brady and Daniel Miller. 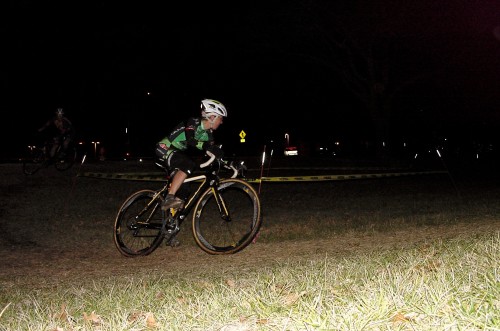 Catherine won the women's race and looked like she had some form, which is always nice. 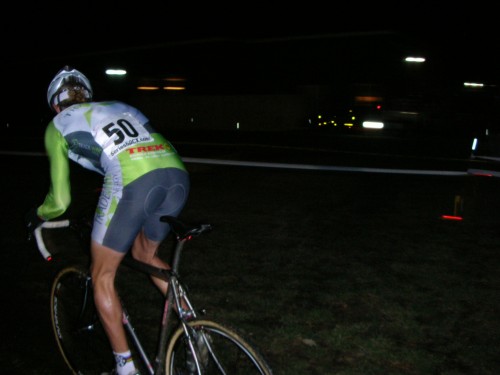 I was trying to stand and get back up to speed as often as possible. I've probably been watching too much super charged cross racing on the internet recently. 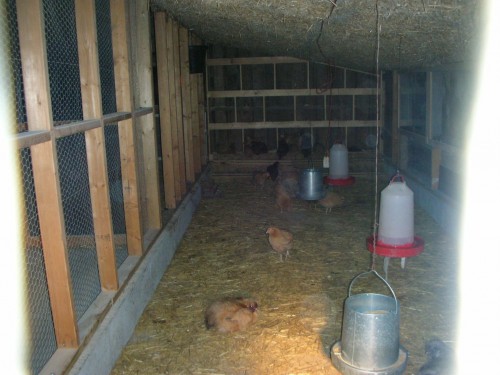 It's only appropriate to ride by a chicken coop in a cross race.

One thought on “Midweek Bike Racin’ under Lights”