I read this article this morning about how the UCI says they would like Cyclocross to grow as a world sport and the domination by the Belgians is bad for the sport. The article goes on to say about the growing number of participates in the US, how it is becoming more popular here and that the Worlds being held here the next two years is very good for the sport.

I hate to burst Peter Van den Abeele’s(UCI guy) bubble, but cross here in the US is barely a niche sport at best. Granted, more people are participating, but for a sport to flourish, it has to have an economic base. And cross has no economic base. It is a closed system with the only money going into the sport is the money of the participates. Very little sponsorship, no spectator funds, no TV dollars.

I doubt there are 5 riders, here in the US, that make a living racing cross. And that living is meager at best. There is no professional sport that has 5 professionals as their base. Everyone else is just trying to cover equipment and expenses.

If cross is going to succeed here in the United States, there needs to be a economic way for the best riders to exist. And that isn’t going to happen anytime soon. It would be cheaper for an American to move to Europe and race there completely unsponsored than to try to do the US racing “circuit”. There isn’t a circuit. You can say anything you want about the Gran Prix Series, but it doesn’t constitute a race series. It is a bunch of races that try to add prestige to their events by designating themselves something special. They have the same bullshit prize list, that the UCI supposedly mandates, and the same high entry fees. The prize list at an UCI C2 race is $2068 for 25 places. Divide that out and you get an average of $82.72 per place. About like a good prime in any local criterium. Then subtract the $45 entry fee and you’re getting close to nothing.

In Belgium and most everywhere I’ve raced in Europe, the riders are paid by the races to come and compete. The start money is much more than the prize money. I wouldn’t be surprised if Sven Nys makes somewhere between 5000-10000 Euros everytime he suits up. There is very little, if any, start money ever paid to start an UCI race in the United States. Some races offer riders some travel money and waive their entry, but that is the extent of their generosity. With that being said, there is an exodus of the best cross riders leaving the sport for the road. Lars Boom a couple years ago, now Stybar is going to focus solely on the road. The cross attraction, even is Belgium, is not enough to keep the best riders in it exclusively.

Paying $75 plus to ride our National Championships at the Elite level seems like robbery. Same for the Masters Worlds. I think I paid 10 Euros, maybe a little more, to race the same race in Belgium last January. That is less than $15. I really don’t understand why the promoters of our sport are the only ones that seem to be able to make any money from it.

The sport of cyclocross is succeeding here in the United States because the participates have a passion for the sport. If that is going to be sustained, then everyone involved, that is the industry, USAC, the race promoters, everyone, has to have that same passion and desire to make it viable. That isn’t happening here. I hate to say it, I doubt it ever will.

Below are a couple shots I grabbed off the screen of the GVA Loenhout this morning in Belgium. Each spectator probably paid at least 10 euros to watch. It is self sustaining at that point. 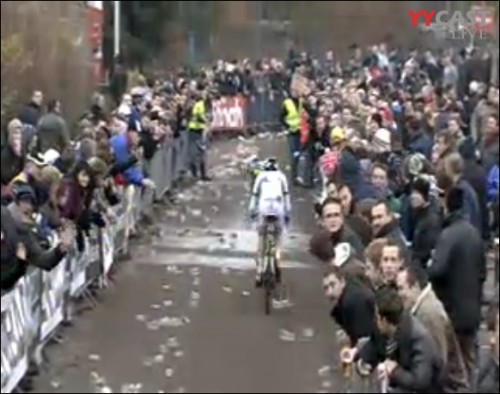 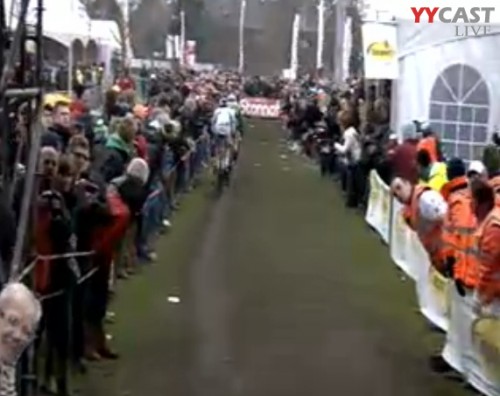