I’m not sure I’ve ever ridden 3 1/2 hours on Christmas Day. Maybe one winter I spent in Southern California. I didn’t expect the weather in Chicago to be anywhere near as nice as it was yesterday. It was nearly 50 I think. But, super windy, like Kansas windy. I have been feeling kind of funky since I left, but I wanted to get in a longish ride. Mainly to burn calories. So, I decided to ride with tailwind first to make the ride longer.

The wind was from the West/Northwest, so that had me heading towards Chicago. I thought that would be fun anyway. I knew there wouldn’t be much traffic on the road, so it might of been the best day of the year to ride into the city from the suburbs. Mt. Prospect, where Trudi’s mom lives, is 30 miles Northwest of the city. I rode straight East to Evanston and then down the edge of Lake Michigan into Chicago. It was really enjoyable.

I was wearing headphones. That was probably, definitely, not a good idea. It is super unsafe riding in traffic with not much hearing. I hardly ever wear headphones riding in the country around Topeka. Anyway, I was wearing headphones playing music. The traffic didn’t get sort of concentrated until I was South of Evanston and entering Chicago. The wind was blowing 20 to 25 mph and it was pretty much at my back all the way there.

I rode into the center of the city, by the lake and did a U-turn and rode back nearly the same way I went out. It is great just looking around at the houses and buildings. Super interesting. Especially the humongous houses in the neighborhoods North.

I have an App on my iPhone that works like a Garmin and maps my route, average and max. speeds, mileage, etc. I used it on the way back and had around a 18 mph average coming back against the headwind, stopping for a fair amount of lights. It is strange, because I felt pretty weak and unmotivated riding out, but somehow turned that around after an hour and 45 minutes. I didn’t feel great riding back, but acceptable. I’m having a few issues, but I don’t think I can do anything about them in the next two weeks, so it is what it is.

We heading back to Kansas this morning. It’s 600 miles. I have a bunch of new bike parts on the way and a hot water heater to install, so it’s where I need to be. There are two UCI races cross races in Kansas today, Wednesday night and then again the 31th, so I’ll probably race on Wednesday and then again on the 31st.

Okay, got to get driving. It seems a shame I’m just going to be back up here in a little over a week, but I didn’t plan on staying here, so that is how it goes. It is amazing that the weather is as good as it has been. No snow anywhere up here, including Madison. That could very easily chance in the next two weeks. 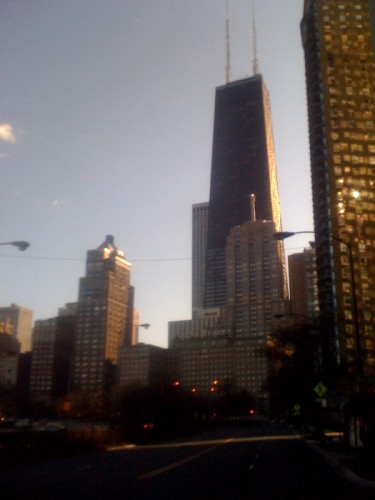 The skyline of Chicago is pretty dramatic approaching it from the North. 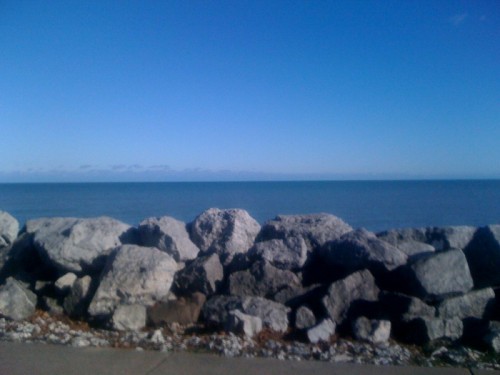 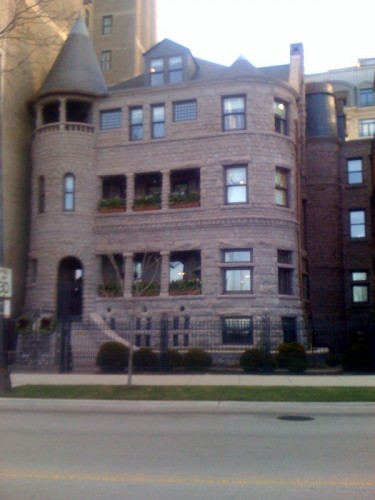 This is one of the favorite houses I saw. It's on North Lake Front Drive I think. 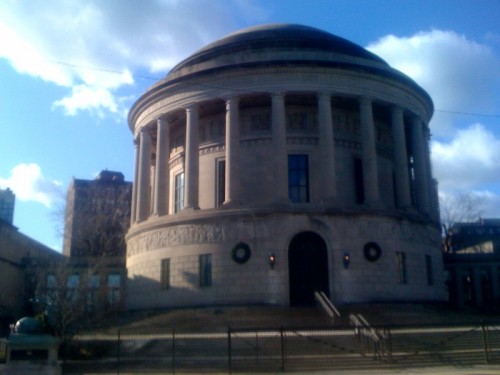 I think this is the National Headquarters for the Elks Lodge. Pretty impressive building.

4 thoughts on “70 miles on Christmas Day”