I don’t know why it seems that I have no extra time any more. Or any time at all. It’s not like I’m messing around on the computer or watching TV for hours. But that is how it is now.

Yesterday was a prime example. I went for a semi long winter ride at 3 1/2 hours. That ride really takes closer to 5 hours by the time you add in getting dressed, undressed, showered, etc. So that was a big chunk of the day. But I had another 11 hours, at least, of time left and it doesn’t seem that I got 11 hours worth of stuff done.

I spent a little over an hour hauling leaves. A couple weeks ago we’d raked the leaves into a big pile in the front and still needed to move them to the back compost pile. The leaves were wet, thus heavy. Kind of did a number on my already sore hamstrings.

I spent last night weighing and gluing tires. There was a pretty wide weight difference between all the FMB tires. Not huge, but 50 grams from the lightest to the heaviest. Same with the Dugast. The FMB’s mostly weighed in around 435 grams, which is alright considering. I have some 34mm Dugast tires that actually measure under 33 most of the way around. The way the UCI officials jam that measuring devise over the tires I’m sure they would be okay, but you never know. The difference in volume between tires that are just 2 mm in diameter is much greater than the 6 % width difference. The volume has to be closer to 10 %. I’m not exactly sure if that applies directly to pressure, but it is probably close.

Okay. I’m driving to Chicago tomorrow morning for Christmas with Trudi’s family. I have to make a small detour up by Crystal Lake, Ill. to pick up a hot water heater that I bought a month ago. My water heater has been oozing water for more than a couple months now. I ended not getting hot water on demand and just a standard water heater. It is kind of high rent with a few extra bells and whistles, whatever that means for a water heater. New it would be close to $800. I bought it on eBay for $117. It was purchased for new construction, but the home owner wanted a 75 gallon hot water heater instead of a 50. Must of had a jacuzzi bath tub or something I’d guess.

So there is going to be a bunch of standing today and then sitting tomorrow. Not a good happy medium for my hamstrings. 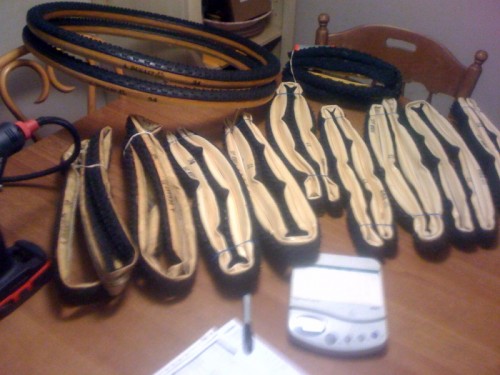 I took over the kitchen table with my tire weighing project last night. 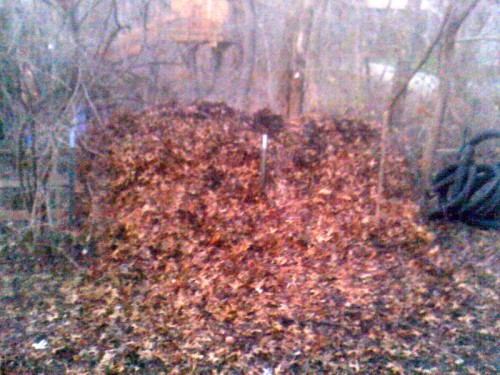 I didn't mulch the leaves this year, so they over filled the compost area. 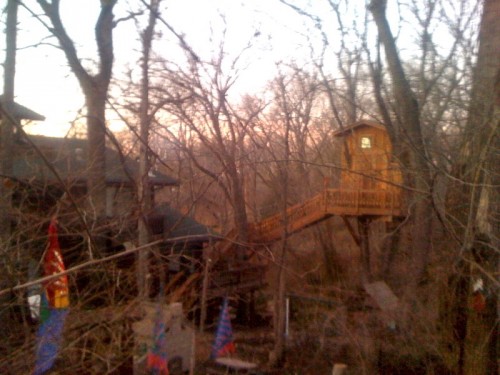 In the photo above, this is the tree house my neighbors to the rear build last year for their grandchildren. It is pretty great, it connects to their house. 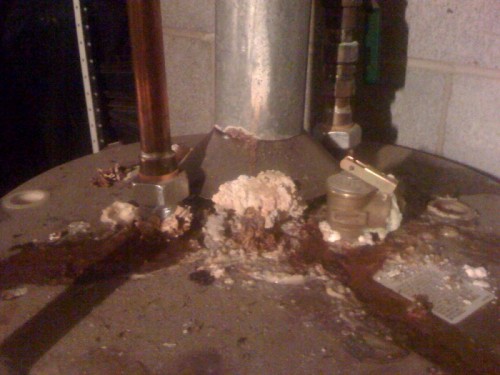 End of my water heater's life. I probably could have saved it if I would have noticed the issues sooner.

4 thoughts on “Time Seems to Disappear”