This past week has been full of a ton of strange cycling news.

1st and foremost, at least here in the US, is that the ACA is now coming back to the USAC. Welcome back Colorado, Oregon, Illinois, etc. I do understand some of the reasons for not being part of the USAC, but in reality, one unified organization governing the sport is most likely the best thing for the us all.

Mark Cavendish is pissing off some people. At least he’s bending, if not breaking, the rules concerning the World Championship Jersey. I saw the picture below of him racing the track with his Pro World Road Jersey on. That is a no, no according to the UCI. You can only wear the jersey in the discipline you won it in. I think the rule is bullshit. Especially if he was the only guy at the event that is a World Champion in any discipline. Here is an article explaining the rules.

Lots of news on the drug front-

How about this 63 year old master guy from Flordia refusing a doping test after finishing 5th place in the state TT earlier in the day, and now has to sit out 2 years. Social security, here he comes.

Then there is CAS still trying to pin down Jan Ulrich on something. I’m not sure what that is all about, but it kind of seems a little silly at this point. Jan is eventually going to come clean on everything, probably in a book. Let’s just wait for him to be comfortable with himself so he can be candid with us all.

And Tour de France former winner, Oscar Pereiro, had his way blasting every sport publicly. I’m not sure that the best way to defend cycling by saying everyone in every other sport uses drugs.

And then we have Yannick Noah, Pro tennis player from the past, saying that all sports should just legalize doping. And Yannick has a son playing basketball professionally here in the US. Maybe he is more into the competition of sports than the actually natural abilities of the human athlete. Or the health of the participates for that matter. Idiot.

And today, Alberto has already had his hearing in front of CAS concerning his “problem” with clebuterol. This sure hasn’t taken a very long time, remember this is from the 2010 Tour.

And with all this happening, the head guy from Coni saying that the sport is cleaner now than any time in resent history. Maybe true, but it’s still silly.

How about Chris Jones and Julie Krasniak, both of Rapha Focus, winning the World Single Speed Cross Championships in S.F. last weekend. The prize, a tattoo. I’ve been invited to a few of these single speed World Championships through the years. I never have gone, mainly because of the mandatory prize list, ie. tat.

You can read about most of this weird stuff, condensed, everyday at The Doug Report. 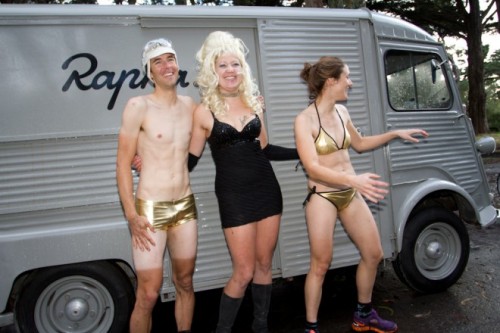 The winners presentation for the SSCXWC 2011. 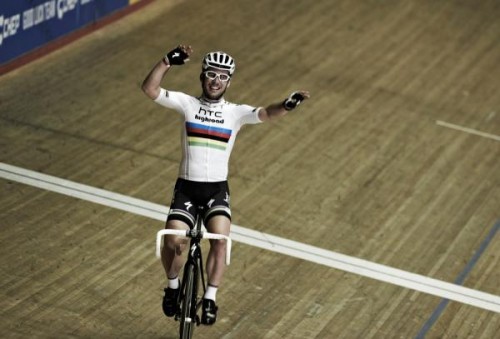 Cavendish breaking all the UCI protocol, wearing the road jersey on the track and bastardizing the World Jersey with short stripes. 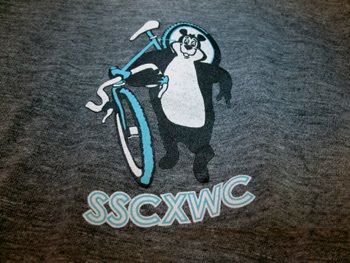 I think this was the image of the tattoo from 2008. How about having the cyclo-x bear tattooed on your body for the rest of your life? 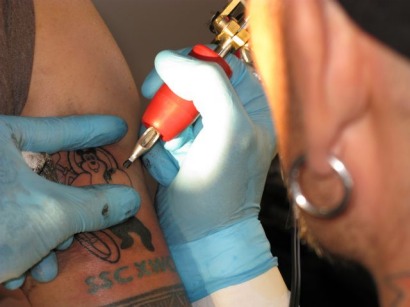 And here is a photo of Wendy Williams getting her polar bear tat applied.