The race last night was great. It was on a driving range in Broken Arrow, Oklahoma. Pretty really flat with a couple small hills. All under driving range lights. It was pretty windy and not warm. Not super cold, but it seemed colder than it should. Probably the wind. That all said, the course was super fun. Super fast grass and lots of corners that were pretty technical. A really good course.

Anyway, the race went alright. I’m not riding any better than I predicted. Actually, that might not be exactly accurate. I am riding pretty pitifully, but usually when that is the case, I am suffering like a dog. I wasn’t last night. I’m not sure if that was because it was a tactical race and there was a fair amount of drafting, thus rest. Maybe I’m not going as bad as I think, thus not an over abnormal amount of pain.

The race was pretty tactical. Probably because of the wind and open course. It was much easier sitting on than being in front. The front group kept fluctuating from 3 to up to 8 guys. We’d get going pretty good and it would get down to 3, then we’d sit up and everyone would eventually attach back on.

I put in a few digs here and there, but had no desire or ability to ride the whole way in the wind by myself. The last lap it was actually racing. It got down to 3 of us, the same three that had been splitting off the front the whole race. I lost the lead in a pretty important spot, when Jacob Lasley, Team Soundpony came through on my inside in a corner that I had predetermined as the spot to take control. Adding to that, I folded my rear tire over twice in the last 300 meters. So, I ended up third of out a 3 man sprint, which didn’t thrill me much.

Brian Fawley won the race. He won both days last year by miles. This year he seems more human, so the race this afternoon should be interesting. Today is the big $$$ race. A few more guys are coming in I’m sure. I’m usually quite a bit better on the 2nd day. I can only cross my fingers.

On a side note, I was the worst finisher in my van. Catherine Walberg won the women’s race handily. And my team mate, young Ben Stover won the 3’s race, making it look pretty easy too. He’s gonna have to start racing with the big boys after this. 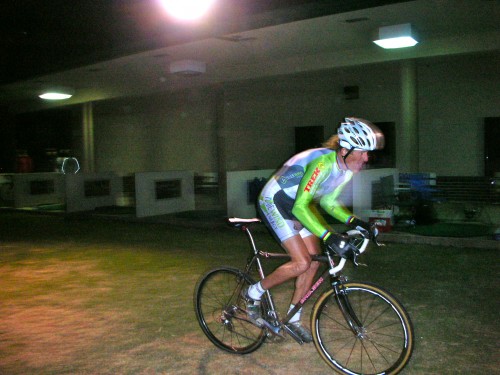 The were plenty of places not to be seated on this course. 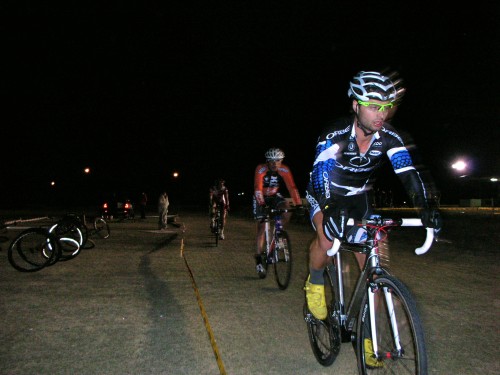 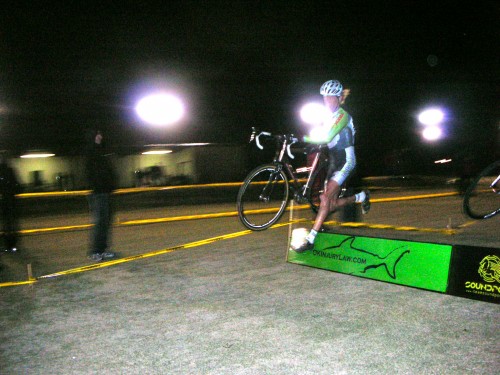 I felt pretty okay going over the barriers last night. That was a good thing. 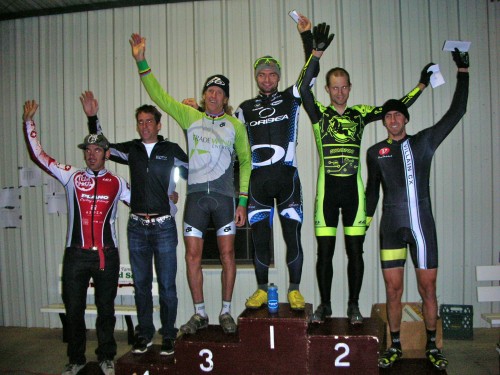 4 thoughts on “Showdown at Sundown Cyclocross”