I saw yesterday that the Garmin Team isn’t going to be riding SRAM components, but Shimano next year. I’m always interested when the big teams switch back and forth between equipment manufactures. What was interesting here is the Velonews article states that Shimano isn’t sponsoring Garmin. Cervelo, their co-sponsor is purchasing the equipment upon the riders request. I’m not sure I’ve ever seen something like this stated publicly. Shimano must be grinning from ear to ear. This is much better, publicity-wise, than sponsorship.

The main headline of the Topeka paper yesterday was that the United States was sending troops to Australia to counterbalance the growing power of China in the region. The article says that “we” are sending 250 trooper to “buffer China’s increasing power” . Okay, this is bullshit. I just looked it up and China has around 4,500,000 troops in its’ armed forces. About 1,500,000 more than the United States. And lots more people that aren’t in their army, but could be. I don’t think the 250 marines we send to Australia is doing anything other than make the 250 US Marines that get stationed there extremely happy. I don’t even think it can be construed as a statement. It is disappointing.

Cyclingnews had an article on Alex Rasmussen not being sanctioned for missing his out of competition doping controls. I think the out of competition controls are sort of useless nowadays, but at least it keeps everyone on their toes a little more. Even Alex and his Saxo Bank team mate, Jakob Fuglsang, stated on record, less than two weeks ago, that he should be given a suspension. Since he got off, then Jeannie Longo’s case should be a slam dunk for her. We’ll just have to wait and see how that plays out.

And on a brighter note, Stefan Schumacher, finally, thank god, found a team this next season in the professional peleton with Christina Watches. I’m sure he and Michael Rasmussen can help each other out greatly. It is great that all these guys like Valverde, Schumacher, Deker, etc. are so readily accepted back into the Pro ranks, since most of them weren’t using actually, really using drugs to start with.

We’re loading up and heading south to Tulsa in a couple hours. Racing at 9 pm tonight and then again tomorrow afternoon. I’m going to get trounced down there. I have no power sitting on my seat. And not a lot standing, but sitting is a problem. I don’t know why that it, but it is. It is kind of disappointing because I’d like to think I would be competitive if I was just riding like I was a couple weeks ago. I do think that it would be nearly impossible to be holding any kind of good form all the way from Thanksgiving until the 2nd week of January, so that is a upside. But not being in great form is a lot different from where I’m at right now. You never know, I might surprise myself. If not, it is going to be a painful couple of days. 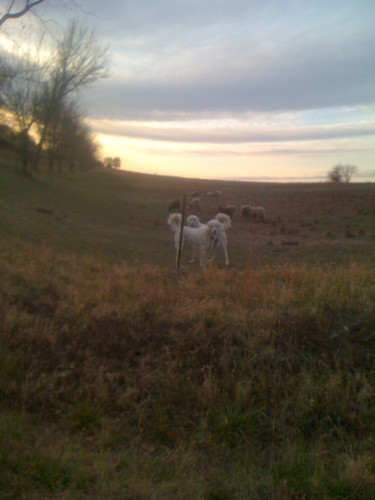 I ride by these guys all the time heading west. They are really into watching their sheep. 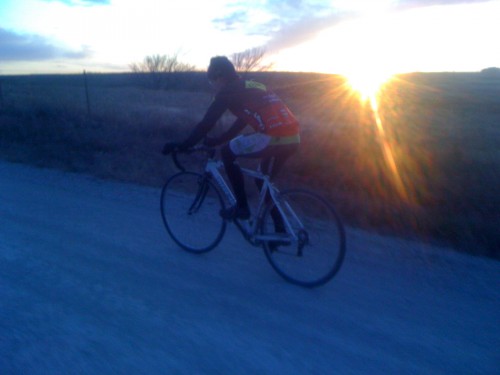 Bill riding near sunset. He baled on going to Tulsa. Sore throat. 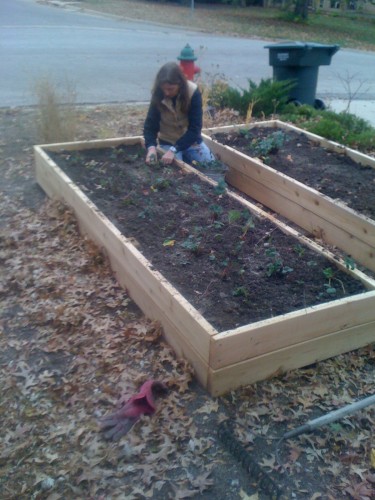 Trudi moving all the strawberries into the new planters in front. 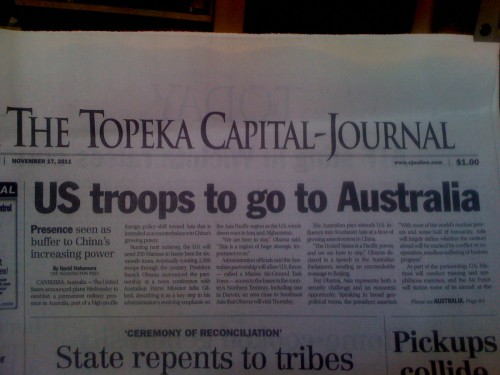 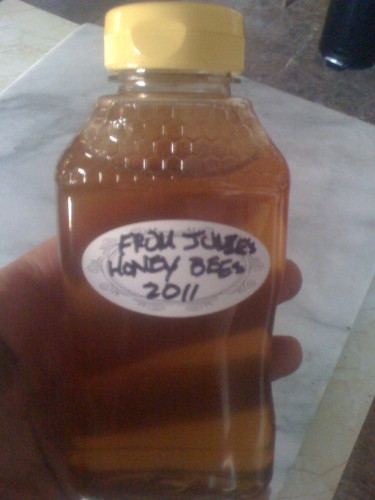 A friend and local racer, Jeff Unruh, brought us some honey that he and his wife, Julie, got from their bee hives in their yard. I'd love to get some. I wonder how much trouble they are?

7 thoughts on “Misc. / Heading to Oklahoma”