I hate it when I have to decide about which race to go to. Especially when both the races are good events that I’ve raced previously. That is the case this weekend. I hate it even more when I have to make that tough decision when I’m riding and feeling like shit. But, in cyclocross, there is no hiding, so there isn’t an easy race to do. I saw it happen in MTB racing and now in cross, the promoters don’t get together and figure out a good race schedule for the season. I’d like fewer races that are bigger. People seem to think that races such as these, Oklahoma and Nebraska, aren’t competing for the same riders. That isn’t true.

Nationally, there seems to be an open weekend before Thanksgiving. Not in the Midwest. There is the Nebraska Race Weekend in Lincoln. Both the days are in Pioneers Park and the courses are great. And then there is the Ruts and Guts races in Broken Arrow, a suburb of Tulsa. It has such a prizelist that it is impossible not to support.

The Nebraska races are the State Championships. Plus, my buddies, the Sheclismo’s (click the link to get all the info) have their own ranking/scoring/entertainment system to add to the excitement for the women. If you are lucky, you can get the secret handshake for the Sunday morning/post race party/hangover breakfast. Those guys support women’s bike racing as well as I’ve witnessed anywhere. They make it fun and easy to participate.

The Ruts and Guts has a crazy prize list for cross. $1000 to win for the Elite men and $750 for the women. Plus all the other categories are good too. The races are Friday night and Saturday. Cross racing in dryer climates, California, Texas, and even Oklahoma is sometimes more like MTB racing. That is something that I failed to consider last year. Last year they had a goathead issue there. I flatted just about every tire I owed. Tufos with latext was the tire of choice last year. I don’t have any of those, but I have clinchers sealed up tubeless. I flatted two slime tubes that weighed 500 grams each last year. I have been assured that won’t be the case this year. (see comment below)

The guys in Oklahoma know how to enjoy themselves and put on great races too, just like the Nebraskans. It’s a pity that the races are overlapping. I guess I could always drive up to Lincoln for Sunday. Now that’s a thought. 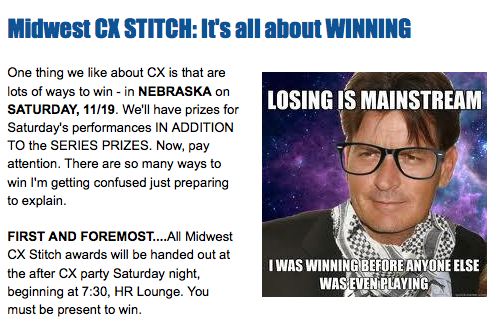 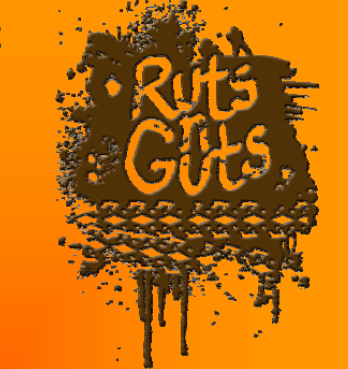 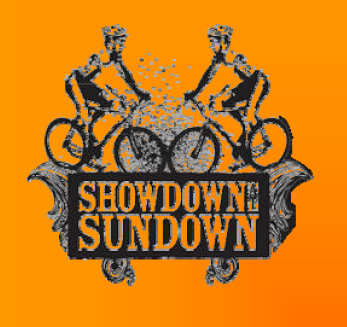