I’ve been watching these three kittens run around for the past week and am amazed how agile they are. And how fast they are gaining coordination and speed. I compare that to the average human and we pale in nearly all aspects of athleticism. I’ve addressed this before, but it never ceases to amaze me.

On the ride yesterday, we just rode out a new rails to trails path that is here in the city of Topeka. It is a big deal around here because Kansas doesn’t have much public land. In fact, by percentage, Kansas has the least amount of public land with over 99% of the state being in private hands.

Anyway, while we were riding out the trail, I was thinking that it doesn’t seem that outrageous to think that the average person should be able get on a bicycle and ride the 15 miles out to the end of the path and back. But, obviously, that isn’t the case. I don’t think the average American could go out and easily walk for an hour. Something is wrong with that.

On Friday I saw a couple yard guys riding motorized fertilizers. I’d never seen such a machine. It seems that we’re coming up with more and more personalized robot type things to transport us around for doing just about anything. Riding mowers, golf carts, scooters for meter readers, electric carts for grocery shopping, the list is never ending.

Obviously, most of us do a lot to try to be fit. Athletically fit and generally fit. And no matter how much we train, most untrained mammals can take us to the cleaners in most all athletic endeavors. That is just the way it is.

But, the automation of nearly everything is definitely adding to our deficit. We don’t even expend any energy to manually roll up the windows of our cars anymore. I wonder how many calories we’d burn if there weren’t remote controls for our TVs? But, TVs don’t have buttons anymore, do they?

When I was in NYC a few months ago, I was surprised that nearly everyone there was pretty thin. Not necessarily healthy looking, but definitely not fat. It has to be the amount of walking the average New Yorker does.

I’m going to make it a point to start always taking the stairs when available. Especially after watching the USGP in Louisville yesterday and seeing how many stairs and run ups there are going to be in Louisville in January. If a few more people would do that just every once in a while, then we all be better off in the long run. 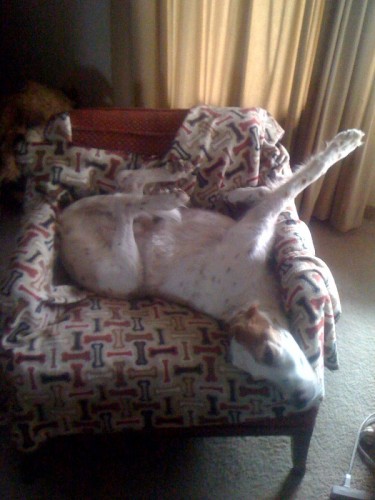 Bromont had such a heavy exercise schedule this past weekend that he already has to nap by 9 am this morning. 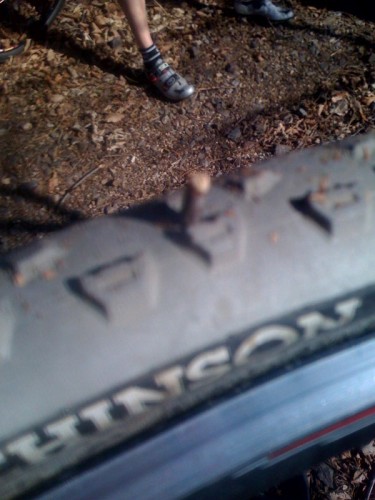 I got a Locust thorn in my tire on the ride yesterday. I need to seal them up with latext. 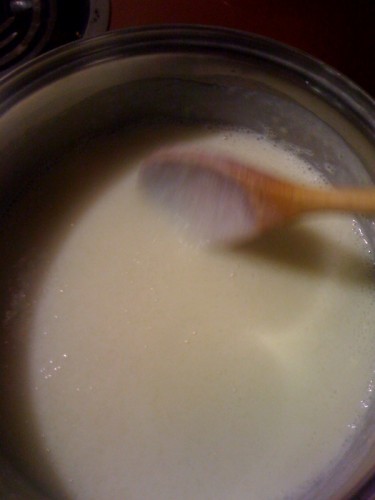 I made tapioca pudding yesterday. Nothing but tapioca, milk, egg, sugar and vanilla. I love it. 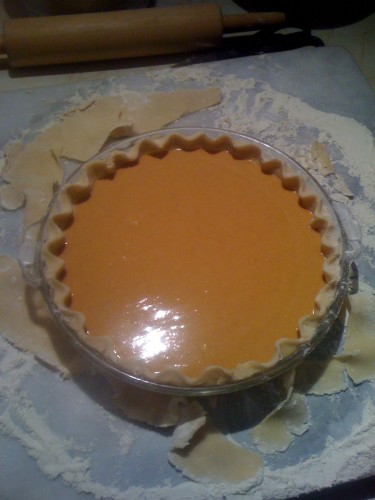 Plus, a pumpkin pie on Saturday. It is about the same for ingredients, but the crust isn't that good for you. I don't really care, because I love it too.

13 thoughts on “Humans are Incredibly Unfit”