I’ve watched 2 cyclocross races in the last 12 hours. One live last night here in Topeka and the Super Prestige this morning on the computer. And I’ll probably watch the USGP in Louisville this afternoon too.

I’m not too big on watching races that I’d like to be riding. But, if I can get past that, I really enjoy it. There is always something that you can learn from watching your sport as a fan. If you don’t learn anything, then you need to pay closer attention.

I used to think that cyclo-x was like time trialing. Or MTB racing. You against the course. Since cross became popular again this past decade, I’ve reaccessed that opinion. It is closer to criterium racing in the rain. You against your fellow competitors, with the course being another element to deal with. Sometimes it is the course making most of the selections, but more often than not, it is the riders.

I’m not sure if you have to compete in the sport to truly understand it. Watching the crowds at the Super Prestige today, it is obvious that all those people couldn’t have all competed in cyclo-x. Maybe competing in the sport before spectating makes you appreciate it just that much more. I don’t know. But, watching cross in person always stresses to me how hard the sport is.

Last night’s race seemed to go on forever. It was the standard hour. It split up pretty early. Andrew Coe got a small lead from the start and the rest of the race, Bill was just losing a few seconds each lap. When I was watching, I almost couldn’t understand how that small gap could be so nearly impossible to close. But I did understand because that gap has been in front of me so many times before. The cool thing is when you do close it.

We stayed around after the race and helped break down the course, removing ribbon and stakes. I’d also nearly forgotten how much work it takes to promote a cross race. Cyclocross is such a great sport because it draws so many dedicated individuals that like to spend nearly all their free time promoting and participating in it. 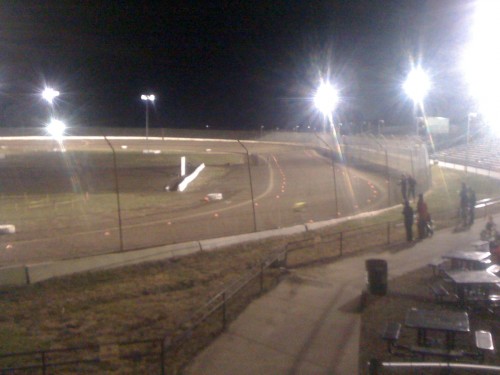 The Elite race started at 8 pm under the light and used the dirt track at Heartland Raceway for the riding section. 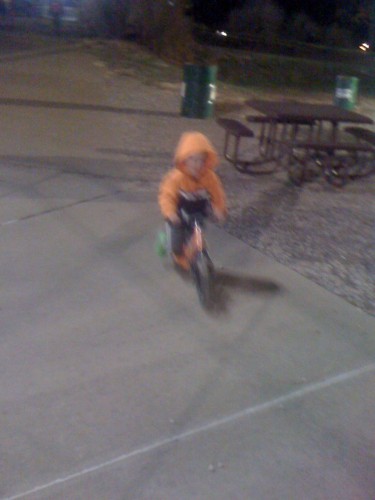 My friend Vincent is in town visiting his dad. This is Pascal, Vincent's kid. He is 2 1/2 and can cruise on this pedal less bike. On and off road. 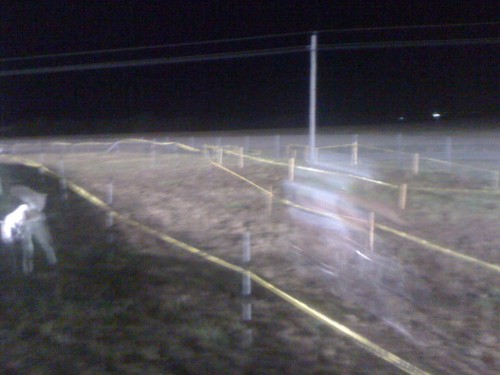 My iPhone doesn't work too well at night for photos, but I liked this one. The blur is Bill going by, with Bromont in the background thinking he's seeing a ghost. 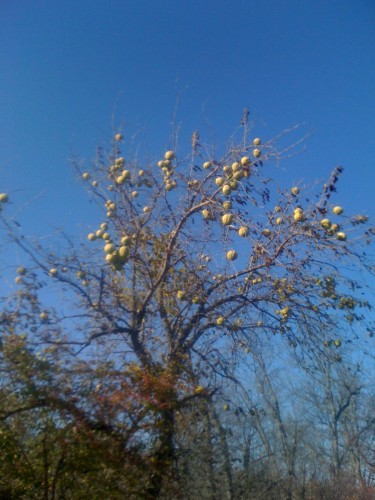 It's a banner year for Hedge Apples this year. I don't think they grow that many places, but I might be wrong. The wood is super hard. It is said that back in the Indian days, a hedge bow was worth two horses.

3 thoughts on “Watchin’ instead of Racin’”