Somehow in my mind I got the next two weekends mixed up and I thought the USPG Cylco-X in Louisville was next weekend and the Ruts and Guts Cross in Tulsa was this one. I don’t have any idea how that happened, but it sure throws off my focus and kind of screws up the rest of the week. Instead of driving a couple hours down to Tulsa, I have to spend two full days driving to Louisville and back.

I don’t even really want to go to Louisville. I still have the reminisce of a cold, plus I have to fly all day back to Kansas this afternoon and don’t get home until after midnight. I don’t even know what to race. I suppose I’ll just race the Elite race, as usual, but my motivation for that is non existent. But, I want to go and check out the course that they’re using for the Master’s Cyclocross Worlds in January and can’t really miss this opportunity.

Plus, I just got a text from my friend Joe Royer from Memphis. He’s putting on his Outdoor Inc Cyclocross. It’s the longest running consecutive cross race in the US, with this being the 25th year straight they’ve held the event. I’d much prefer going to Memphis and get treated to some of Joe’s Memphis hospitality.

Too many things to do and not enough time would be the appropriate saying here.

I spent the last two days at altitude in Idyllwild, CA, at a house that Don and Sue have up in the mountains. It is great. Don’s been working on it ever since they’ve owned it. They did a pretty major renovation this past summer and he’s still finishing up the stone work and tiling. I helped out a little by grouting the back splash in the kitchen. There was snow on the ground, so we had to go down Garner Valley to ride. There is a ton of climbing here and that is what we mainly did. I’m not sure that is what I needed to do for cross, but I didn’t care, it was great. The scenery was great, with the snow up on the hills.

So, I’m going for a ride soon in San Diego, pack my bike back up and head to the airport. It is gonna take most of the day to get a grip on what I have to do the next two days, since I was so off originally. 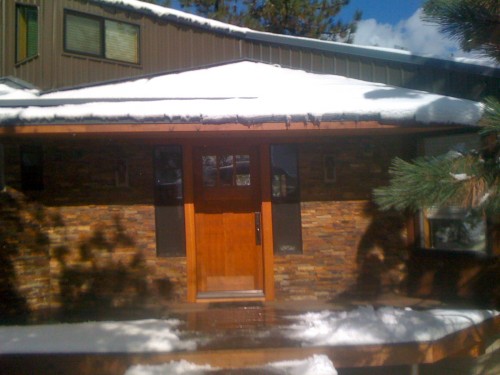 Don and Sue's place in Idyllwild. 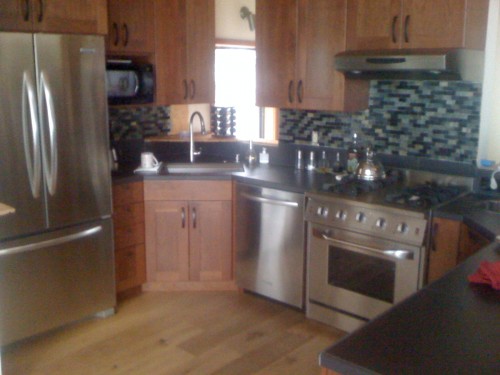 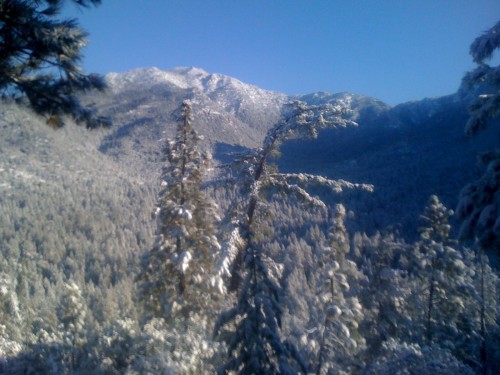 Their view from there back porch is awesome. 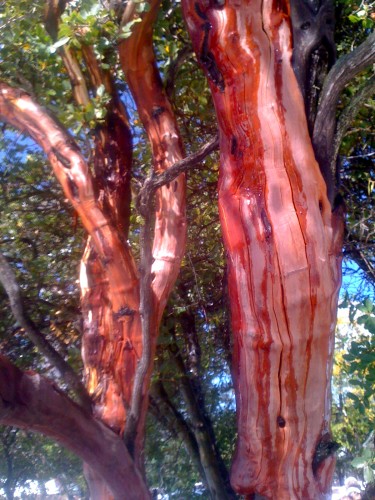 This is beautiful wood. It is a Manzanita tree. I'd never seen one before. 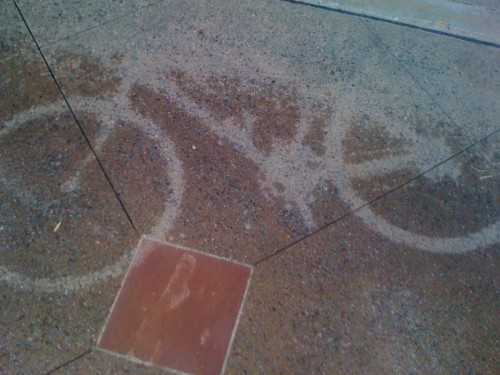 Since I'm putting on artsy photos, I took this picture in La Jolla. Don just picked up his MTB bike when it was drizzling and it left this shadow. 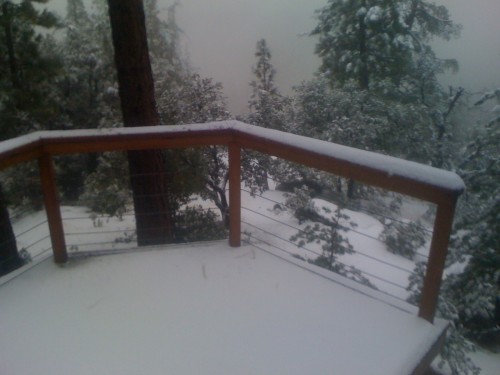 Snow off their back deck. 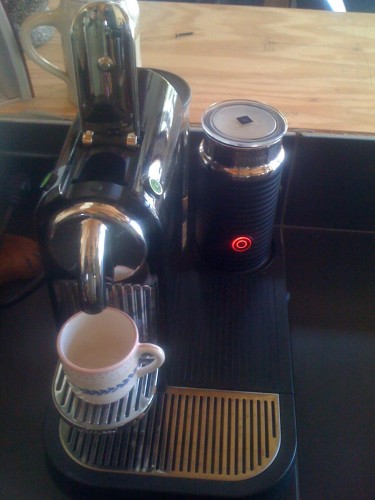 They have an European style pod espresso machine that makes nearly the best coffee I've had out of a home brewed machine. 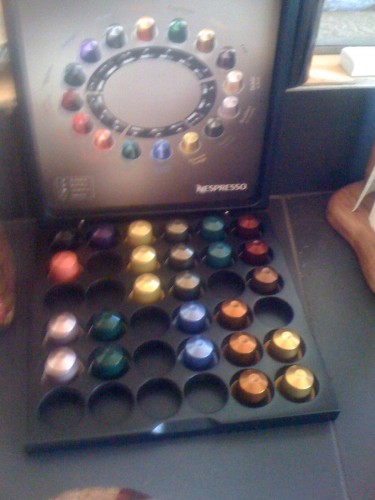 These are the coffee pods the machine takes. Quite a selection. I think they are about 50 cents each.

3 thoughts on “Mixed Up Weekends”