Yesterday every thing went great. My new favorite airlines is Frontier. Southwest is a close 2nd. Frontier does most everything that Southwest does that I like, not charging for changing tickets, buying one way tickets, etc. But they don’t charge anything for shipping bikes. That is a pretty huge saving, depending on which other airline you might being flying. You even save $100 RT compared to Southwest.

So, I got up to Don and Sue’s house in La Jolla yesterday, and was talking to Don about riding rigid forks when I instantly thought that I didn’t have my XTR pedals to race cross. I never forget stuff. Well, obviously that isn’t true. I usually have a mental check list that it pretty complete and I over prepared if anything. That is probably half the reason I have a full size van to drive around most of the season. But not this time. And it’s a drag.

I’ve never forgot my shoes. Thurlow Rogers once forgot his shoes at a huge stage race in Italy and ended up riding some spectators shoe’s, that didn’t fit him, but he had a great ride and finished 2nd. Bill Stolte, a few years back, forgot his shoes at the hotel for the Burlington Road Race, in Iowa. He used our friends Vincent’s shoes and Speedplay pedals, vs. Shimano, and he also got 2nd on the day. I wonder if that is just a coincidence? I’ve never forgot my shoes. But I have pedals.

Anyway, I was stressed most of yesterday afternoon. I finally got a hold of Mike Olson, the czar of the Trek Stores of San Diego, and he found some pedals up in the Vista, Ca store. I would have went there and got them, but the traffic here is so bad on Friday between 3 and 7 on Friday, that it would have driven me nuts.

So, I’m going to go by the store today on the way to the race and get them. I’m still uneasy about that, but I really have no reason to be. The pedals are at the store and I can get there. But, that’s the curse of being an athlete. You always need to have something to worry about. 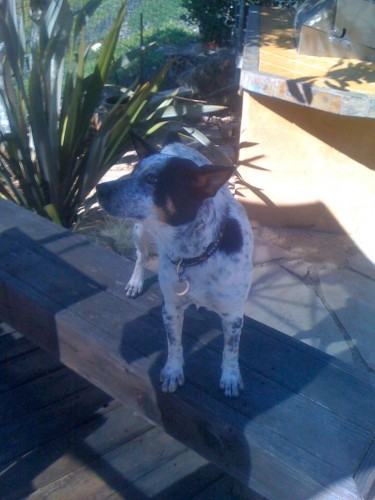 Don and Sue's new dog, Kaya. They found her on the way back from Durango a couple months ago, on an Indian reservation. She had been shot in the head with a shot gun and is now missing one eye, but it doesn't seem to slow her down the least. 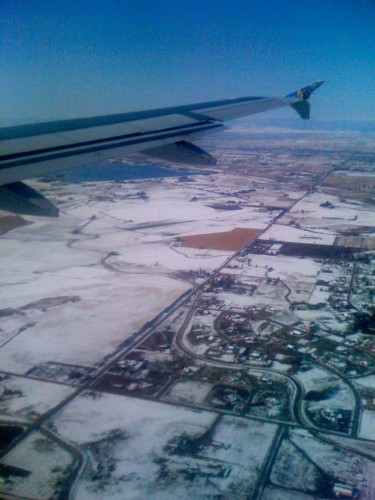 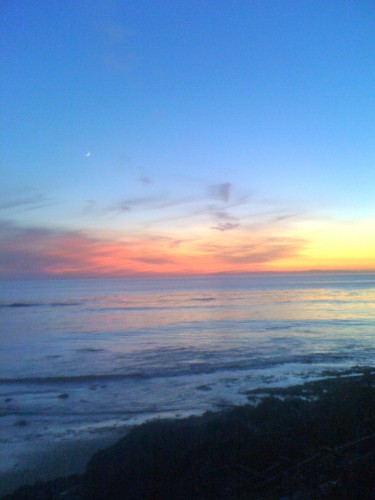 Sunset over the ocean yesterday.

7 thoughts on “How do you Forget your Pedals?”