Yesterday I rode to Lawrence again on gravel. That is 4 times in 7 days. I’m not sure why I’m stuck in the rut, but it doesn’t feel like a rut, so I’m not stressing about it. It might be because it is so calm on the ride. Other than seeing a couple farmers on their combines and maybe a train engineer or two, there is no one. And fall is my favorite time to be riding the road. Nature is changing everything up while people are trying to tidy up their stuff before the winter.

I’ve had a some time to think about things since I buried Marti on Monday and I’ve been using it to think about big subjects. Mainly about life. Life in general.

I am surprised how taken back I was with how fragile life is. It is there and then, poof, gone. And how complicated it is. There are a ton of caterpillars crawling on the gravel right now. It is crazy how impossible it would be for a human to try to “manufacture” a caterpillar. It is beyond impossible at this stage. And I don’t know if caterpillars are very complex.

I think life is unbelievably cool. It seems to come from nowhere. It is an essence of something that, I’m pretty sure, I will never understand. And I accept that. It is beyond my comprehension. It still makes you wonder though.

Like I wrote on Monday, death is always the closest I get to religion. Not organized religion, but my own religion. And in my religion, life leaves one thing, Marti for example, and is still around in the general “life pool”. It’s not something like reincarnation. I don’t think that Marti is going to come back as another dog. That would be too eery. I think that her life essence is still contained in our system and is utilized somewhere else. Maybe a tree or fish or algae, I don’t know. Something like Avatar, the movie. A life force.

Of course, I’ll never be able to prove any of this. It just makes one feel better about the whole thing. A continuation of sorts without having to get too weird about the specifics.

I had a grasshopper jump onto my shoulder on the way back yesterday and it sat there for over an hour. I didn’t mind him catching a ride. I was a little worried, though, that he was getting too far from his stomping grounds. For an instant, I thought maybe the grasshopper was Marti, but I’m pretty sure that the grasshopper was older than one day old. Maybe next spring, if a grasshopper catches a ride and I think it might be Marti, it will seem more believable. 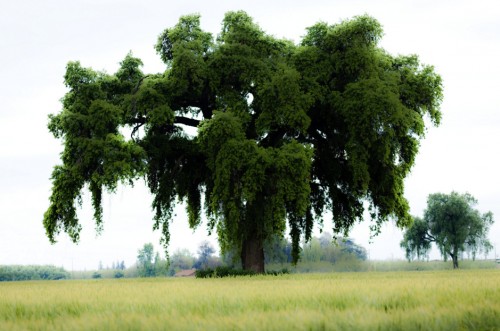 22 thoughts on “A Closed System”