From the USA Cyling Rulebook-
5G. Finish
5G1. Before the start of a race, it should be announced whether lapped riders will be pulled or remain in the race. If riders are to be pulled, the following applies:
(a) Riders who have been lapped shall continue the lap to a designated location before the finish line and withdraw, under the control of the officials.
(b) The Chief Referee may, after consulting with the organizer, impose the 80% rule. Under this rule, riders whose time gap to the race leader is at least 80% of the race leader’s time for the first lap will be pulled by the officials unless it is the final lap. The number of 80% is merely an approximation based on a typical course; the intent is that all riders should be pulled before they are lapped.
(c) Riders who have been pulled because of lapping or the 80% rule will be listed in the results based on their position when pulled and the number of laps remaining. The results will list the number of laps remaining after the lap on which they were pulled.

I’ve been pulled in exactly two cross races in my life. Elite Nationals last year in Bend and the UCI race on Sunday in Madison. Both times it was because the officials “decided” to impose this bullshit 80% rule. Neither of the times was there a chance that I was going to be lapped by the leader.

The rule is bullshit on many levels. Least of all that the officials don’t know how to calculate the time to enforce it. But most of all because it doesn’t allow good riders to have the chance to race, sometime up to the last 30% of the race. Riders that are going to finish in the top 25 of the Elite Nationals field, of over 150 guys on the start line. Riders that lost a huge chunk of their time the first two laps when they were not moving.

Another problem with the rule is that the officials seem to only use the 80% number and not the last section of part (b) that states- the intent is that all riders should be pulled before they are lapped. I think that in important races, that the officials need someone that is exclusively appointed to calculate the time that each, and every rider, will be lapped and then pull them at that point. I know that sounds like a lot of trouble, but really, it’s not. I could do it with a wrist watch and pencil easily. With basic chip timing, it would be a no-brainer.

Let’s use last weekend for an example. On Saturday, for example, the official pulling spot for the 80% rule was the same as Sunday, about 75 meters before the finish line. They pulled 6 riders, approximately 10% of the finishers at that point with 1 lap to go. So, those riders had to ride 75 meters to ride before they started their final lap and there was 0 % chance that they were going to be lapped because Ryan Trebon would have already finished the race. There should be absolutely no pulling of riders on the final lap unless there is a chance that the rider is going to interfere with the leader on the final straight.

On Sunday the same thing. I’m just going to leave myself out of the mix, but maybe up to 25% of the finishers of the race were pulled with very little chance of being lapped. And they have it “officially” stated that 28 riders, out of the 53 riders starting the race were lapped. Total bullshit. You can go all the way back to Mike Sherer, who they have officially finishing in 34th place. He would not of been lapped. He would of had to lose twice as much time with 2 to go, than he had been losing the whole race. And that is presuming that Bart Wellens would keep going the same speed as he had the whole race, which he didn’t. His final lap was 39 seconds slower than his fastest.

When I was pulled, with 2 laps to go, I waited at the line two minutes before Wellens came by. I was told by the official that the time back his was using for the 80% rule was 6 minutes, 44 seconds. I have no idea how he came up with that number. If you apply the rule correctly, 80% of the of the fastest first lap time of 8:37 is 6:51. And Wellens did an 8:26 lap, so if you subtract the two minute I stood there then it would of been only 6:26. And the official had already pulled 4 riders ahead of me, with Brad White, probably being 30 seconds ahead of me, so he was only 5 something back at the time. None of us were going to be lapped.

It didn’t really matter to me because I wasn’t having a good race, but it is the principal of the thing. At Nationals last year in Bend, I would have passed another 10 riders at least, maybe more, during the last two laps of the race I didn’t get to ride. That would have put me into the top 20, which was not a bad result considering how far back I started and how unbelievably hard it was to pass the first few laps. I would have had to lose 2 minutes to Todd in one lap when I was losing about a minute a lap average the whole race. It was just dumb.

This rule is for lazy officiating. It’s just a bad rule all around. What if a rider loses 60% the first lap. He is going to be lapped for sure the next lap, but the rule doesn’t apply. I don’t want lapped guys screwing up the finish of UCI races, but come on, this is just stupid. When there are only 8 USGP races, that have only 60 riders or so starting, I see no reason that they should be pulling over half of the guys of the race when the riders spend all this money and effort to come compete. The riders in these races aren’t shitty bike riders. They are the best in the country. I see no reason to pull them other than the officials can’t do simple arithmetic. Like the rule says, the intent is to pull riders before they are lapped, not if they not going to be lapped. 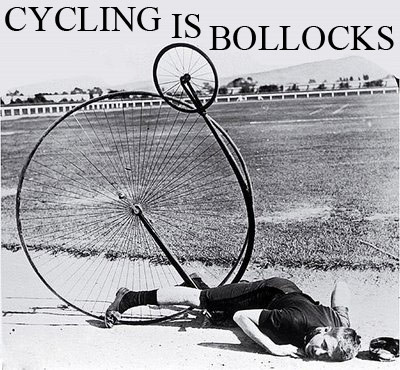 This is pretty much what I was thinking after getting pulled at Nationals last year. 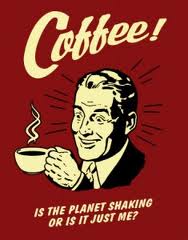